The primary objective of this study is to test the effectiveness of Speed Manipulated Adaptive Rehabilitation Therapy (SMART) cycling.  This adaptive technology, developed in our lab, should optimize benefits within and between sessions. Our central hypothesis is that SMART cycling will improve Parkinson’s disease (PD) symptoms with decreased heterogeneity in responses and will improve function and quality of life. To test the effectiveness of the adaptive dynamic model, we will examine changes in motor performance and quality of life over 12 exercise sessions. Outcome measures include UPDRS Motor III, PDQ-39, Physical Performance Test, fine motor control (hepatic device). Our long-term goal is to develop an optimal rehabilitation paradigm for PD. 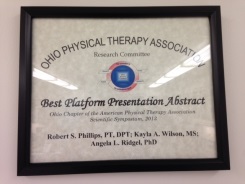 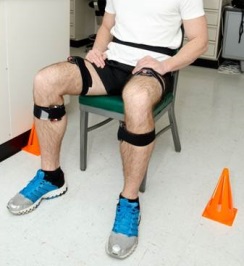 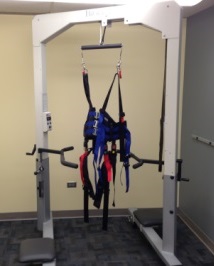 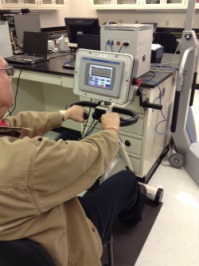 Dr. Ridgel is currently accepting MS and PhD level students in her lab.  Teaching and research graduate assistantships may be available to qualified individuals.  Email Dr. Ridgel for more information.