Film Focuses on Reintegration After Incarceration

Kent State alumnus Tyler Pina, ’14, recently teamed up with fellow alumni to create a film focusing on the stories of inmates’ lives, post-incarceration. Pina graduated from the digital media production major three years ago, and works in San Francisco as a video director of The Verge, a Vox Media company, and is founder and CEO of Neon Flamingo Films.

This film, “88 Cents,” which has been submitted to the Sundance Film Festival, aims to draw awareness to the difficulty of reintegrating into society after leaving the prison system and the lack of resources provided for these people. Using unique perspective to help this overlooked community, the goal is to ultimately reduce the stigma associated with having a criminal record.

“I think there is power in filmmaking; we can offer audiences a glimpse into the lives of people that many might not understand. As we learn about these people, we can begin to empathize with them, change our opinions of them and treat them differently,” Pina said.

Having the opportunity to work together is an exciting part of this project for Pina and these Kent alumni: Anna Eliopoulos, ’15, Matthew Petrunak, ’14, Josh Quiros, ’15, Charles Hughes, ’14, Ryan Garakouei, ’13, Matthew Weitz, and Keegan Larwin, ’15. They met in the School of Journalism and Mass Communication (JMC), while working with Kent State University Independent Films (KSUIF) and other productions, and were able to reunite out in San Francisco to create the film, all bringing their acquired skill sets to the table.

Pina, the 2016 JMC Fast-Track Award winner for early career achievements, praised JMC and its programs, crediting it for laying the foundation of his career.

“For me personally, I wouldn't be where I am if it weren't for the experiences I gained through the JMC program,” Pina said. “There are little things that I've learned from my classes that I still refer back to in my professional life. More importantly, it gave me experiences that have developed my leadership and filmmaking skills. I feel like I graduated not only with a degree, but also with four years of experience and a portfolio of work that was more diverse than many people at my age. That gave me the confidence to move across the country and pursue the work that I love.”

As featured in Jargon, 2017 | Learn more about JMC alumni leaders. 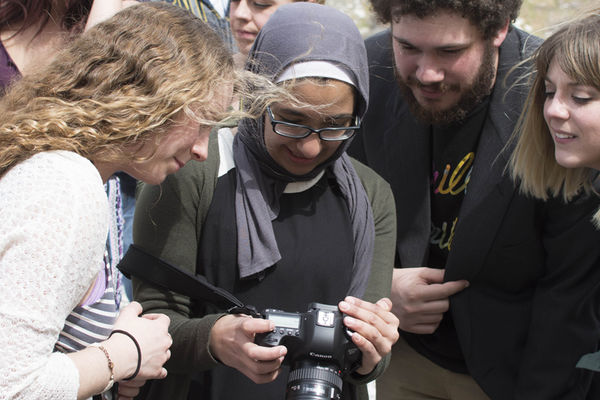