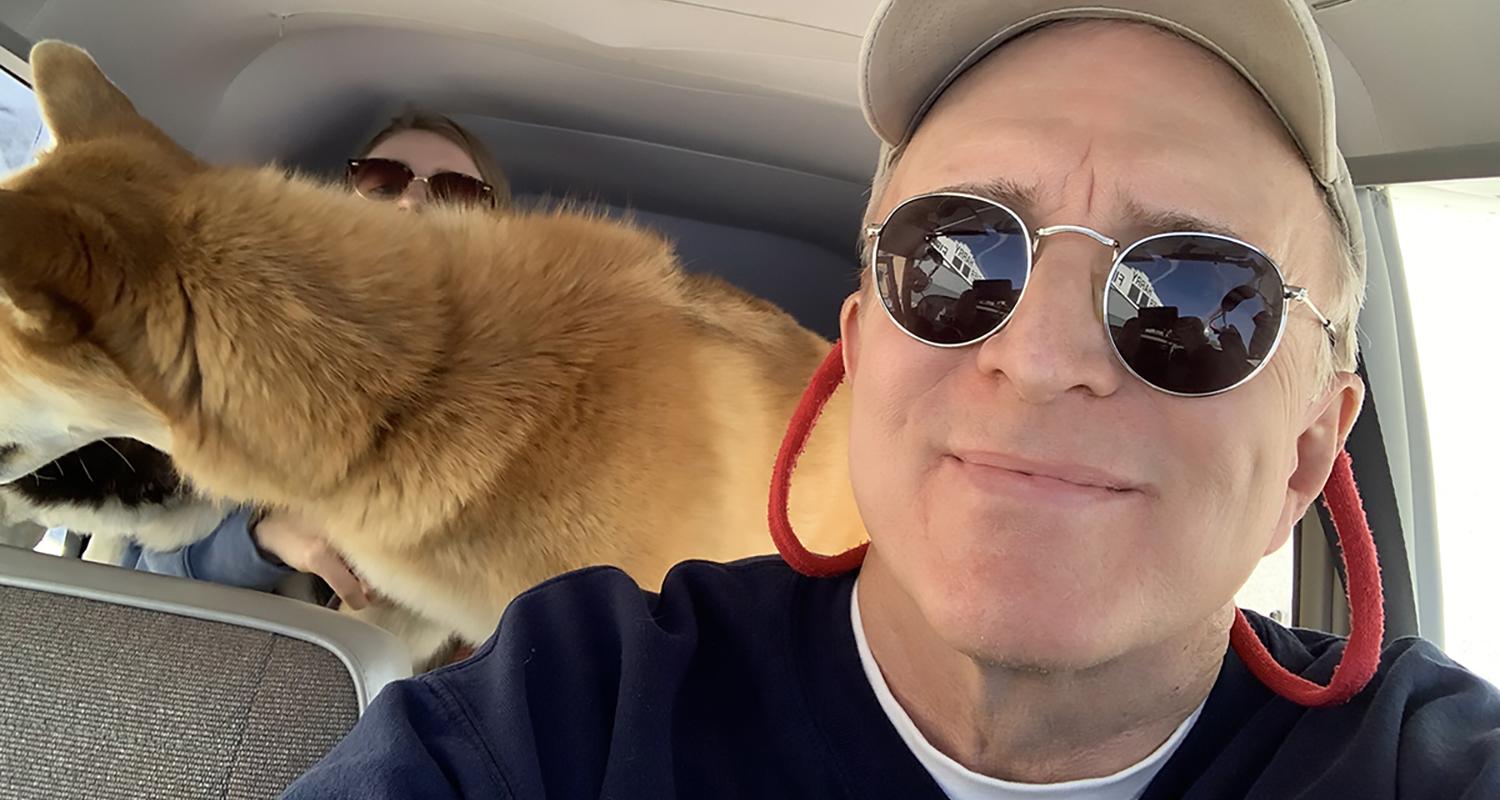 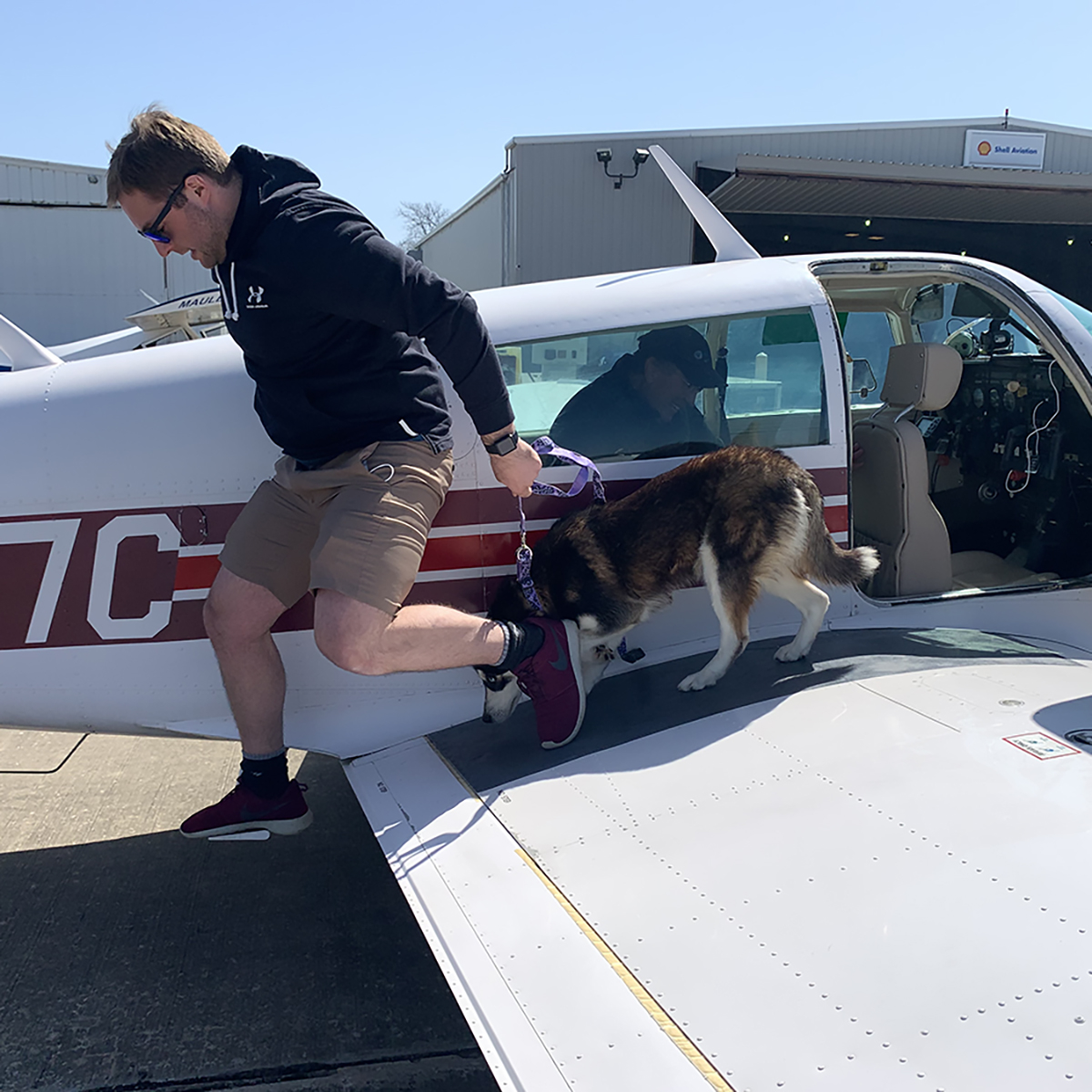 Time was running out for Kovu and Mage, two 10-month-old sibling Huskies being held in a shelter in Newberry, South Carolina. But, the dogs’ fates took a turn for the better because of a team of caring individuals, including pilot and Kent State School of Media and Journalism Professor Joe Murray, Ph.D.

Monica Marshall, a Michigan-based Transport Coordinator for Forever Husky, got the ball rolling by contacting the animal rescue organization, Pilots N Paws (PNP), with a request to rescue the pups and transport them to Kaleidoscope K9s, an animal adoption agency based in Seville, Ohio, that could receive Kovu and Mage and help them find their forever homes.

Pilots N Paws maintains a discussion board and roster of pilots who help rescue animals from locations all over the United States. A national map on the site plots routes and distances between senders and desired destinations and reports distances and trip legs to local pilots based on the location of their home-base airport. Individuals and organizations request rescues through the PNP web site and network. Local pilots select routes and volunteer to combine flight legs to quickly and efficiently fly animals to safety. PNP volunteers on the ground coordinate all of the tasks of transport with the pilots.

Luckily for Mage and Kovu, two pilots responded to their request and the rescue effort began on a sunny Saturday morning in March. Pilot Richard Repaire departed from Anderson, South Carolina, in his turbocharged Mooney and quickly arrived in Newberry where the dogs were already waiting at the airport. He removed the rear seat to make room and tethered Mage and Kovu in the back of the airplane cabin for the 90-minute flight to West Virginia. 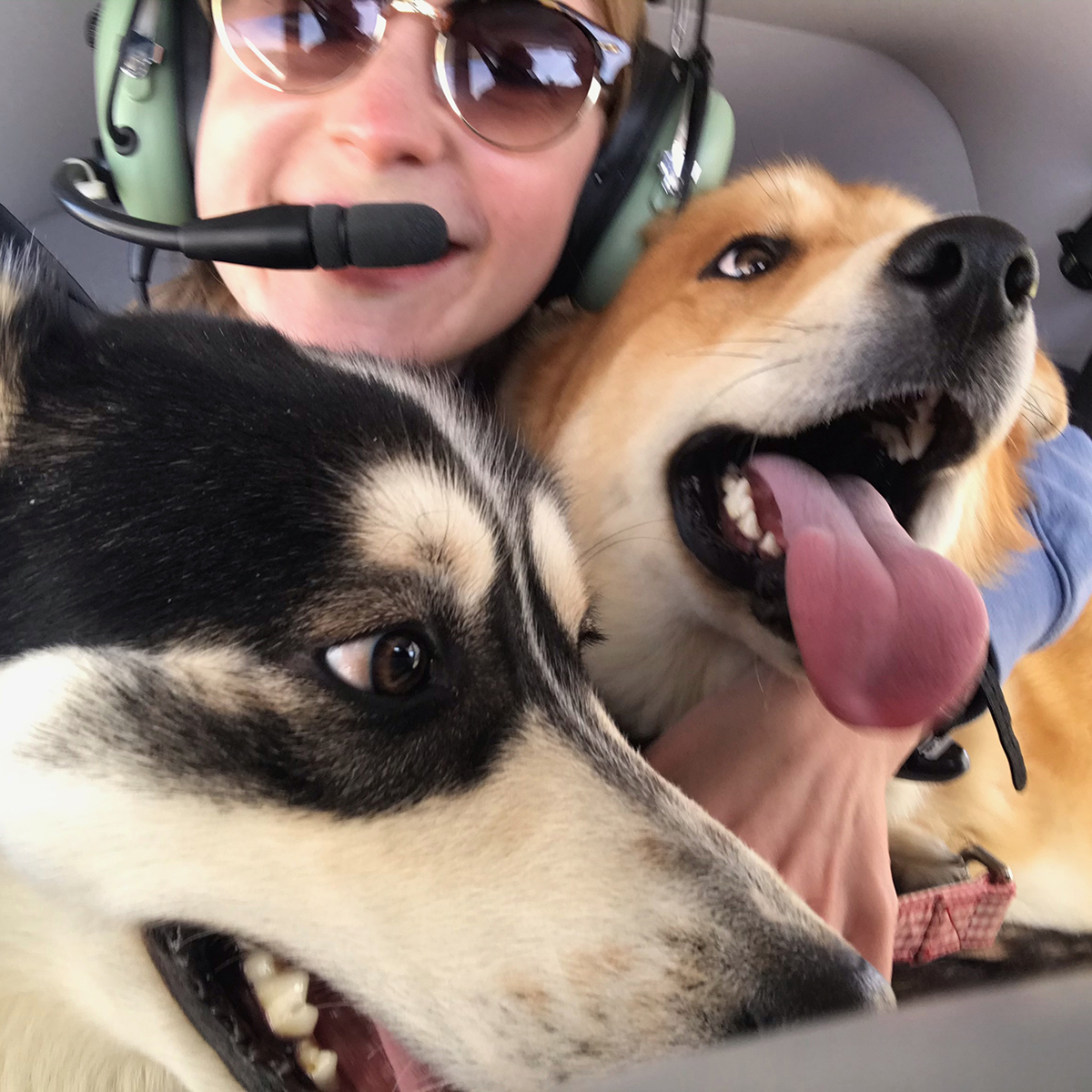 Meanwhile, Kent State professor Murray was already enroute from Kent flying in his Maule, accompanied by son-in-law Chris Willer, a Ph.D. candidate in Geography, and Murray’s daughter, Grace, a Ph.D. candidate in Psychology. Never having flown a pair of energetic Huskies in a small aircraft, Murray designated Willer as the official “dog-wrangler” and daughter Grace as “dog-whisperer” to help keep the dogs calm in flight. When all arrived in West Virginia, the brother and sister Huskies got a chance to stretch their legs and play in the grass behind the hangar while the airplanes refueled and the pilots discussed transport strategies. Repaire is a PNP veteran, flying rescue missions each month for the past several years. This flight was Murray’s first animal transport for PNP. When Murray asked Repaire if he ever experienced any problems, Repaire laughed, and said “never,” but on one flight, his grateful canine passenger “managed to surprise him with a lick on the face while enroute.”

PNP’s work is not limited to domestic cats and dogs; a recent flight transported a great horned owl from Maryland to a sanctuary in Minnesota. Meanwhile, a chinchilla is presently anticipating a ride from Nebraska to Connecticut.

Murray also volunteers for Angel Flight East, a humanitarian organization that helps cancer patients get to treatment in far-off hospitals. Recently, Angel Flight has also taken on flights that include not only human patients but PPE destined for medical centers fighting the COVID pandemic. 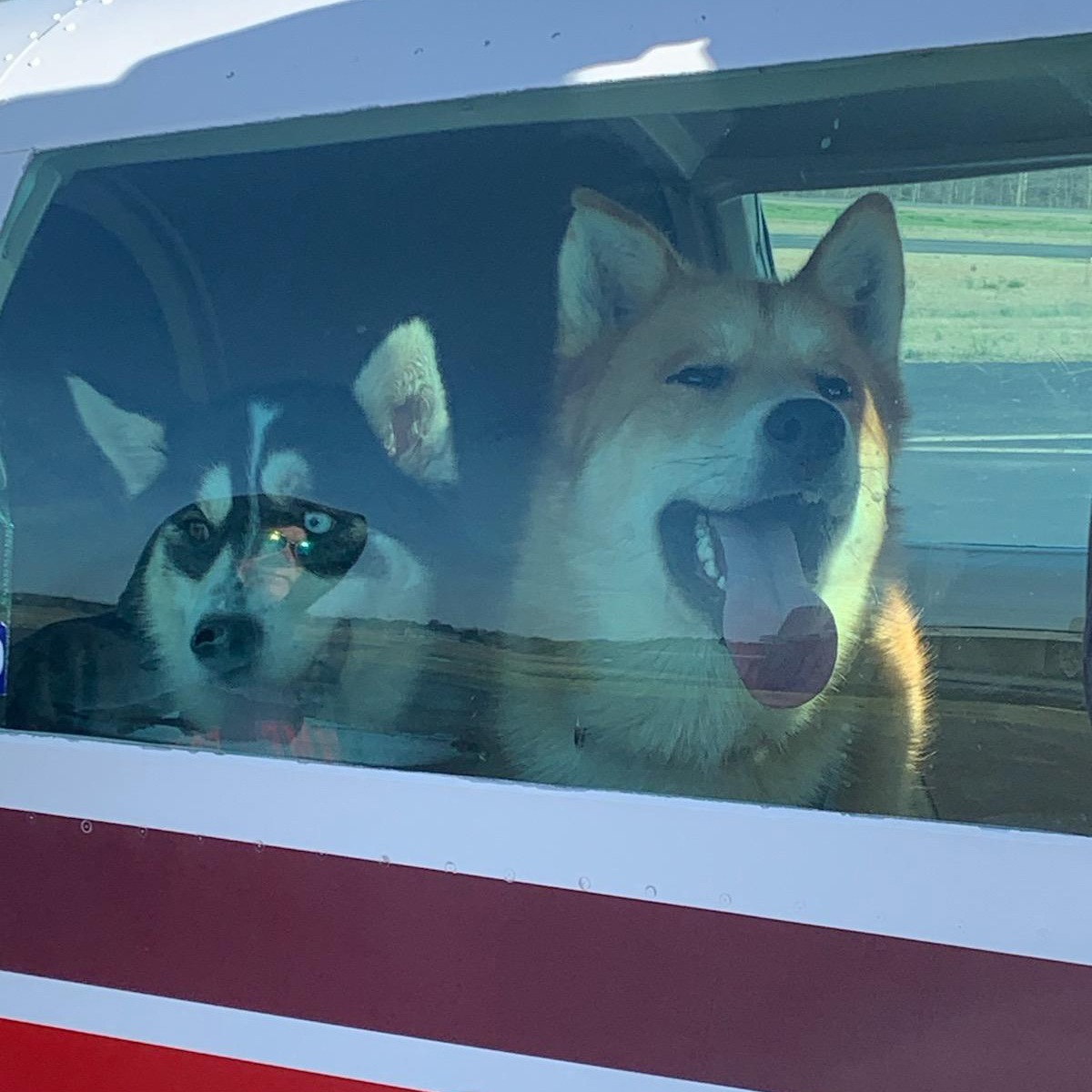 Murray said he enjoys “the opportunity to contribute to the efforts of humanitarian organizations, especially during the pandemic.” He said the good work helps him to “remain sane” and inspires his students “to live an authentic life.” Murray noted on the return flight to Ohio “dogs in airplanes are just like children—they fall asleep within ten minutes of arriving at the cruising altitude.”

With Kovu and Mage on their way to a new chance at adopted life in Northeast Ohio, the two Kent State Ph.D. candidates and professor pilot mused in-flight that the perfect destination was only an hour away at Harry Clever Airport in New Philadelphia—the three-letter airport identifier? PHD.

To learn more about the School of Media and journalism, visit www.kent.edu/mdj.

It is not necessary to be a pilot to contribute to the efforts of any of the organizations named here.  For more information contact them via their websites.  Tell them Mage and Kovu sent you.