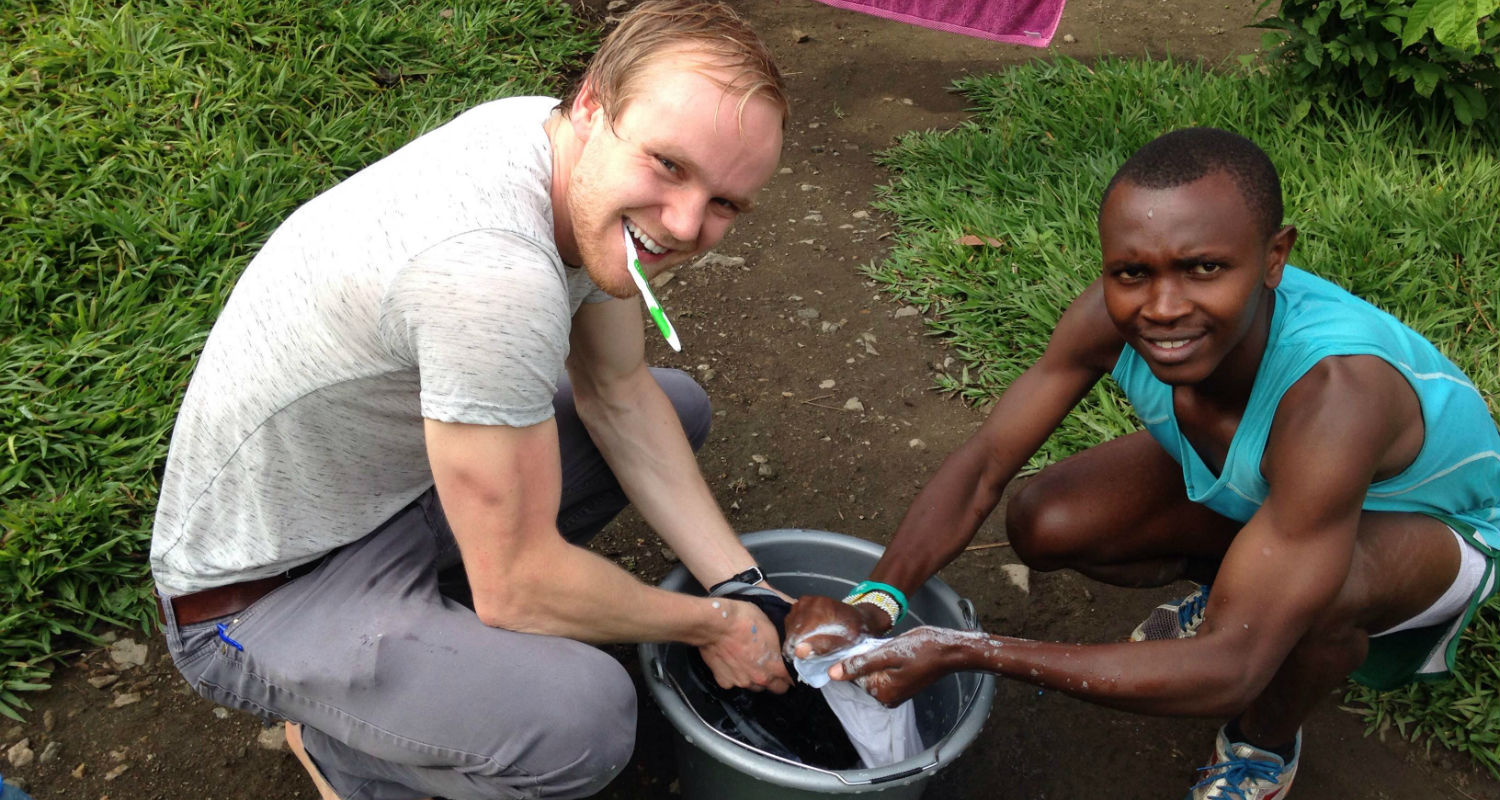 Kent State University global communication studies graduate student Daniel Socha’s research on a non-profit organization’s efforts to support youth education in the Democratic Republic of Congo (DRC) recently caught the attention of National Public Radio (NPR). In May, Socha traveled to the DRC to study and report on Project Kirotshe, a non-profit that provides funding for youth in the village of Kirotshe and surrounding areas to attend school.

Socha’s travel was funded through a fellowship by the Pulitzer Center on Crisis Reporting. He was one of only 31 students nationwide to receive a fellowship to complete an international reporting assignment; the center provides funding for students to report on international issues as part of the center’s Campus Consortium educational initiative. One of the stories Socha developed for his reporting assignment was published on NPR’s website.

“It was awesome to see my article on NPR’s website,” Socha said. “To see my words and to know that I did that – I wrote that – was amazing.”

Socha’s decision to report on Project Kirotshe was several years in the making. Before pursuing his graduate degree at Kent State’s School of Communication Studies, Socha worked at a refugee resettlement agency in Cleveland where he met Makorobondo “Dee” Salukombo. Salukombo, a refugee from the DRC, and the founder of Project Kirotshe.

“When he was in college, Dee wanted to raise money for his village back home,” Socha said. “After 11 years he went back to Congo to visit his village, Kirotshe, and he found that war had left many problems and much hopelessness.”

“People always wonder, ‘Why a running team? How can running be so important?’” Socha said. “The youth who participate on the team learn to work together, they become responsible individuals, their time is occupied which keeps them from joining militias, school fees are paid for so they can attend classes and they gain a sense of hope for the future.”

In addition to furthering awareness about Project Kirotshe, Socha wanted his reporting project to help with the process of changing the image of the Congo. He said that he hopes his reporting effort will be a small piece in the puzzle of how people view Africa and think about poverty, war and conflict.

As a global communication studies student, Socha credits his courses in the School of Communication Studies with helping him successfully complete the reporting assignment for the Pulitzer Center on Crisis Reporting. He said his communication studies classes taught him how to conduct responsible research and ask the right questions.

Elizabeth Graham, director for the School of Communication Studies, said, “Our global communication studies students are well positioned to interact and communicate with people from many different cultures. Daniel’s work demonstrates how classroom instruction can translate to practical settings and inform both the process and the outcome. As a global communication major, Daniel has developed the necessary skills to have an impact on important and consequential global issues such as poverty and war. We are very proud of his accomplishments and his dedication to making the world a better place.”

Socha hopes that he can return to the DRC in the future to continue reporting on Project Kirotshe and the impact it is having on the youth in the village. All of the articles he produced for the Pulitzer Center on Crisis Reporting can be viewed on his page on their website.