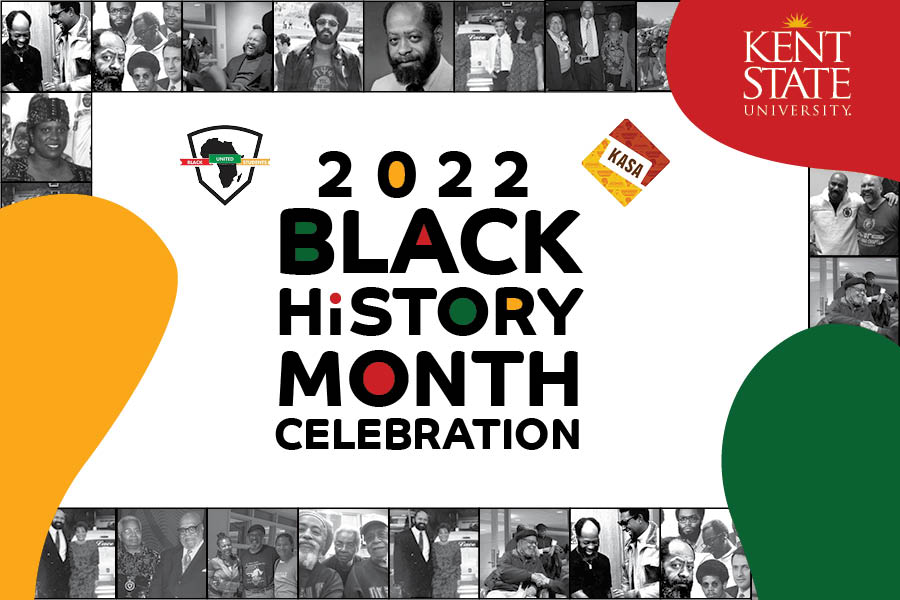 To acknowledge and honor the fact that Black History Month began at Kent State University
and pay homage to those who were pivotal in the origin of the month long celebration, we've developed the hashtag.

The design was inspired by the theme “Re-Education of Our History”.