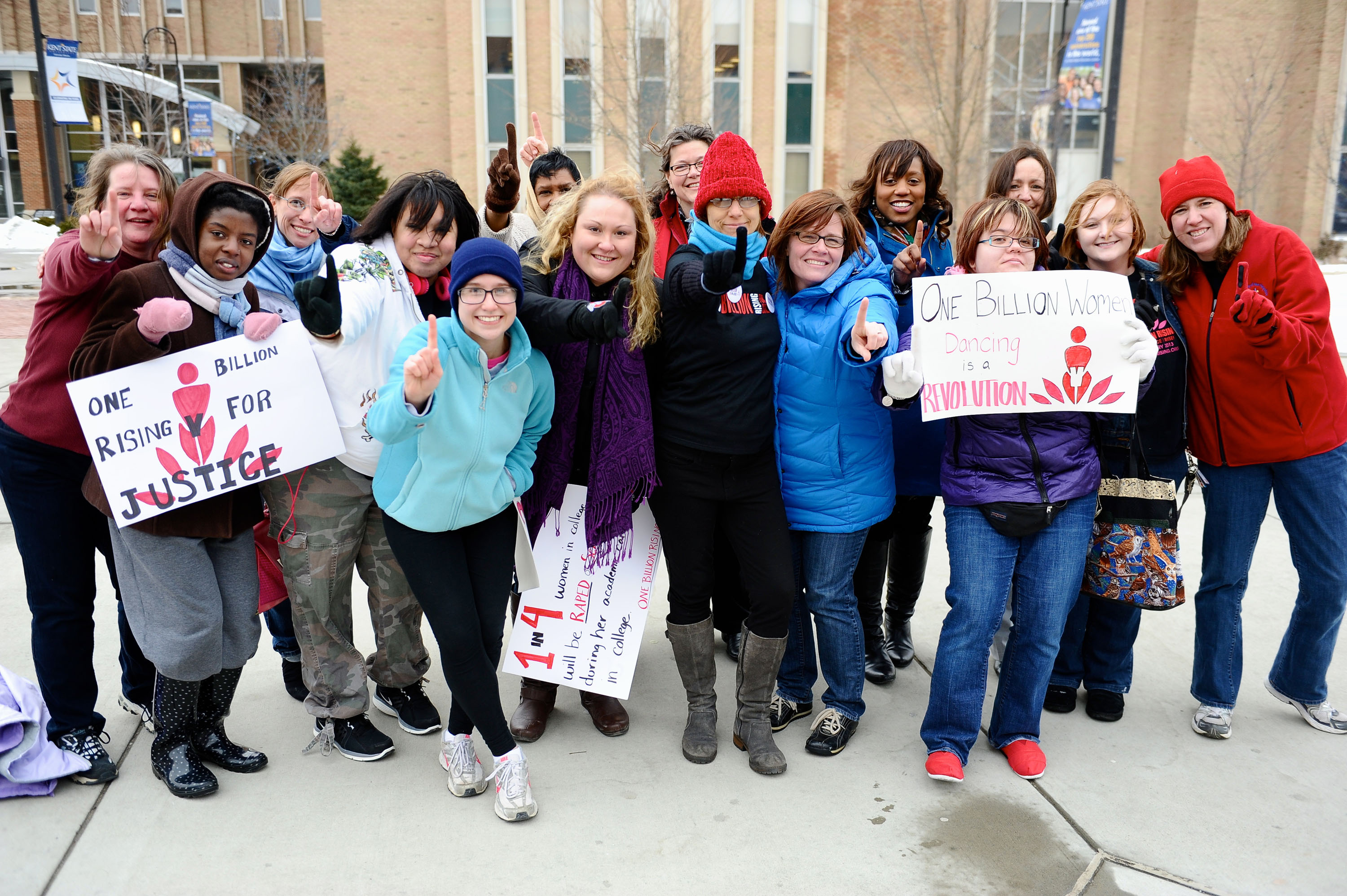 February 14, 2013 marked the largest global action in history to end violence against women and girls. V-Day’s ONE BILLION RISING campaign leveraged the strength of V-Day’s 15-year activist network to mobilize over a billion people worldwide, inspiring women and men in 207 countries to come together and express their outrage, and to strike, dance and RISE against violence.

One Billion Rising succeeded in creating visibility and understanding of the interconnection between issues such as poverty, corruption, greed, environmental plunder, imperialism, religious marginalization, immigration, labor, and political repression, and violence against women.

The campaign has already spurred governments to invite local women to the table to discuss the issue of violence against women, garnered unparalleled international media attention and discourse, highlighted the push to pass the Violence Against Women Act in the U.S. Congress, and brought about a new level of awareness that the time to act is now.

One Billion Rising is the beginning of the new world ignited by a new energy. It is not the end of a struggle but the escalation of it, so V-Day asks those who rose around the globe to take a simple pledge, to do one thing in the next year to end violence against women.  It could be a simple action, or a monumental one; personal, or political; quiet or loud, but these actions – taken together – will create change.

One Billion Rising will continue to grow and expand, not to become an annual holiday, but to catalyze the energy that has been activated.

One Billion Rising at Kent State takes place each year on or near February 14.