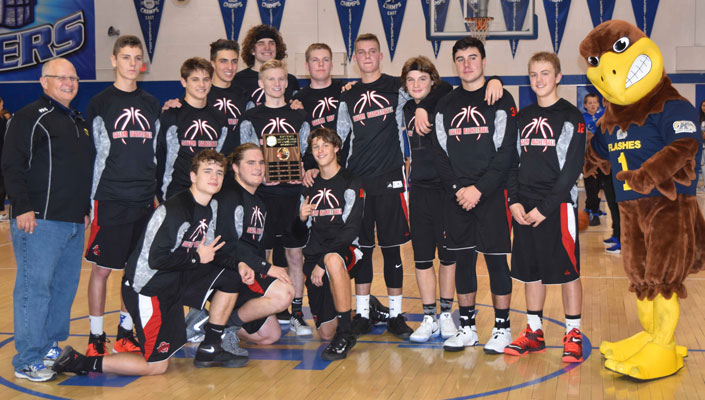 The inaugural Kent State County Classic basketball game took place Dec. 6, 2016 when the East Liverpool Potters hosted the Salem Quakers for the opening game of the boys’ 2016-17 basketball season.  Kent State’s Columbiana County campuses welcomed fans from both ends of the county for an exciting match-up, with activities throughout the game. 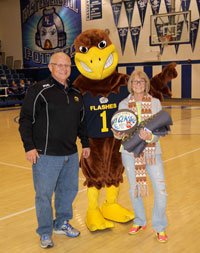 At the end of the game, the Salem Quakers took home the traveling plaque after defeating the East Liverpool Potters, 77-49. Interim Dean David Dees presented the plaque to the winners, yet acknowledged the sportsmanship from both teams.

Cheerleaders tossed out t-shirts throughout the game and Flash led fans in a Flash Dance at half time. Flash was a fan favorite from beginning to end and for fans of all ages.