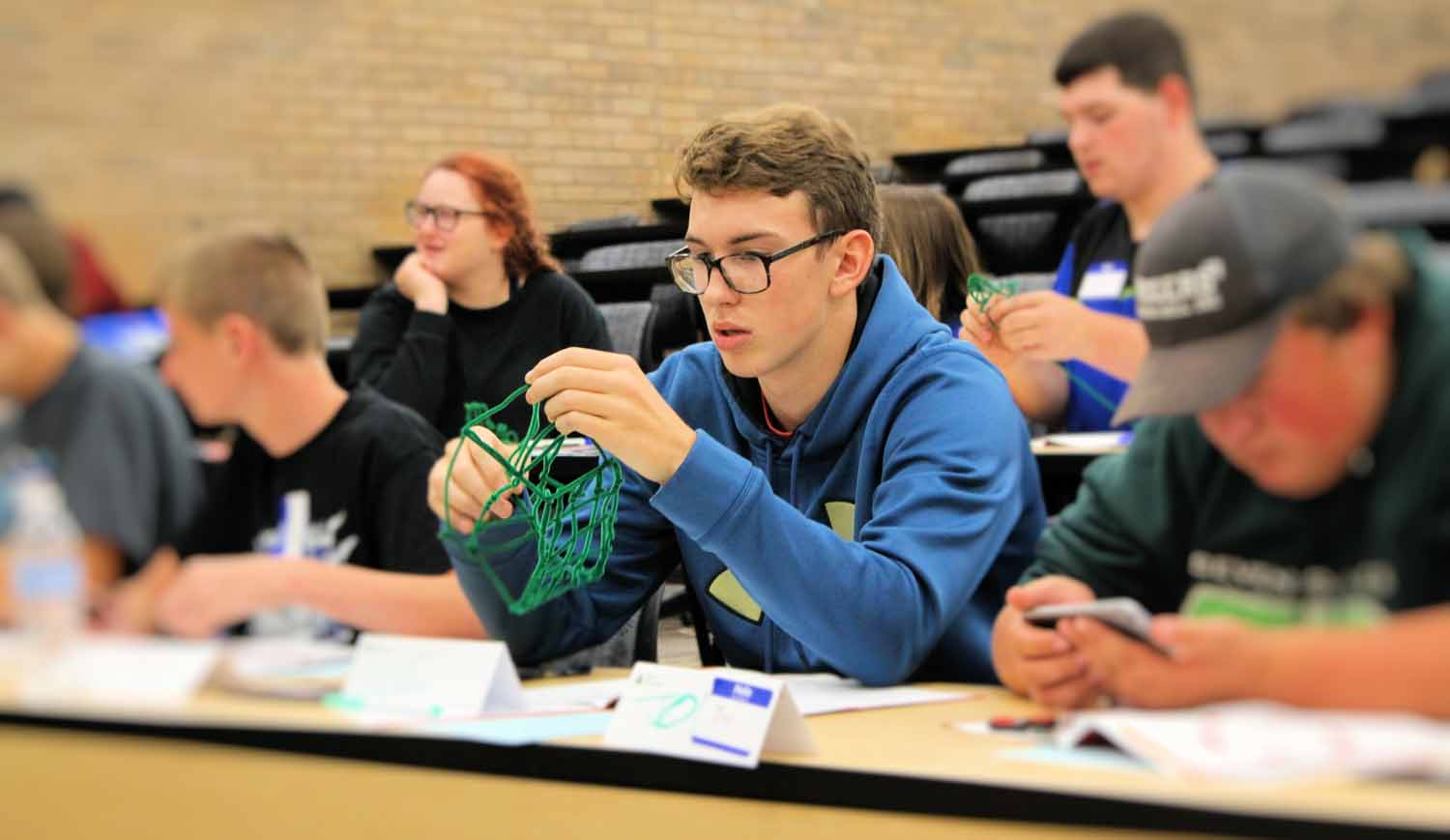 The Rural Scholars program works to connect middle schoolers and high schoolers living in Columbiana County to their local surroundings and beyond. This has never been more apparent than from a summer full of four separate week-long workshops, and an autumn full of different career exploration workshops. The Rural Scholars Program currently has 94 students enrolled, paired with 18 undergraduate mentors. 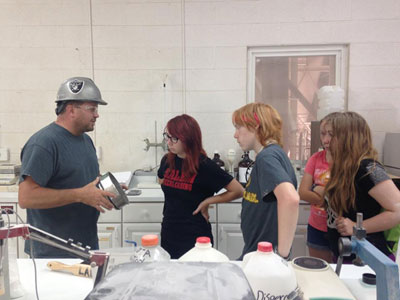 The summer kicked off with “Locationology,” the program directed towards 10th graders. Scholars were able to discover their own roots, while also better understanding the history of the area. Students were invited to explore the Salem Historical Society, learning about the history of the town.

They gained an appreciation for the history of the land itself, testing out the chemical composition of water in the area, while learning about local mine reclamation. Scholars also experienced local businesses, such as Pier 48 Stevedoring LLC and CIMBAR Performance Minerals. The capstone project of this experience was a student-led debate on Harper’s Ferry. Scholars spent the week researching information for both sides of the issue and creating their persuasive arguments. On the last day of the workshop, students put their research into action with a town hall debate. 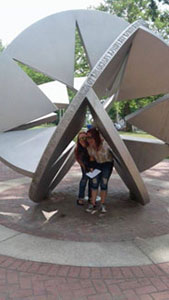 The next week took 11th and some 10th graders to the Kent Campus to get a feel for the reality of college life. “College Bootcamp” had scholars living on campus for the week, experiencing meal plans and residence hall life. Students also attended real college classes in math, composition, biology and First Year Experience. Scholars also explored the campus, including the May 4th Visitor center and the Recreation Center.

They networked with various departments on campus, including the Cultural Café to talk with international students and the LGBTQ center. Although the week had many fun activities, such as kayaking and rock-wall climbing, one scholar stated that the most useful thing learned from the week was “how to navigate through campus and how to be prepared for real college courses.” 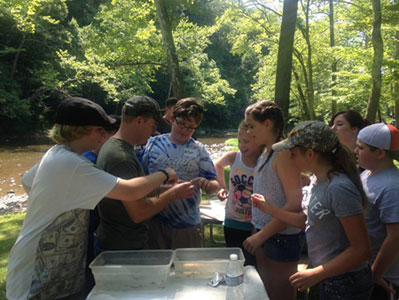 The final two week-long summer workshops were held in July, starting with “Soil and Water Explorations,” targeting the seventhth and eigthth grade cohort. The week began with a trip to Coldwell’s Timber Farm in Salineville where scholars learned about the business of forestry, including how to determine the potential profit of cutting down a tree for timber.

The next day, scholars jumped into Beaver Creek, catching macroinvertebrates to determine water quality. One student specified how Beaver Creek changed his view of the bigger picture, saying:  “I learned to keep the creek clean and the ground beneath it. They taught us to always take care and responsibility, not just for Beaver Creek, but everywhere if we want to keep things alive.”

Another top hit of the week was the visit to Conkle Farm in Hanoverton where scholars learned about raising cows. The week ended with the students testing some soil cores of their own, along with a search for microbiological life in pond water. 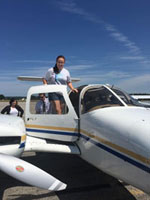 The final workshop hosted this summer was “Makers and Mechanisms” for ninth graders, allowing them to explore the fields of technology and engineering. Scholars saw firsthand how 3D printing works, along with learning how projects are designed prior to being printed.

Students also gave back to their community by participating in Habitat for Humanity. Collectively, they worked on a house in Columbiana, helping to clean up the yard, pouring concrete and stuccoing the outside of the home.

Every afternoon, scholars were encouraged to work on a project of their own interests. Some built robots, others came up with ways to use Play Dough to create game controllers. Origami crowns and bricolage creations were also designed and executed. One scholar noted that the makerspaces allowed them to “create something, and then see how it actually functioned.”

The summer was packed with interesting workshops, and the fall took off on a great start. “Study Skills,” a workshop designed to help students improve their study habits, was taught by Dr. Rachael Blasiman, an assistant professor of psychology from Kent State Salem. She reviewed various learning myths, and highlighted the things that scholars should be doing to study more effectively. Of the scholars who attended, 92 percent could list at least one change they would make to improve their study habits. 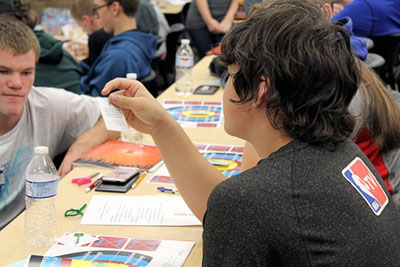 The next workshop was designed to help scholars better understand the world of owning a small business. “Be Entrepreneurial,” a curriculum provided by Junior Achievement of Mahoning Valley, invited several business owners from the community including Kyle Cranmer of Salem Tire Pros and Auto Service; Leslie Schreiber of Small Wonders Daycare; and Tim McFadden of Kent State Salem’s business program.

The scholars were challenged to come up with their very own business plans, including a description of the product and their competitive advantages. Groups pitched their ideas to a “shark tank” made up of mentors and small business owners. The shark tank chose a bicycle rental business, created by Chris Pritt, Kiana Howe and Alexa May, as the winning team.

The most recent workshop consisted of an exploration of 3D printing. Scholars received an overview of the computer-assisted design program 123D as Matt Peters of the Columbiana County Career and Technical Center explained many of their peers may eventually have careers in fields that do not yet exist today. He also described some of the strengths and limitations of 3D printing. Then it was time to start designing!

Scholars learned various aspects of the computer program including how to draw shapes and text that could be created by a 3D printer. The scholars created their own 3D projects, which were then printed at the CCCTC and sent back to them.

The fall includes even more workshops designed for a variety of the scholars. “Mastodons Among Us,” a presentation about a local excavation, is coming up soon, along with an exploration of Occupational Therapy. November will bring a leadership workshop hosted by Consumers National Bank, as well as a look into World Music with Mel Fucci, associate professor of music at Kent Salem.

The diversity of workshops will continue to expand throughout spring and beyond, giving scholars opportunities to experience a variety of career fields and explore their own interests.