This event already has occurred.
Center for the Visual Arts
Room 165

On Wednesday, May 30, Grant Garmezy and Erin Garmezy, visiting artists in glass, will be giving a talk on their work at 6:00 p.m. in room 165 at the Center for the Visual Arts (325 Terrace Drive).

Grant Garmezy grew up on a working farm outside of Nashville, Tennessee. As long as he can remember, he's been fascinated with the arts and working with his hands to create things. His artistic career began when he was very young, taking drawing classes with a local illustrator. He became serious while in his teens, and spent multiple summers at intensive arts programs for high school students. His passion to pursue a career in the arts led Grant to Virginia Commonwealth University School of the Arts in Richmond. He originally intended to focus on jewelry and small-scale metals, but once he wandered into the glass studio, he discovered a love for the molten material.

Grant has never been attracted to making functional glass items; instead he has always been drawn to its sculptural qualities. Unlike other materials, glass cannot be sculpted with your hands - artists must use special tools, timing, and gravity to manipulation the two thousand degree material, which is constantly moving while hot.

Grant is drawn to depicting animal imagery and natural forms when sculpting. When he first started, he found passion in the challenge to capture the physical features of animals, but he now strives to capture expression and movement in the work in order to elevate the work from a sculpture to a story.

After seeing glassblowing at the Oldway Art Center in Sperryville, Virginia, Erin Garmezy became enamored with glass as an artistic medium. At 17, she bargained with Oldway owner Eric Kvarnes, trading shop work for studio lessons, and she spent every moment she could in the studio. During high school, she worked as an assistant for Parker Stafford, who helped her create a portfolio for admission to Virginia Commonwealth University School of the Arts. Erin studied glassblowing at VCUarts, earning both a BFA in Craft/Material Studies and a BFA in Art Education in 2007.

Erin now works both on the torch and in the hotshop, creating realistic and delicate lifeforms made of glass. She is inspired by the natural world and the never ending cycle of death and growth.

The rest of the series is as follows: 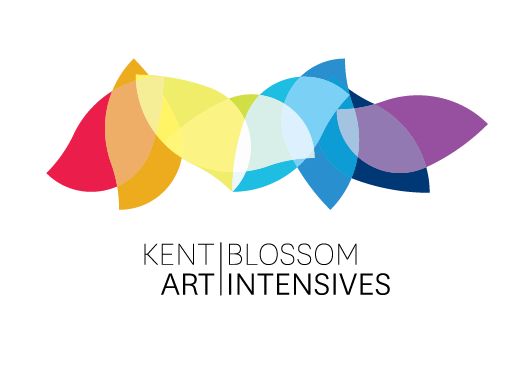