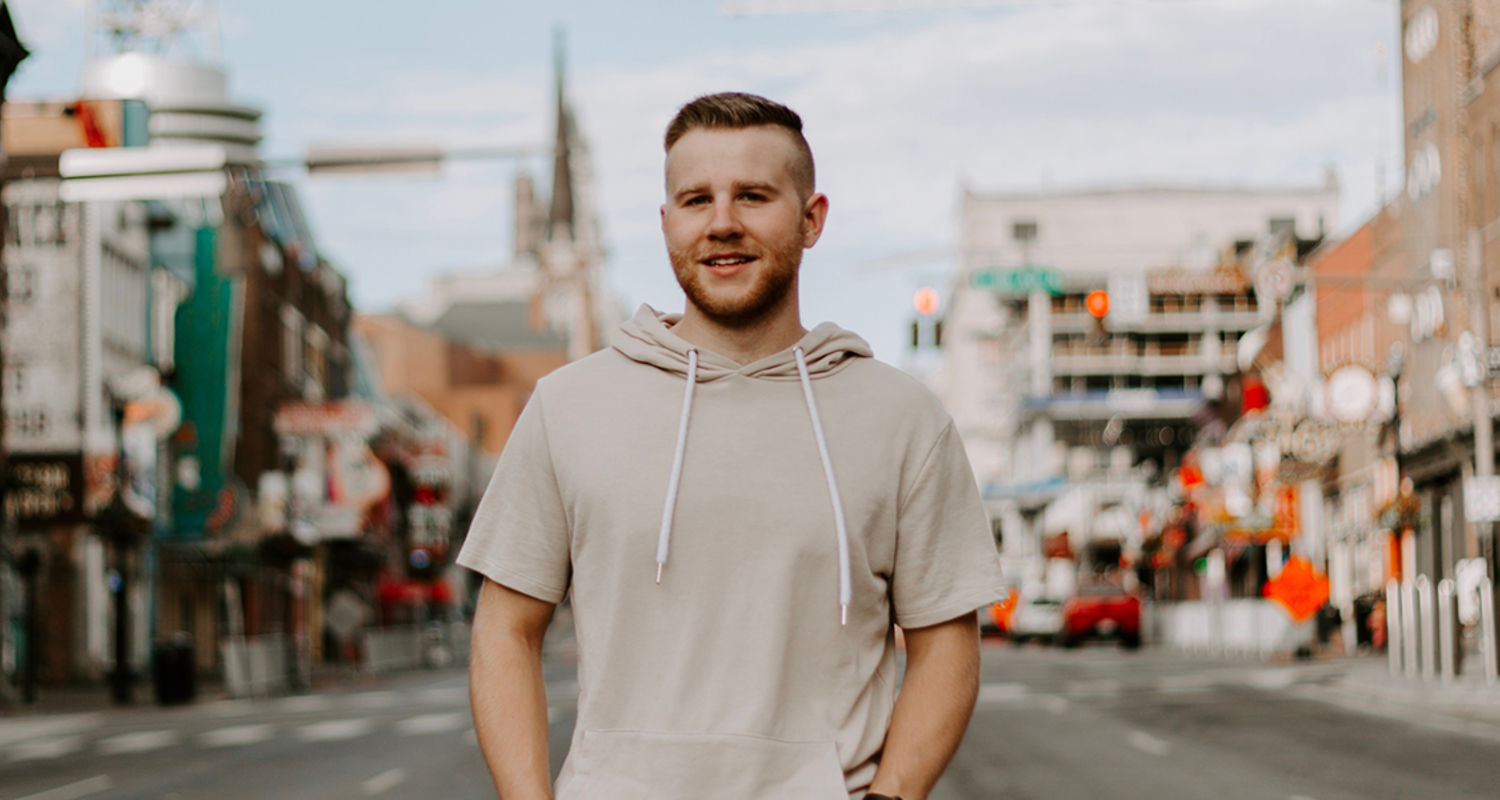 Bryan Webb’s job as a digital producer and social media manager for The Ty Bentli Show begins each day before the sun comes up — at 3:15 a.m. to be exact.

The internationally syndicated country morning show airs beginning at 5 a.m. As it is broadcast on airwaves in Nashville (where the show is based), 55 cities in the U.S. and even the United Kingdom, Bryan, a Kent State alumnus, stays busy in front of the mic and running behind the scenes to make everything go smoothly."

“My main job during the show is to bring the radio show to our listeners via social media,” Bryan says. “After we go off air, we spend the next few hours tending to any specific affiliate station needs, interviewing artists, prepping for upcoming campaigns and prepping for upcoming shows, just to name a few things!”

His job also takes him to major country music events, like the CMA Awards in Nashville and the ACM Awards in Las Vegas.

“Working on shows, such as the CMAs, or broadcasting from Vegas for the ACMs is surreal. I grew up being such a fan of these artists and events, and now I get to be part of it, and some of them even know my name and face.”

As a Kent State student studying public relations, Bryan had his heart set on pursuing a career in Nashville’s country music scene. Shortly after graduation, he packed up his bags and moved.

“I knew if I wanted to make it in Nashville, this was my time to try it out. So, I found a job in Nashville and moved. For my first year, I focused on trying to meet as many people as I could. I reached out to random people who worked at companies I thought I'd like to work at one day and just asked to meet so I could hear about how they got to where they are now.”

His experience working on real projects at Kent State prepared him to seize this opportunity.

“Working with real world clients and doing real work, like writing press releases and conducting interviews, prepared me for what I'm doing right now. Learning the importance of networking was also key for me, especially in Nashville's music industry. Everything is about connections.”