Live Chat
Before joining Biden for President, Kent State alumna Brenna Parker worked in digital and social media in Washington, D.C. for organizations like When We All Vote and Civic Nation.

Kent State alumna Brenna Parker grew up in a household that talked about important issues of the day, so it’s no surprise that her young career has been rooted in politics and civic engagement. As the nation votes leading up to the historic 2020 election on Nov. 3, Parker has taken on the role of Web and Facebook Strategist for Biden for President, sharing the former Vice President and Democratic nominee for President’s message with millions of voters online.

“I’ve always been interested in this intersection of politics and visual storytelling to shape and change culture,” Parker says. “Because I think for so long there has been this notion that it’s not polite to talk about politics, and I’ve never understood that. So it’s been interesting to work on the strategy and messaging side on how we talk about issues to audience members that might be disengaged. How do we craft messages and visuals that strike a chord with people? What messages drive people to action?” 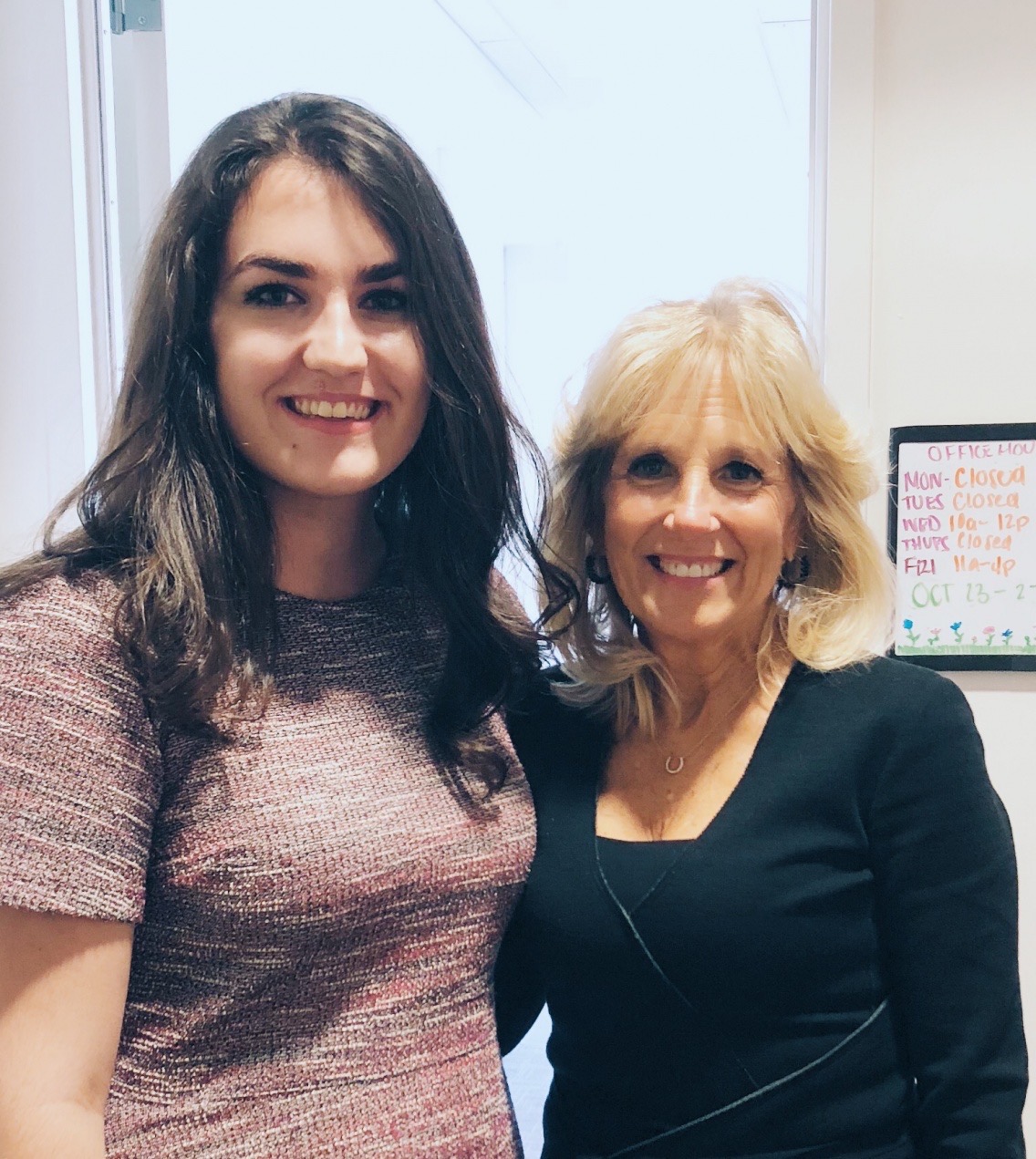 Parker graduated from Kent State with a degree in public relations in 2017. The program taught her important lessons like risk management, working under pressure and disseminating information during a crisis. And, she learned to think big picture in terms of communicating messages to a target audience.

“That could be through photo, advertising, traditional communications, graphics, op-eds — all of it is a piece of this larger narrative you’re trying to tell,” Parker says.

In her role with the Biden campaign, she manages the candidate’s Facebook page by communicating information about polices, news stories, voting information and more. Her messages reach more than 100 million people a week. She describes it as “exciting, fast-paced and important work.”

“We know that the majority of Americans get their news and information on their smartphone and on social media, so it’s really crucial and important that we’re communicating with voters about what’s at stake in this election,” she says.

As part of a larger team, Parker is constantly thinking about new ways to get messages out to supporters and undecided voters, whether it’s through copy, video, photo, graphics, partnerships — or even on Animal Crossing.

Before joining Biden for President, Parker worked in digital and social media in Washington, D.C. with organizations like When We All Vote, Civic Nation and ACRONYM. She’s also worked on causes like free community college, education access and equity with Michelle Obama’s Reach Higher Initiative and the family separation crisis with National Domestic Workers Alliance and Families Belong Together. Teamwork has been an important backbone of her career.

“... You are as good as the team around you,” Parker says. “I cannot stress enough how important mentors have played a role in my career. Women especially in the workplaces I have worked in have always had my back to get me a seat at the table to learn and advocate for myself and my work.”

Parker also credits her Kent State education for preparing her for this path.

“So much of who I am and the work that I’ve done post-grad is really rooted in my higher education experience,” she says. “I was that kid that didn't think I was smart enough or deserved to go to college. I really struggled to put myself through school on my own and worked as an R.A. to have a roof over my head. But I credit the faculty and professors in CCI for giving me the tools and the skills to think as a strategist and be ready for the work I wanted to do.”