Design as Advocacy: Students Inspire Civic Engagement Through 'Get out the Vote' Project

The project is part of the professional organization for design, AIGA’s Design for Democracy initiative. Every year since 2000, AIGA has activated its community of designers to design 11x17 posters, encouraging citizens to “get out the vote.” This year, the organization also recognized the 100th centennial of the 19th Amendment’s ratification, which made way for the first legislation for women’s voting rights. Visual Communication Design Professors Valora Renicker and Ken Visocky-O’Grady incorporated the project into their class, Graphic Design 2, leading up to the 2020 Presidential Election.

Each student designed a poster to reflect themes presented by AIGA; one of the requirements being that the work was to be non-partisan. 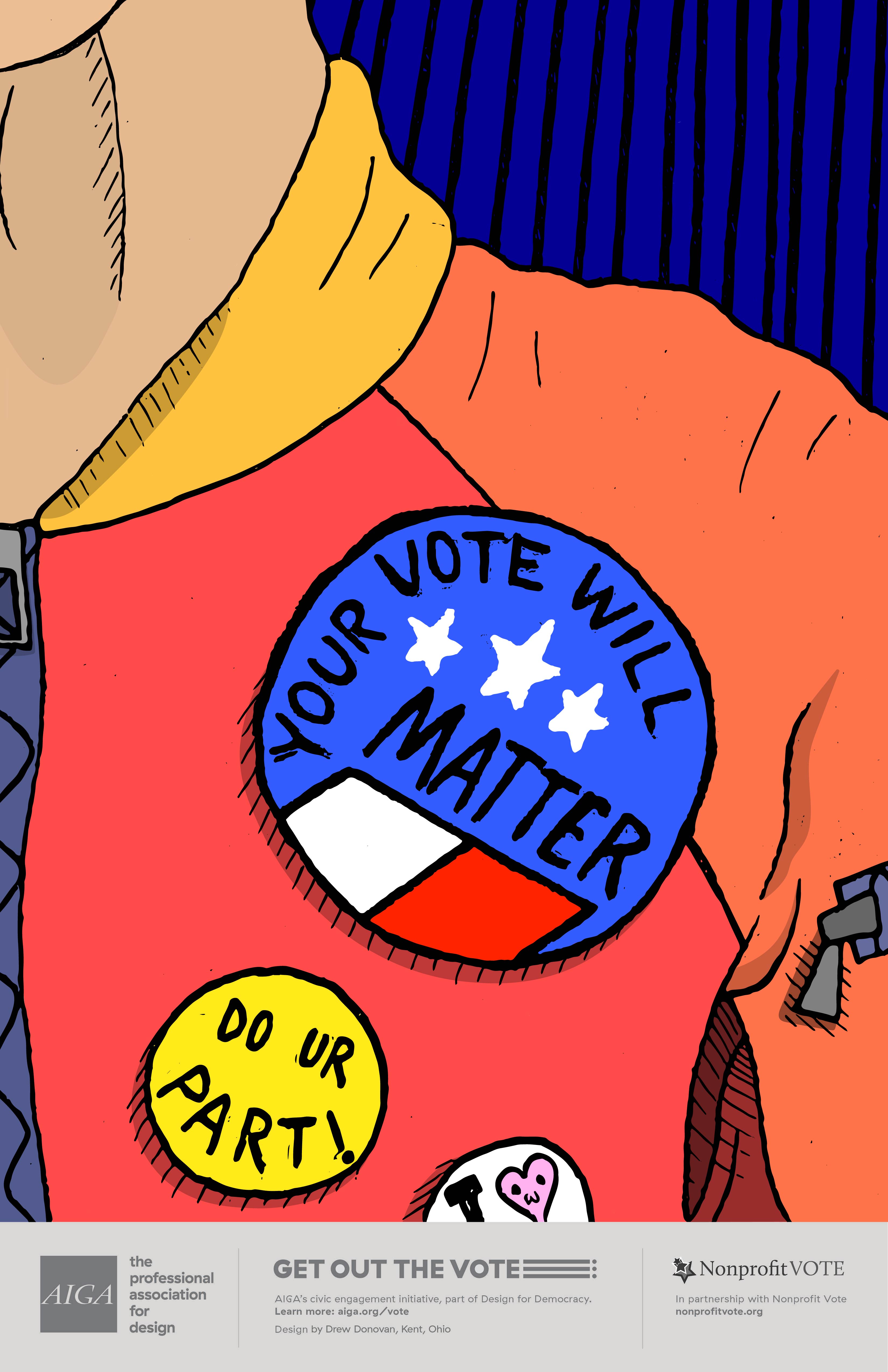 “We had discussions about some of their early iterations that could have been interpreted as partisan, so that was one challenge the students had to work with,” Renicker said. “One concern I had going into it was that the typical color palette for elections is red, white and blue and that there might be limitations to using the expected stars and stripes. I was pleased that there was such a wide range of variations in the symbolism and the colors used.

“The students were really engaged in the process and the outcomes were exceptional across the board for my class.”

VCD junior Drew Donovan’s poster was focused on the individual impact of voting, depicting a person wearing a sticker reading “Your Vote Will Matter.”

"When I made my poster, I wanted to keep it visually interesting, as well as relatable,” he said. “I feel that voting is something that people are turned off by because they feel their voice will mean very little in the grand scheme of things. However, especially now, voting is one of the most important things we as a nation can do, and that's what I hope people get out of my poster.” 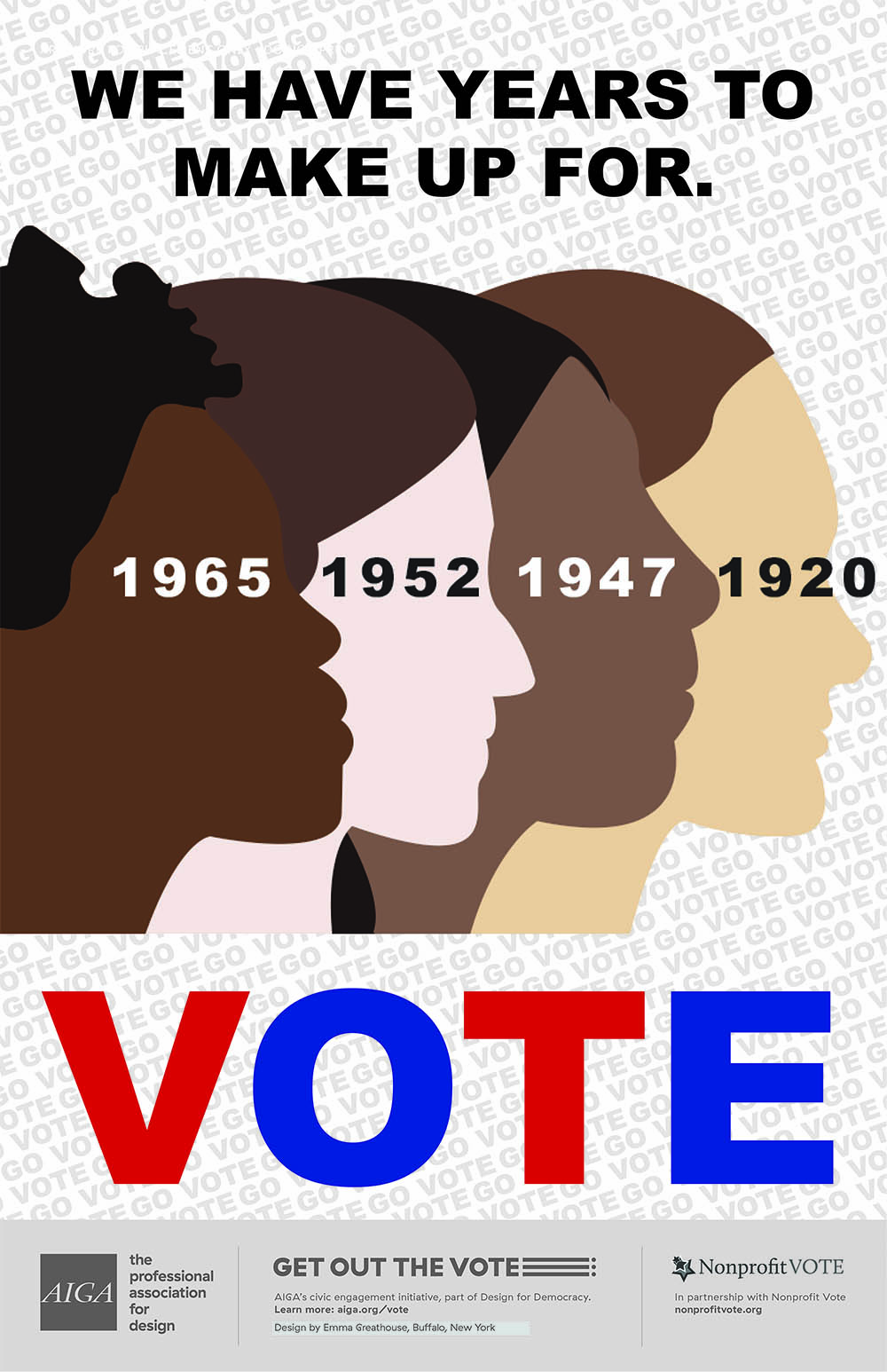 Emma Greathouse, also a junior VCD major, said she appreciate the opportunity to use design as a form of activism. Her design depicted the 100th anniversary of white women’s right to vote, calling attention to the fact that it took many years more for Asian women, Native American women and Black women to earn that same right.

“During this unprecedented year, I found that this project pushed myself and my classmates to think about the election and voting in more depth than some of us had up until that point,” she said. “... I wanted to encourage modern women to vote for those who came before them, those who did not have that same right to vote.”