Ten years ago, if someone had asked Brandi Neloms, ‘09, where she’d be in 2022, she would have responded that she was on her way to sitting next to journalist/anchor Romona Robinson in a Cleveland newsroom.

Neloms attended the 2008 Robert G. McGruder Distinguished Lecture and Awards Program which celebrates media diversity, where Robinson was honored, and was inspired by her accomplishments.

Today, the public relations alumna is a senior business development manager in Amazon’s Special Projects organization. She says her position gives her the “privilege of working on big ideas and initiatives that are aimed at bettering the world.”

With 13 years of experience in strategic communication roles, she says she’s developed quite a bit of business acumen. Whether she was trying to understand her clients better or working to become a better leader at an in-house company, she found her experience guided her.

“I always found that my effectiveness as a communicator and marketer was better when backed by strategic business skills,” Neloms said.

“These skills and my experience as entrepreneur and intrapreneur, allowed me to reply with a quick ‘yes’ when approached about a business development role that aligned with many of my passions and proficiencies,” she said. 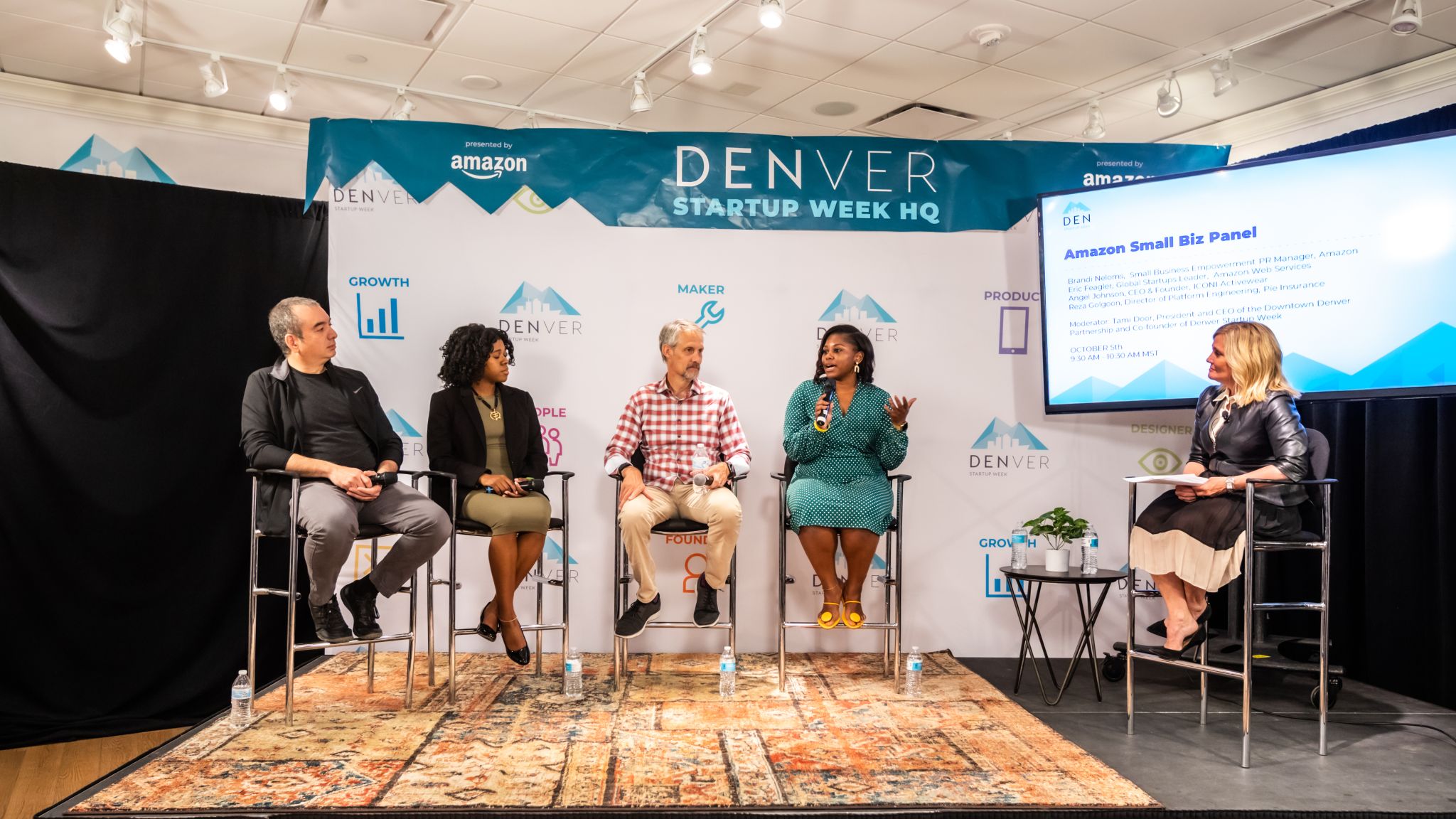 McKinsey & Company’s “Women in the Workplace 2022” study found that Black women are less likely to feel supported by their managers or have strong allies on their team. As a Black woman in business, Neloms agrees and has had to overcome challenges that others in her field may not have.

“It’s important for women to hold leadership roles in corporate and social spaces because there is truth to the phrase ‘representation matters,’” Neloms said. “Sometimes, you need to see something to know that it’s possible to attain and surpass it.”

Neloms added, “juggling traits like being competent and confident with also being likable — especially at the intersection of race and gender as a Black woman — can be exhausting. I’ve simply decided to no longer be tired.”

In addition to their job responsibilities, Neloms says Black leaders have the opportunity to use their authority to cultivate an office culture with greater empathy, greater acceptance and greater innovation.

“Black men and women in leadership positions represent huge strides in closing the wealth gap and dismantling systemic inequities embedded in the structure of organizations,” she said.

Neloms says she finds inspiration in places and moments that bring her joy and peace — such as reading a good book, standing on top of a mountain after a hike or sipping coffee with her grandma on Saturday mornings.

Her love of coffee and passion for racial equity unite in her role as Chief Strategy Officer and co-owner of Sipping Black Only, a business dedicated to driving equity for Black founders in the beverage industry.  Recently, Sipping Black Only provided 1,124 cases of water from a Black-owned brand to Jackson, Mississippi, residents who were living through a water crisis during summer 2022. The business pledges 5 percent of its annual profits to be given as a cash grant to an emerging Black beverage brand owner who exhibits the potential to grow into a sustaining brand.

Thinking back to her time as a Kent State undergraduate, Neloms says her academic and personal achievements led her to build a solid foundation to enter the workforce.

In 2009, she was one of seven students who won a Public Relations Society of America East Central District Diamond Award for their work on a public service campaign with Donate Life Ohio.

The campaign promoted the need for organ donation, and this hit home for Neloms.

“My paternal grandfather passed away in 2006. At the time of his passing, he needed a kidney transplant,” she said. “Working on that campaign, and winning both the competition and the PRSA award, just three years later honored his life and legacy.”

She remains grateful for that experience and for everything else her Kent State education provided her.

“In addition to business philosophies and industry knowledge, I learned valuable hard and soft skills,” Neloms says. “Even still, the best part of my time at Kent State is the network of peers and professors that I am fortunate to call friends and mentors today.”