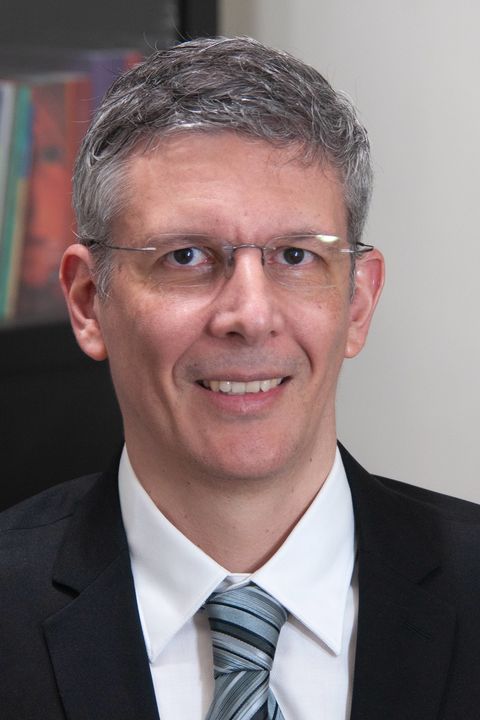 Daniel Alenquer joined the College of Communication and Information (CCI) at Kent State University as Director of the School of Visual Communication Design at the start of the 2019 school year. Needless to say, his first year as Director has been one that has seen a lot of changes – not all of which are pandemic related.

“In his first year at Kent State, Daniel has already made significant contributions,” Amy Reynolds, Dean of CCI said. “He has worked collaboratively with the faculty to preserve the core of the school’s professional design and photography programs, while integrating more digital content, tools and skills training into the curriculum.

“He has launched a Discord server to help strengthen the sense of community between VCD students. And, he has partnered with the faculty to make all VCD courses available through Blackboard, the university’s learning management system. I am grateful for his leadership and support his vision for the future of a school that blends the best of design and visual communication as disciplines, so our students are well-positioned for a range of jobs and professional outcomes.”

Prior to working for KSU, Alenquer co-founded Playerium, a Taipei-based studio providing technical and creative support for game developers around the globe and had previously worked in design strategy in the computer and electronics industry. His role there as creative director allowed him to explore different aspects of user-centered design for gaming experiences. The results of his work and those of his colleagues and team members were made available on PlayStation, Xbox, Nintendo Switch, and PC, helping forge collaborations with multiple award-winning clients and business partners from North America, Europe and Asia.

Using his broad experience in design thinking and innovation, Alenquer’s work has been focused on generating and translating consumer insights into tangible, user-centered design solutions. He worked both as a consultant and in-house for Fortune 100 companies and startups in the fields of technology, communication and gaming, and collaborated with universities, executive education schools and governments around the world.

For almost a decade, his work at ASUS Computer as the Director of Design Strategy influenced the development of multiple product lines, and received several design awards, most notably IF GOLD, Red Dot and GDA Awards in Germany and Japan. During his tenure at ASUS, he developed numerous R&D programs and co-published patents on User Experience and Industrial Design which are referenced by Apple, Research in Motion, Blackberry and Foxconn, among others.

For the past 10 years, Alenquer has planned, structured and implemented multiple collaboration projects between companies and higher education institutions across the globe, including National University of Science and Technology (NTUST) in Taipei, Taiwan, National University of Singapore (NUS), The Ohio State University, and the International Institute for Management Development (IMD) from Lausanne, Switzerland among others. He has served as chairperson, keynote speaker and delivered workshops in multiple conferences and events in the United States, Singapore, Indonesia, Brazil, Colombia, Thailand, Italy, Philippines, India, China, Taiwan, and Japan.

His passion for exploring and developing innovative design methods and processes compelled Alenquer to get involved in the startup scene. In 2006 he founded one of the first user experience design consultancies in Brazil. Alenquer lead design research teams to help both local and foreign companies as well as government agencies develop easy to use and effective interactive products and services.

The School of Visual Communication Design at Kent State University is nationally recognized for outstanding quality in design education, with emphases in visual design, illustration and photography majors and degrees. Students are encouraged to take interdisciplinary approaches to solve complex visual problems, and their professional quality portfolios demonstrate the integration of evolving media with a firm foundation in design principles.