Live Chat
Sakher, son of Mohamed Hi Mohamed Dabasi, poses for a portrait next to the rubble of his demolished home in the South Hebron Hills, Khurm Aldabea, Palestine. Tuesday, June 18, 2019 // Photo by Carter Eugene Adams

Two student journalism competitions have named Kent State University students among the best in the nation for 2019-2020. 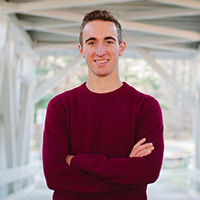 In the Hearst Journalism Awards — often known as the Pulitzer Prize of collegiate journalism — Kent State placed seventh in the nation for radio/TV news and eighth in the nation for photojournalism. Placements were determined by the total number of points students earned in categorical competitions.

Individually, senior journalism major Nathaniel Bailey will be one of six semifinalists in the nation competing in the Photo Championship. With the in-person competition canceled due to the coronavirus, Bailey and the other five semifinalists are competing in a remote photo assignment May 30-June 6 to determine a champion.

Bailey earned a spot in the competition and a $1,000 prize by finishing fourth nationally in Hearst’s Photojournalism II competition, based on a portfolio of work he submitted to the competition.

Two other Kent State students placed among the top-20 in the nation in individual Hearst categories. 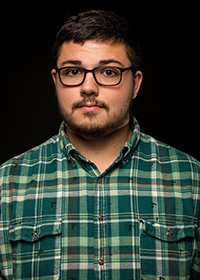 In Photojournalism, recent graduate Carter Eugene Adams (headshot by Nate Manley) earned 17th place overall. He captured the top-20 photo while in Palestine, a personal trip he took in summer 2019 to report on issues affecting working class folks in occupied territories. There, Adams documented the challenges people living in the southernmost section of the Occupied Palestinian Territory face on a daily basis: attacks from nearby Israeli settlements, home demolitions by the Israeli Civil Administration, water access issues and more.

“The reason why I wanted to help share the stories of the folks I met there is because their stories and their struggles need to be known,” he says. “...The other reason was that I was allowed into these people’s lives, they honored me by welcoming me into their homes, or in the case of some, what remained of their homes after a demolition. It would be a disservice to them for me to just throw these images up on Instagram, call it a day and not try to share them as widely as possible.” 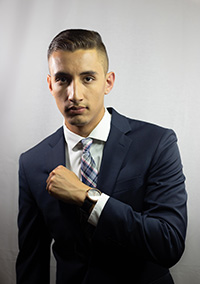 In the Television News category, rising senior Jiovanni Lieggi, was selected as one of ten finalists, placing eighth. He submitted two stories: one was filmed as a ride-along with an Ohio State Highway Patrol officer, highlighting Ohio’s move-over law, and the other was about a Youngstown election, which he completed while interning for a Youngstown station.

Lieggi said he is honored to be recognized.

“I’ve always been one to not necessarily follow the rules when it comes to structure, and (my professors) challenged me to take my style and break it up,” he said. “It sounds cliché, but you really can’t get better unless you leave your comfort zone and that’s something I constantly strive to do.” 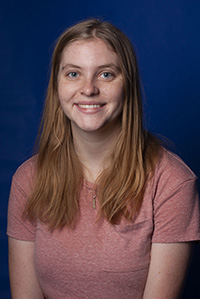 Donato captured the winning photo in Spring 2019 while covering Kent State Athletics’ Beauty and the Beast event, which features the gymnastics and wrestling teams competing simultaneously in the M.A.C. Center.

“I went up into the stands because I was a little embarrassed walking through the other photographers with their really nice cameras and lenses, and I was still shooting on an entry level, red bodied camera and a half-decent lens borrowed from the SRL,” Donato remembers, “but the I loved the angle up there and that’s what got me this shot!”

Donato thanks Assistant Professor and newsroom adviser Sue Kirkman Zake for recognizing her work and submitting it to the competition. Adams and Lieggi are also grateful for faculty support.

“There are a great many people I owe a lifelong debt to at Kent State who’ve helped me and mentored me over the years. Kevin Dilley, David Foster, Gary Harwood and Sue Zake have all had a resounding lasting impact on me not only as a visual journalist but as a person as well,” Adams said. “Without their continued guidance and support I would never been able to have the opportunities I’ve had or shared the stories I’ve shared these past years, including this one.”

“Between Gretchen Hoak and Dave Foster, I’ve been so inspired from being in their classes and learning from their experiences and expertise,” he said. “They’ve given me invaluable advice that has ultimately led me to this point- and to what I’ve yet to accomplish in the coming years.”

Innovative News Lab Launches at Kent State
Uncompromising as Justice: I Stand With You
On the Digital Front Lines of a Pandemic
College of Communication & Information