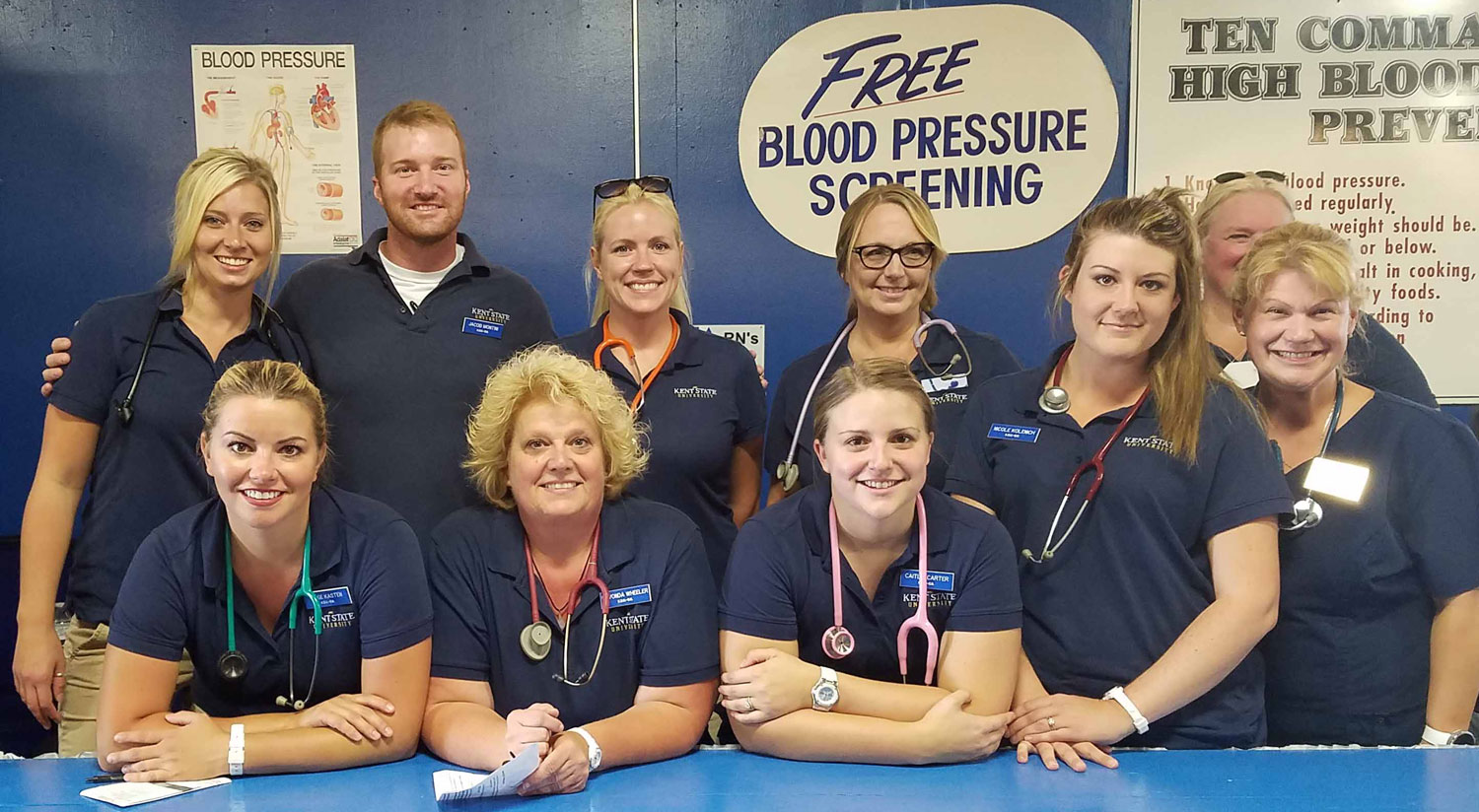 Faculty members and students from the nursing program at Kent State East Liverpool volunteered during the recent Canfield Fair by conducting free blood pressure screenings at a booth sponsored by the Ohio Nurses Association, District Three, in the fair’s Medical Building.

The volunteer effort was initiated and organized by Angela Douglass, senior lecturer of nursing on the East Liverpool campus, assisted by Robin Mermer, lecturer. The students are enrolled in the associate degree in nursing program.

Douglass noted that the East Liverpool students teamed up with nursing students from the Ashtabula Campus and conducted hundreds of blood pressure screenings during their time at the fair.

“I am proud that our nursing program at Kent State had the opportunity to reach out to our community and help those who needed our expertise,” she said. “Hypertension is the leading cause of death and disability in America and, together, we helped make a difference.”