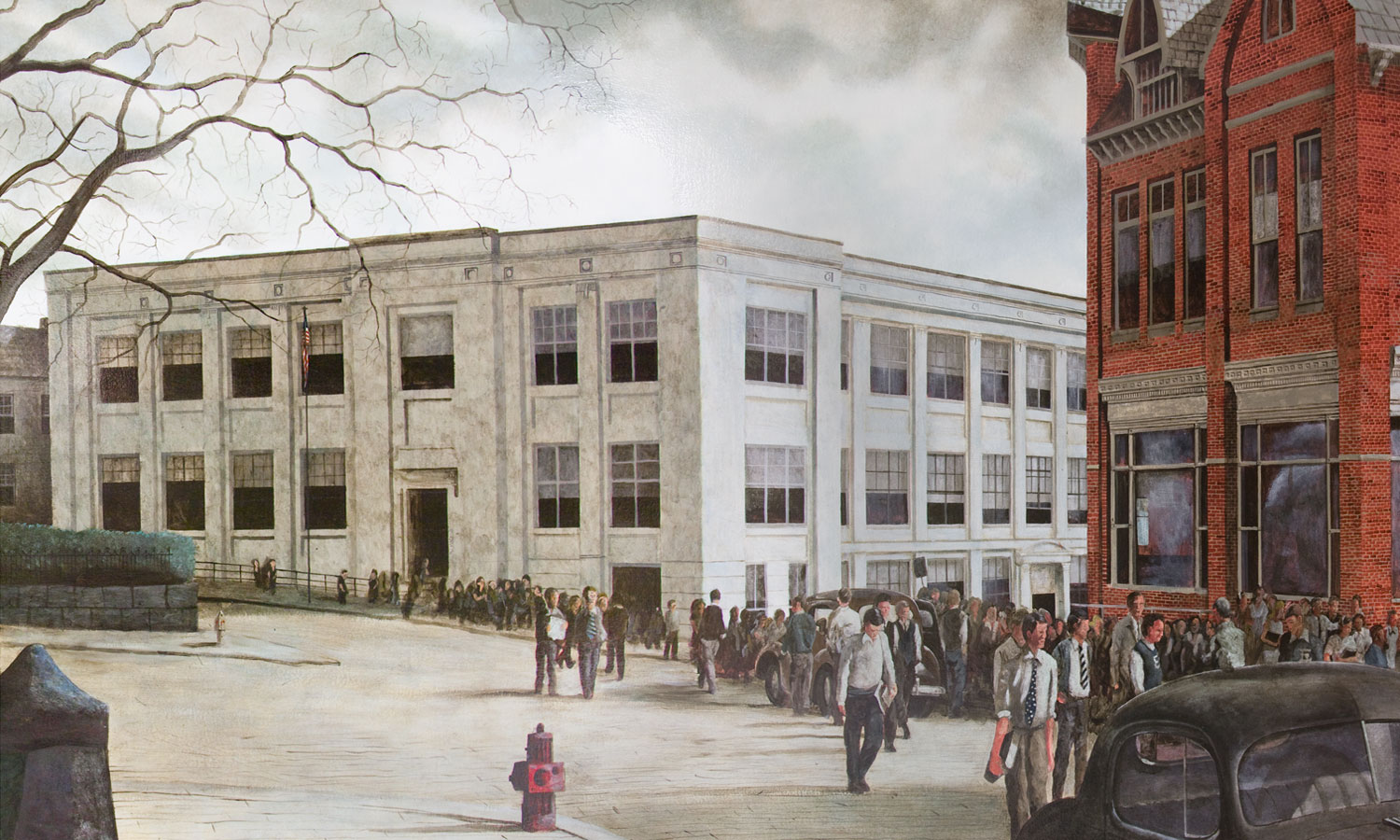 The 50th Anniversary Celebration for Kent State University East Liverpool Campus will begin on Tuesday, April 14 with an art show and music on campus, featuring the talents of local artists. The celebration will continue on Friday, April 17, with additional live musical performances.

The art exhibition, “Craig Wetzel: a Retrospective” will be the kick-off event for the 50th Anniversary celebration. The opening and reception for the exhibit begins at 5:30 in the Gallery of the Mary Patterson Building and will feature 40 of his paintings. The artist will be present to greet visitors and discuss his work until 7 p.m.

Wetzel is a renowned local artist, known for his egg tempera paintings in soft earthy colors.  “There is meaning and emotion in my paintings, usually a memory or a fantasy unknown to anyone else, but that is of small importance,” he writes. “I don’t want anyone knowing what I feel. If a painting makes a person think, or experience an emotion, even if it is worlds away from mine, I call it a success and I am somewhat satisfied.”

Wetzel has worked as a professional painter (e.g., walls), as well as a commissioned fine arts artist for most of his adult life. This exhibit features his older works of art. The following week, the Gallery will feature Wetzel’s new work in “MARCHEN, Mystery and Remembrance:  The Art of Craig Wetzel.”  A reception for this show will be held April 23 at 6:30 p.m.

The art opening will be followed by Library Jam One in the library in Purinton Hall from 7-10 p.m. Performers include Bob Walker, Bill Crawford and Doug and Dave Smith. Both events are free and open to the public. Mayor Jim Swoger will be present to declare April 14 as “Kent State Day” in East Liverpool.

A second performance, Library Jam Two, will take place April 17 at 7 p.m. and will feature Dave Morgan, Dennis Kinsey and Awake the Dawn. All performances are free and open to the public.

Both Library Jams feature local musicians of renown. The duo of Doug & Dave Smith are known for their soft rock harmonies and has a following of dedicated listeners from the tri-state area. They have been performing their timeless music for over 20 years and have generously given their time and talent to help many important community projects.

Bill Crawford is known for his work with Team Mojo (founder and executive director) and his Johnny Cash impersonations. He plays guitar, sings and writes songs.

Bob Walker has a psychology practice in East Liverpool and is a longtime member of the faculty at Kent State East Liverpool. He plays guitar, sings and loves to converse with the audience. He began performing at the legendary “Needles Eye” coffee house in Kent, Ohio, while he was a student at Kent State University. This same group of artists performed at the original Library Jam in 2014.

Library Jam Two brings new performers to the library. Dave Morgan is an incredibly gifted guitarist, vocalist and song writer who has worked with many known artists such as Kenny Rogers, Foghat, Ricky Nelson and the Marshall Tucker Band. He was also a solo artist on numerous cruise ship lines.

East Liverpool native Dennis Kinsey now resides in Syracuse, N.Y., where he is a professor and director of public diplomacy at Syracuse University. He heads up Honda Mesa Records, an independent blues/jazz label. Both Walker and Kinsey have been recipients of Kent State’s Wall of Fame awards for Lifetime Achievement.

For more information about these events, contact Library Director Susan Weaver at 330-382-7432 or sweaver@kent.edu.