Dr. Craig Paulenich, professor of English at the Kent State Salem Campus, is holding a book signing and reading April 25, 6 p.m., in the Academic Learning Commons on campus. 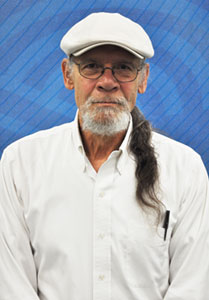 Paulenich will share selections from his recently published book, Old Brown, a collection of poems and essays about Captain John Brown, a radical abolitionist who believed in the violent overthrow of slavery. It was Brown, a self-appointed “captain,” who led a group of his followers on an attack of the occupied federal arsenal in Harpers Ferry, Va., (now West Virginia). During the incident, Brown was wounded, captured and later hanged, but became known as an “anti-slavery icon.”

In his book, Paulenich uses his skills as an accomplished poet and writer to expose this chapter of American history, featuring Captain John Brown’s fights against slavery. 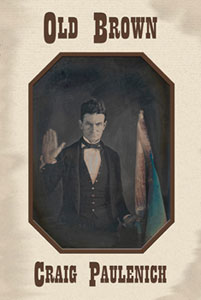 “…Paulenich digs deep into nineteenth century history, using Captain John Brown as a touchstone to illuminate America’s uneasy relationship with race and its obsession with violence,” wrote Peter Grandbois, author of Killing the Lobster. “Part poetry, part history, Paulenich’s portrait is an indictment of our contemporary times, his John Brown both prophet and terrorist, hero and cold-blooded killer, an everyman to our schizophrenic America. In stunningly imaginative poems that range from catalogs of the dad to lyric meditations on religion’s role in our complicity, Paulenich masterfully connects the dots from Harper’s Ferry to our modern terrorist state…”

Paulenich holds a master’s of fine arts in poetry from the University of Pittsburgh and a doctorate degree in English from Bowling Green State University. He and his wife live on a farm in Lisbon.

He is the author of two books of poetry, Drift of the Hunt and Blood Will Tell, and co-editor of Beneath a Single Moon: Buddhism in Contemporary American Poetry, an anthology of poems and essays from 45 contemporary American Buddhist poets. Paulenich is the co-founder and faculty with the Northeast Ohio Master of Fine Arts Program and was nominated three times for the Pushcart Prize.

His poems have appeared in The Georgia Review, the South Carolina Review, Kansas Quarterly and the Southern Poetry Review.