Kent State University at East Liverpool recognized its 2020 and 2021 Wall of Fame honorees during a program in Purinton Hall on Thursday, Sept. 30.

David Thornberry and Jonathan Ludwig each received the 2020 and 2021 Lifetime Achievement Award, respectively, which recognizes Kent State graduates for their professional accomplishments and community involvement.

The late Dr. Carole A. Barbato, who taught communication studies on the East Liverpool Campus, was honored posthumously with the 2020 Friend of the Campus Award, while William Barker received the same award, posthumously, for 2021. This award recognizes individuals who work tirelessly to improve the community and who support the university’s mission to provide quality education to the tri-state area.

The 2020 Community Partner Award was awarded to the Hot Dog Shoppe/Ray Trevelline and to Milligan’s Hardware and Supply/Art Doak for 2021. This award recognizes the long-standing business relationships with each of the two recipients and their support of academic success for area residents. 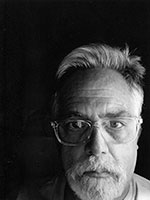 Thornberry is a painter, poet, artist, photographer and teacher. He teaches painting and drawing at Austin Community College in Austin, as well as at the Dougherty Arts Center, the Art School at Laguna Gloria and the Austin Waldorf School. He also taught in Ontario, Canada; Pittsburgh, Jackson, Wyoming; at Kent State University; and at the Austin Museum of Art.  His art has been recognized across the country and his works have appeared in exhibits throughout the United States and in numerous publications.

Thornberry is also a published poet and recently released his 18th volume of poetry.

While a student on the East Liverpool Campus, he volunteered at several events to promote the arts, including the Ohio River Arts Festival. 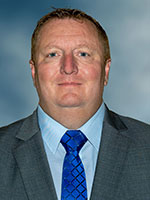 Ludwig, is the current superintendent of East Liverpool City Schools, a position he has held since 2019. He graduated from East Liverpool High School in 1994 and earned a bachelor’s degree in education from Kent State in 1999. He completed his graduate studies at both Franciscan University in Steubenville and Salem University in Salem, W.Va.

Ludwig worked as an elementary special education teacher and as an online special education coordinator and instructor. He also taught for two years at Beaver Local and then worked with the life skills class at ELHS. Prior to being named superintendent, Ludwig was the principal at the Columbiana County Career and Technical Center.

Barbato was a professor of communication studies at Kent State University and the East Liverpool Campus for 40 years, teaching 21 different courses. She passed away unexpectedly in 2014 at the age of 64. 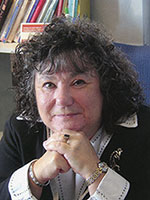 Barbato was loved and respected as a professor, but she worked tirelessly with colleagues to preserve the history of the events of May 4, 1970, on the Kent State Campus. She co-authored a book, wrote several book chapters and numerous journal articles about the events of that day.

In 2012, she and three of her colleagues earned the 2010 Ohio Historic Preservation Office’s Preservation Merit Award for documentation of the May 4, 1970, Kent State Shootings Site to the National Register of Historical Places. Their work created the May 4 Walking Tour and the May 4 Visitors Center on the Kent Campus. 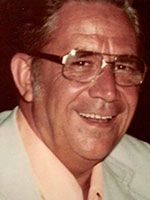 Over five decades, the Friends has raised hundreds of thousands of dollars for scholarships and programs on the East Liverpool Campus.

Barker was active in the community, serving on the boards at East Liverpool City Hospital and First National Bank. He was a member of the Wellsville Masonic Lodge #108 for 70 years, becoming a 33rd degree Master Mason, and was a member of the Scottish Rite of Free Masons in Steubenville. Barker died in August 2020 at the age of 97.