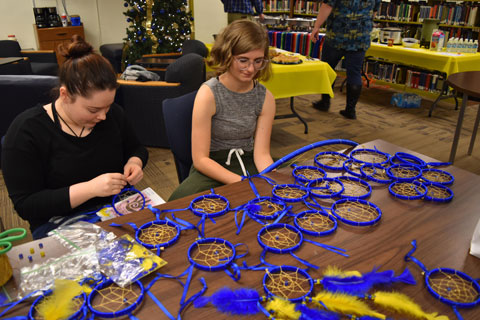 The fair included a display of arrowheads and flint tools; several books and publications; food; dreamcatchers; and music.

According to Dr. Lydia Rose, associate professor of sociology, the Indigenous people in North and South America come from many different tribes and clans. “Each group has different traditions, religions and languages,” she noted. “Many of the tribes within the United States experienced historical traumas as a result of the Indian Removal Act of 1830 and the Indian Relocation Act of 1956.

“The students learned about the massacres, racism and negative stereotyping of Native Americans. Many tribes and clans have been resilient and continue to work to preserve their cultures by passing them along to their children and grandchildren.”

The winners from the judging were: 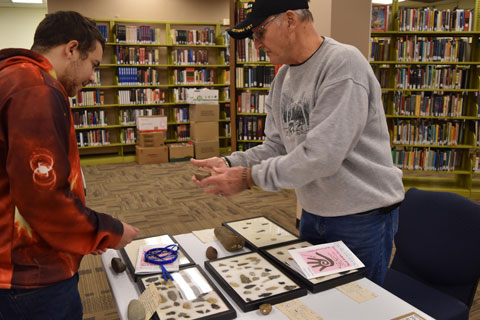 The posters are on display on the second floor of Purinton Hall. View additional photos on our Facebook page

Photo A: Anthony D’Urso with his winning poster featuring the HOPI culture.