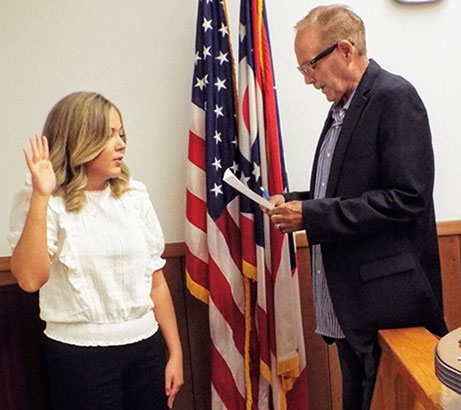 Following the recent death of Wellsville Mayor Nancy Murray, a shuffling of council positions occurred, creating a vacancy. Amato expressed interest in the position and was unanimously selected by council members to fill the seat formerly held by Randy Allmon, who assumed the mayor’s post.

Amato currently serves as a legal secretary and a paraprofessional for Garfield Elementary School in Wellsville and was selected by Wellsville’s Republican party as its candidate for the council position in the November election.

Just 20 years old, Amato already has her eyes set on a future of community service and a career of helping others. 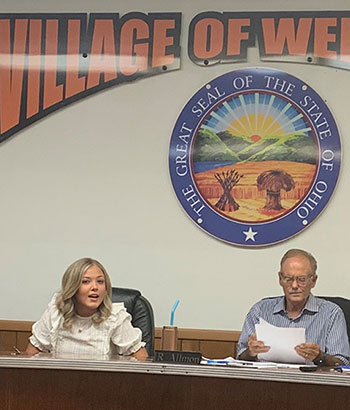 “I wanted to be part of the Wellsville Village Council to help make Wellsville a better place to live,” she said. “I’d like to do things such as bring more jobs into the town and help create more activities for the kids, with hopes of keeping them out of trouble.”

Wellsville is Amato’s hometown, but her sights may be set on more distant horizons.

“I very well see me moving forward in local, state and federal politics,” she noted.  “I am currently between two career paths.  After earning my bachelor’s degree, I would either like to pursue law school and become a lawyer or receive my MBA and go into healthcare administration.”

Amato graduated from Wellsville High School in 2019. While still in high school, she enrolled at Kent State University through the College Credit Plus program and earned enough credits to begin college as a sophomore.

As the newest member of the Wellsville Village Council, Amato credited Kent State with instilling a “leadership mindset” within her.

“I hope that I bring a new perspective and new ideas to the council and I encourage others as young as me to get out of their comfort zones and be leaders, as well,” she offered.

“The best advice I could give to young men and women about making a difference in their communities is that no goal is out of reach and age doesn’t define your mindset.”

Cutline A: Maia Amato is sworn in as the newest member of the Wellsville Village Council by Mayor Randy Allmon.

Cutline B: Maia Amato takes her seat at the Wellsville Village Council table.