Kent State University at Salem is offering scholarships that provide free tuition for a qualified student’s first year while seeking an associate of applied science degree in horticulture technology. The scholarships are made possible through the Eugene W. and Betty Haupt-The Davey Tree Expert Company endowment.

To qualify, a student must be a new freshman; with a 2.0 grade point average; a completed FAFSA form; and declare horticulture technology as his/her major. 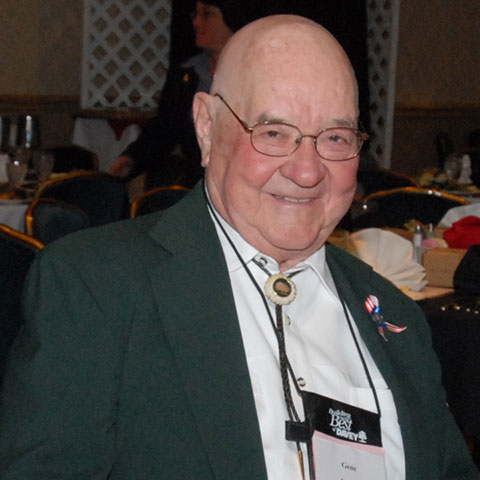 Haupt established trust funds designated to benefit Kent State Salem “students who have an interest in horticulture to further their education and interest in the field.” The endowment was named in memory of him and his first wife, the late Bertha “Betty” Davidson Haupt.

“This is a great opportunity for area students interested in careers in the green industry, thanks to the incredible generosity of Mr. Haupt,” noted Dr. David Dees, dean and chief administrative officer of the Kent State Columbiana County campuses. “His gift and financial support will strengthen and help transform our horticulture program, which will ultimately benefit our students, area communities and the companies that hire our graduates. We are sincerely grateful for Mr. Haupt’s vision.”

Haupt was a native of Beaver County, Pa., and served in the U.S. Army 101st Airborne Division in World War II. He participated in the invasion of Normandy and the Battle of the Bulge, earning two bronze stars. Following his military service, Haupt continued a career with Davey that spanned five decades.

“Davey is proud to be affiliated with these scholarships, which will be awarded in Gene and Betty’s honor. Gene was a stalwart leader at Davey who helped shape a generation of managers and executives, but beyond that, he was a committed and influential figure within the arboriculture industry, an iconic personality and an American hero,” said Pat Covey, Davey chairman, president and CEO. “This gift ensures his legacy of supporting the green industry endures for many years.”

The AAS degree in horticulture technology includes three concentrations for students to consider, including landscape design, turfgrass management and urban forestry. This degree is a natural pathway to the Bachelor of Applied Horticulture degree and extends a student’s education to include the development of managerial expertise in the green industry.

For information about the Eugene W. and Betty Haupt-Davey Tree Expert Company scholarship or the horticulture program at Kent State Salem, please send an email to infocolumbiana@kent.edu.