East Liverpool Conference Focused on Our Corner of the World 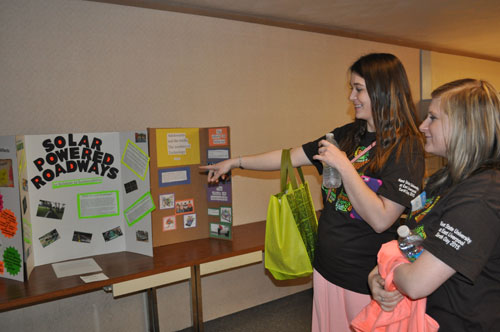 The all-day event was held this year in memory of the late Dr. Roxanne Burns, a beloved and distinguished faculty member and coordinator of the biology department on the East Liverpool campus.

Dean Steve Nameth opened the conference with a tribute to Burns, noting her dedication to environmental justice and her role as the founder of the conference.

“Dr. Burns envisioned the conference not only as a venue for students to display their works, but as an extension of the classroom that reaches not only students, but community members,” it was stated. “Dr. Burns believed that community and student involvement is vital to a healthier, more sustainable world. This year’s speakers reflected those beliefs.”

Students submitted essays, videos and posters that were judged in five categories. Their topics ranged from organic foods and environmental pollution, to developing a relationship with nature and gaining awareness of the connection between future populations and the earth.

Awards were presented to students for their research in each of the five categories.

Jaimie Roy, a senior English major student, presented a paper that examined the works of novelist Denise Giardina, who focuses on the West Virginia and Kentucky coal fields. Roy’s paper examined this work related to Helen Lewis’ model of colonialism in Appalachia and other social constructs. 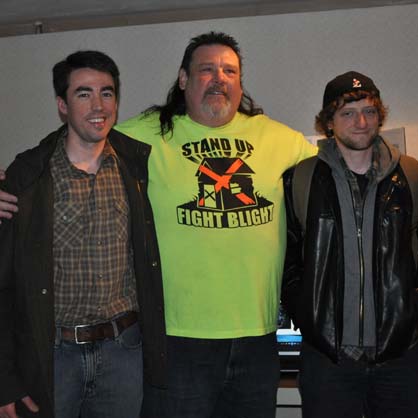 The featured speakers for the event included organizers of the Youngstown Neighborhood Development Corp. (YNDC), as well as an expert on organic farming and urban gardens.

Beniston, Daugherty and London discussed the origins of the YNDC and cited community involvement as its reason for success. London further explained how he formed the Idora Neighborhood Association and its urban development strategies for neighborhoods stricken by poverty and crime, and he shared stories about his involvement with the Idora Wildcats 4H club.

The speakers explained that the YNDC received grant funding from major corporations to allow neighborhood development to continue, and that the outcome of the work in Youngstown and Warren is greater involvement and pride in neighborhoods, greater community participation, programs that benefit the city and urban garden space. 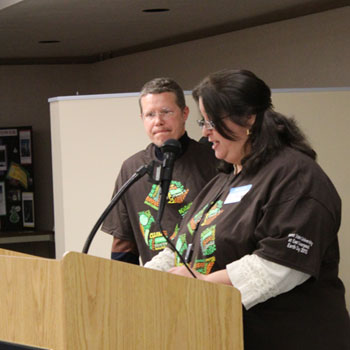 Brad Melzer is the director and educator for the George Jones Memorial Farm and Nature Preserve in Oberlin, Ohio, a 70-acre educational organic farm and nature preserve associated with Oberlin College that uses permaculture techniques.

Permaculture rebuilds farm land by restoring soil through organic techniques and provides a varied rotation of crops while keeping the initial characteristics of the land. This ecosystem perspective works to restore topsoil, wetlands, forests and meadows to create a truly sustainable food web that feeds people, animals and plants.