Hartenbach and Steele will be recognized at the 29th Annual Wall of Fame dinner on May 5 at the East Liverpool Country Club. Tickets are on sale now for the event and must be ordered online at www.commerce.cashnet.com/WOF. For more information about ordering tickets, call 330-382-7416. 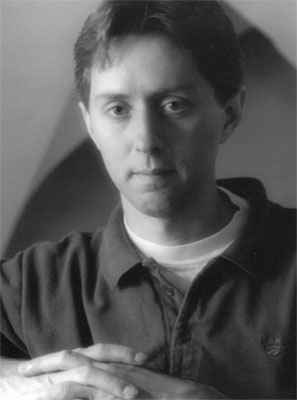 Hartenbach was born and raised in East Liverpool, graduating from East Liverpool High School in 1976. While in high school, he worked on the student newspaper and yearbook, and began playing guitar with area bands. Following graduation, he enrolled at the East Liverpool “branch” of Kent State University where he studied journalism and earned an associate degree in fine arts (English). He was a member of the Bridgers basketball team and continued playing music with local bands such as Galeon’s Lap, Appaloosa, and with local musicians Doug and Dave Smith, Bob Walker and Dave Morgan, among others.

Hartenbach worked at what was then the Evening Review newspaper for a short while, covering mostly sports, but it was music that had a grip on him.

In 1980, he left East Liverpool and headed to Michigan where he spent 20 years playing, writing and performing music, while also writing reviews of music and bands for the All Music Guide. In 2003, he followed his heart and landed in Portsmouth, New Hampshire, where he married his wife, Dawn, and made it his home.

A self-taught musician, Hartenbach is widely acknowledged as one of the best guitarists in the folk and indie music worlds. He has performed as a solo musician coast to coast in the U.S. and accompanied and/or shared the stage with hundreds of musicians, including Daniel Johnston (whom he met at Kent State East Liverpool and also a member of the Wall of Fame), Jim Lauderdale, Ellis Paul, Mary Lou Lord, Teddy Thompson, Taj Mahal, Garnet Rogers and R.E.M. producer Don Dixon. He played around the world in countries such as Japan, Australia, New Zealand, England and Germany.

In recorded music, Hartenbach is equally accomplished as a performer, songwriter, singer, musician and producer. He is known as a deep listener with one of the best ears in the business, making him equally adept as an accompanist and producer with an innate talent for bringing out the best in everyone with whom he works.

Although Hartenbach shared his talents around the world, his family roots are planted in East Liverpool. His parents included his mother, the late Arden Duffy; his step-father Robert Duffy; and his father, the late Hap Hartenbach. The second of five children, Brett’s siblings include Mark Hartenbach, Amy Mabbott, Sarah Crago and Robert Duffy.

Steele began earning college credits at the East Liverpool Campus as a post-secondary education honors student while still a student at East Liverpool High School.. He served as a student representative for campus activities and as an ambassador to other high school students. 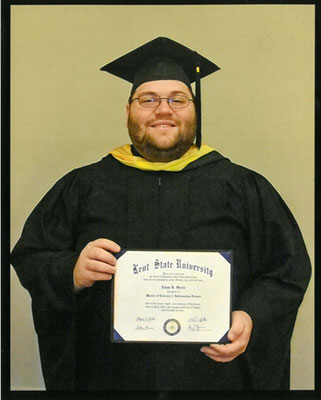 During that time, Steele was also involved in the local production of the “Wallpaper Project,” an oral history play for the state’s bicentennial observance, presented statewide by professional and local casts. He later appeared in other East Liverpool Oral History Project plays at local schools, academic conferences, nursing homes and throughout the state.

Steele graduated from ELHS in 2001 and began attending Kent State fulltime. While on the East Liverpool Campus, he was a writing tutor, a library student worker and a member of the Honors Club, while earning his bachelor’s degree in diversified language arts.

Steele continued his education at Kent State, earning a master’s degree in library and information science. He was the manager of circulation services at the Kent State University library in Kent, where he also was an assistant professor and served as the facilitator for the freshman orientation summer reading program. Steele belonged to the American Library Association, as well as the KSU Free Thinkers.

He often met with students moving from the East Liverpool Campus to the Kent Campus, helping them adjust and offering advice on employment or other student issues.

Growing up, Steele was active in Boy Scouts and earned the rank of Eagle Scout. He was a fifth-year Pipestone and belonged to the Brotherhood in Order of the Arrow.

Steele naturally embraced the importance of education and it was fitting that he made a career of it. His parents, Jon and Kathy Steele, each retired as teachers – Jon from East Liverpool City Schools and Kathy from the Beaver Local School District. Jon also taught for 15 years as an adjunct instructor on the East Liverpool Campus.

Combined, the Steele family earned 11 undergraduate and graduate degrees from Kent State University, and Adam was working toward his second master’s degree when he passed.