Giffin and the Lockes are being recognized at the annual Wall of Fame dinner Friday at the East Liverpool Country Club. 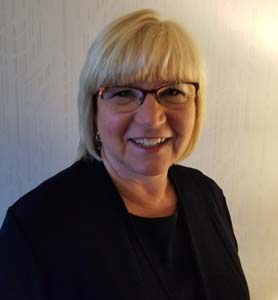 Katherine Giffin is a licensed physical therapist assistant and is the PTA program director at CBD College in Los Angeles. She currently serves the physical therapy profession as an onsite reviewer for the Commission on Accreditation of Physical Therapy Education (CAPTE); the chair of the PTA Educators Special Interest Group; a member of the board of directors for the Academy of Physical Therapy Education; and a member of the PTA Educators subgroup of the Education Leadership Partnership.

Giffin was an instructor at Kent State University and, in 1995, was named as the clinical coordinator for the PTA program for Kent State’s East Liverpool and Ashtabula campuses. In 2011-12, she became the PTA program director for both campuses and, in 2016, she relocated to California.

Since 2015, Giffin has been a regular presenter at national conferences, including the Education Leadership Conference, the Federation of State Boards of Physical Therapy annual meeting and delegate assembly, and the APTA combined sections meeting.

James and Keith Locke are each being recognized with the Friend of the Campus Award because of their generous donation of the former home of their parents, James and Margaret Locke, to the Kent State East Liverpool Campus. Now known as The Locke House, the home serves as a real-life simulation and training site for occupational therapy assistant students. 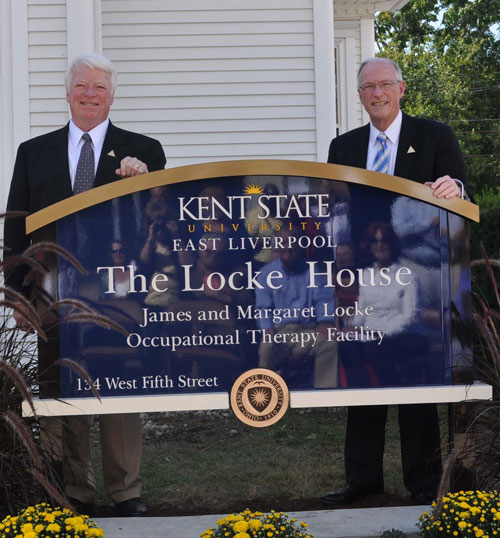 James A. Locke III (Jim) was born and raised in East Liverpool. He received his Bachelor of Arts degree from Ohio Wesleyan University and his Juris Doctorate from the University of Michigan Law School. Currently, he is the lead director of Constellation Brands Inc., a Fortune 500 company, and senior counsel to Nixon Peabody, LLP, an international law firm.

His legal career was principally focused on being lead attorney in mergers and acquisitions on behalf of public companies, nationally and internationally. He also served as a law firm managing partner; president of a school board; trustee of the George Eastman Museum; and director and officer of a nine-county economic development agency.

Jim Locke also was/is president of the East Liverpool High School class of 1960. He and his wife, Sue, have been married over 52 years and have three children and five grandchildren.

Keith E. Locke was born and raised in East Liverpool. He received his Bachelor of Arts degree from Ohio Wesleyan University; a Master of Arts from Middlebury College (Universitaet Mainz, Germany); and a doctorate in comparative literature from Indiana University.

From 1968 until 1971, Keith Locke served in U.S. Army Military Intelligence in Germany. In 2013, he retired as president and CEO of an international telecommunications and conferencing services provider.

Photo A: Kathrine Giffin
Photo B: Keith and Jim Locke