Skip to main content
Live Chat
Alan Canfora (left), one of the nine Kent State University students wounded on May 4, 1970, gives a tour of the historic May 4 site. Thomas Grace (right), who also was a student wounded on May 4, looks on while Canfora talks. 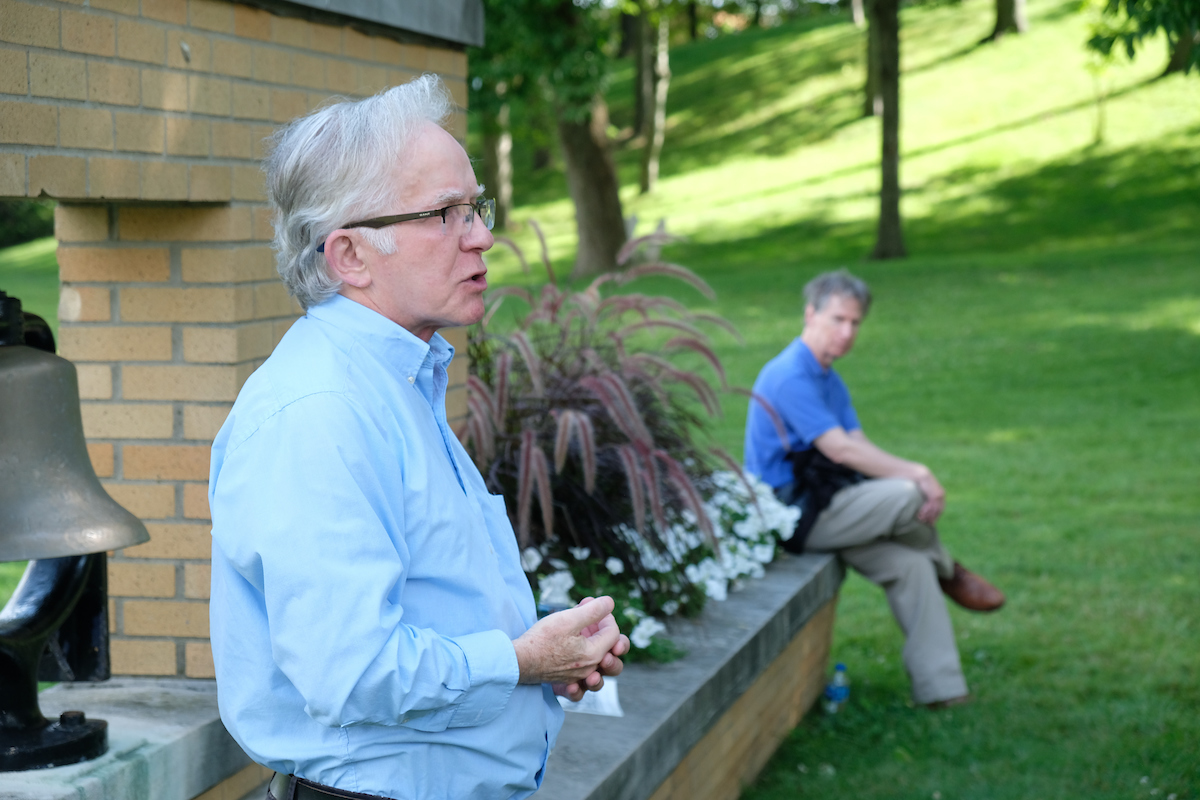 Members of the Kent State University community and people around the world will gather virtually for the 51st Commemoration of May 4, 1970, the day the Ohio National Guard fired on Kent State students during an anti-war protest, killing four students and wounding nine other students. Due to the global pandemic, this year’s May 4 Commemoration events will again be virtual.

To honor and remember the events that occurred on that tragic day, virtual programming hosted by Kent State students, faculty and staff is scheduled from April 30 through May 4 and will feature virtual screenings of “Fire in the Heartland: Kent State, May 4 and Student Protest in America,” panel discussions with special guest speakers, PeaceJam keynote speaker and Nobel Peace Prize winner Rigoberta Menchú Tum, and a presentation from the student leaders of the May 4 Task Force.

View the full schedule of events on the May 4 Commemoration website.

The virtual May 4 Commemoration will be a special video tribute premiering at noon Tuesday, May 4, on the May 4 51st Commemoration site. The video will focus on the nine wounded students: Alan Canfora, John Cleary, Thomas Grace, Dean Kahler, Joseph Lewis, Donald Mackenzie, James Russell, Robert Stamps and Douglas Wrentmore. The video features nine new markers that have been installed on the May 4 site indicating where each of the wounded students was located when hit by gunfire.

The markers for the nine wounded students join the four markers installed in 1999 in remembrance of Allison Krause, Jeffrey Miller, Sandra Scheuer and William Schroeder, the four students killed on May 4, 1970. Other physical markers on the May 4 site include the B’nai B’rith Hillel Marker, the May 4 Memorial, the Ohio Historical Marker, the May 4 Visitors Center, the May 4 Walking Tour, the National Register of Historic Places plaque and the National Historic Landmark plaque.

“Today we unveil markers for students wounded on May 4, 1970,” Kent State President Todd Diacon said. “These markers represent the latest addition to the National Historic Landmark site and provide greater insight to the events that happened on May 4, 1970.”

Roseann “Chic” Canfora, Ph.D., a May 4 witness, also expressed the importance of the new markers.

“One of the residual effects of being a shooting survivor is the re-emergence of the sights, sounds and memories of our traumatic experience when we gather for vigils or memorials,” said Chic Canfora, whose brother, Alan, was one of the nine wounded students. “Our annual commemorations on May 4 have served as a path to healing for many of us, and milestone markers on the shooting site have enabled us to set in stone and to manage the heartbreak we will carry for a lifetime.”

“This year will be the most difficult for me personally, and I imagine it will be for Tom Grace and many others, because it will be our first commemoration without Alan,” Chic Canfora said. “More than anyone, my brother made sure we gathered every year to commemorate and educate the world about May 4. He embodied and modeled for us the strength it takes to turn our pain into purpose.”

For more information about the virtual May 4 Commemoration events, visit www.kent.edu/may-4-1970/51st-commemoration.