Kent State University at Salem welcomed the James and Coralie Centofanti family, as well as community members, to campus to celebrate the completion of renovations to the health and sciences wing,  now known as Centofanti Hall. 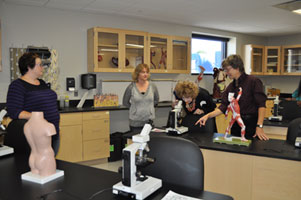 The Salem Area Chamber of Commerce held a ribbon-cutting ceremony Sept. 23, marking the opening of the renovated second floor of the building. 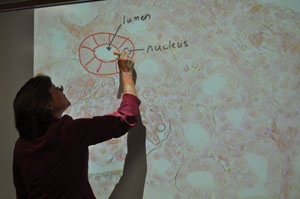 “This space makes our campus shine,” noted Dr. Steve Nameth, dean of the Kent State Columbiana County campuses. “More importantly, this space gives our students access to the latest technology and opportunities to apply their knowledge to hands-on learning that will better prepare them for the professional world they will soon enter. We are very fortunate that our mission is so soundly supported by members of this community.”

The multi-million-dollar health and sciences wing first opened in September 2011 with dedicated spaces on the first floor for nursing and radiology instruction, a conference room, bookstore and centralized classrooms. The second floor of the wing remained unfinished; therefore, the latest Centofanti Foundation donation helped transform the 9,000–square-foot shell into hands-on chemistry and biology laboratories, classrooms for science-related studies, research labs and restrooms. 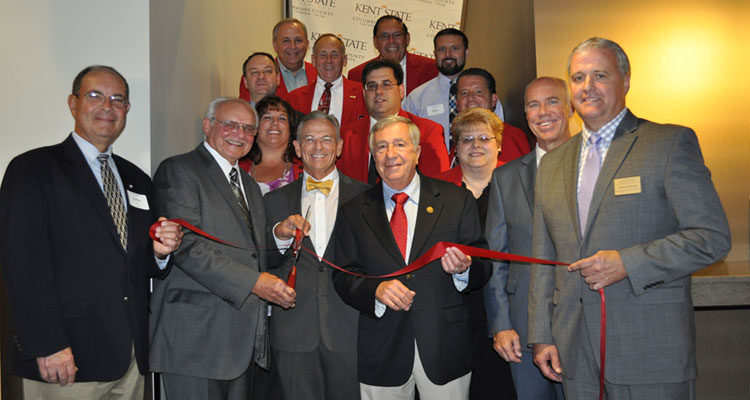 The initial renovation of the wing began in 2010 and converted an underutilized gymnasium into additional learning space for the Salem campus. Renovations on the first floor began in December 2010 and were completed in December 2011 at a cost of about $6.75 million. The project included the creation of more than 16,000 square feet of classroom and lab space, as well as new offices and a bookstore.

The second floor renovations began in September 2014 and were completed this past May at a cost of just over $2 million.

Faculty and staff moved into the new spaces over the summer and students are now using the state-of-the-art labs and classrooms.

The total cost of converting the gymnasium space into the health and sciences wing is almost $9 million. The monies included equal amounts of local contributions, local campus funds and state funds. Since 2010, more than 33,200 square feet of space has been renovated.

A: Members of the Centofanti family gather with biology and chemistry professors in the new chemistry lab on the completed second floor of Centofanti Hall.

B: Leah Meeks, biology professor, demonstrates some of the new teaching technology in the biology lab.

C: Students are proud to show off the new biology lab to visitors.

D: A ribbon-cutting-ceremony was held with members of the Salem Area Chamber of Commerce and local dignitaries to officially open the completed second floor of Centofanti Hall.