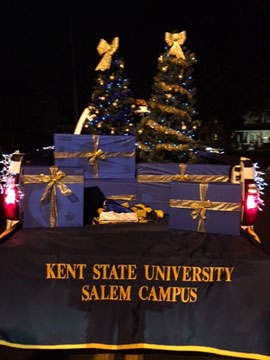 ent State’s Columbiana County campuses were well represented in the annual holiday parades in each of their respective communities.

The Kent State Salem Campus participated in the Salem parade on Nov. 30, represented by students, faculty, administration and Flash. The Undergraduate Student Council decorated the campus pickup in blue and gold, while campus representatives handed out treats and pencils to those watching from the curb. 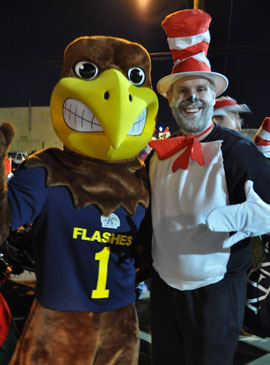 The East Liverpool Campus spent months getting ready for the East Liverpool parade by collecting, sorting and organizing more than 2,700 children’s books that were handed out to youngsters along the parade route as part of its “Season’s Readings” project.

Students, administrators, staff and family members embraced the Dr. Seuss theme, bringing many of his beloved characters to life for the parade on Dec. 2 – along with Flash. Parade organizers selected the Kent State East Liverpool float as the first place entry in the Novelty division of judging (this was the second year in a row for this award!).

Both parades took place at night and the weather was perfect for each event. Thousands of our neighbors in Columbiana County received holiday wishes from Kent State. 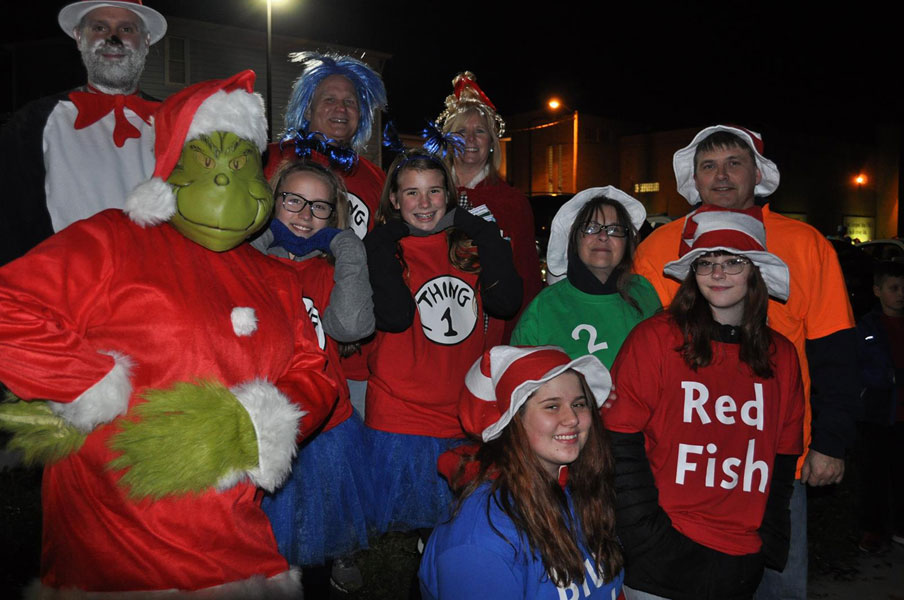