The Kent State Salem ceremony is Friday, May 9, at 5:30 p.m. in the City Center Auditorium. A reception will be held immediately after the ceremony from 6:30-7:30 p.m. for graduates and their family and friends.

The Kent State East Liverpool ceremony is Friday, May 9, at 7:30 p.m. in the Memorial Auditorium. A reception will be held before the ceremony from 6:00-7:00 p.m. for graduates and their family and friends.

Noor Din, founder and CEO of Human Endeavour (located in Vaughn, Ontario, Canada), switched from a successful career in engineering to practicing his innovative ideology of supporting the community and helping residents achieve their goals in life.

Din also is serving as this year’s convocation speaker for the Kent State Salem BSN program. He and his staff recently hosted several of Kent State Salem nursing students, faculty and staff during an international cultural immersion experience in Vaughn, Canada. There, the students worked with immigrant populations from Southeast Asia, Eastern Europe, the Caribbean and Western Europe. They were immersed in a diverse community representing over 99 different languages and cultures.

Human Endeavour is a nonprofit organization formed in 2004 that harnesses partnerships and social enterprise models to meet community needs, as well as combat poverty, and promotes peace and democracy in developing countries around the world. It is widely viewed throughout Canada as the innovation leader for providing solutions to social challenges. Human Endeavour received the 2010 Innovation Award by the Ontario Ministry of Health and Long-Term Care.

Din’s passion for innovation and creativity helped grow and sustain employment and senior support programs, reaching hundreds of people across the Greater Toronto Area and its diverse ethno-racial communities. Many of Human Endeavour’s successful community projects that began in Vaughan are now being replicated by other cities and regions.

Din arrived in Canada from Pakistan in 1990. Over the years, he became involved in many cultural, community and senior organizations in Vaughan, giving his time to develop programs and activities that help others integrate into Canadian society.

In 2012, Din received the 3M Health Leadership Award that honors outstanding leaders who have a significant impact on the health of their communities in Canada. In 2007, he was named the City of Vaughan’s Civic Hero.

In 2005, students and fellow faculty members recognized his superior teaching abilities and he received the Outstanding Teaching Award for his excellence in the classroom. Last year, Rutledge earned the Friend of the East Liverpool Campus Award for his ongoing advocacy of the local campus.

As a professor, he provided countless opportunities for students to practice their skills in the classroom and throughout the region. Rutledge also demonstrated Kent State East Liverpool's concern for the community by initiating programs and scholarships that highlighted both scholastic excellence and good citizenship.

Rutledge is a lifelong learner, receiving three bachelor’s degrees and a master’s degree. His love of learning was instilled in him by his father, who was accustomed to farm work and the manual labor associated with that type of lifestyle. He is an advocate of community service and spends free time volunteering at the Carrollton Golden Age Retreat and with the Big Brothers/Big Sisters program. 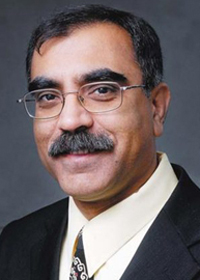 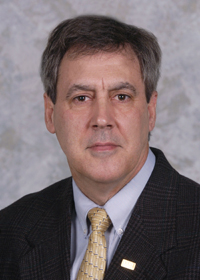