Kent State University’s Columbiana County Campuses recently received a $100,000 grant from the Ohio Department of Education’s Community Connectors program, the third year such funding has been awarded for this program. 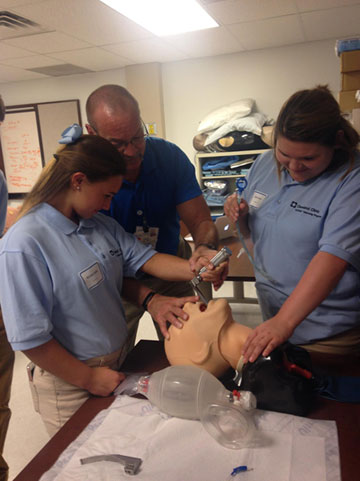 The Rural Scholars Program is designed to offer local first-generation college-bound students and their families the knowledge and social support needed to succeed at a university. The goal is for each student in the program to complete a post-secondary education with credentials necessary to succeed in his or her career. Students are chosen by their schools on the basis of their academic and leadership potential.

Kent State Salem and East Liverpool students serve as mentors to the younger scholars. Each mentor is a first-generation college student from Columbiana County with a strong record of academic success and a desire to serve the community.

Students in the oldest cohort of Rural Scholars are entering their senior years at their respective high schools this fall, but are busy planning for college and post-secondary education. Some are mentoring younger scholars in the program.

Wendy Pfrenger is the director for the Kent State Rural Scholars program. “The continued support of Community Connectors over the past three years has made it possible to take this little dream our campus and community dreamed together and turn it into a robust program that impacts the lives of hundreds of kids in Columbiana County every year,” she said. “We couldn’t have done it without the funding for staffing and transportation provided by Community Connectors.”

Because the Rural Scholars program continues to grow each year – adding new scholars, new schools and new mentors – she said the expenses to support the program also grow. The grant will support transportation for workshops and field trips, while also helping Pfrenger prioritize staffing needs. 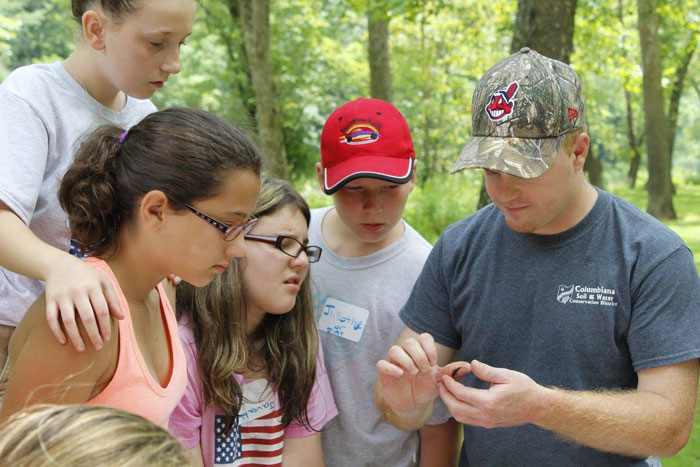 While local public schools are in recess for the summer, all students involved in the Rural Scholars program are busy with several weeks of workshops that expose them to local businesses, family farms, public resources and classroom sessions.

This year, for the first time, Rural Scholars partnered with the Cleveland Clinic and Akron General Hospital to provide a select group of Rural Scholars with a four-week paid medical internship. The selected students expressed interests in medical careers and the internships allowed them to experience real clinical settings at the Salem Regional Medical Center, Akron General Hospital, the Columbiana County campuses and the Kent Campus.

The Rural Scholars program also partnered with leaders from the Ohio insurance industry to create a Risky Business workshop geared toward educating scholars about career pathways in insurance, as well as the consumer side of the industry.

The Community Connectors program was introduced in 2014 by Gov. John Kasich and is designed to bring together parents, non-profit community organizations, faith- or values-based entities, businesses and other stakeholders to support Ohio’s schools through the development of a statewide mentoring program for students in grades 5-12 from eligible school districts.

The grant requires recipients to carry out five core principles of the Community Connectors program. These include: setting goals to be prepared for 21st century careers; building character; developing pathways to achievement; building a sense of resiliency; and believing in a positive future.

According to information from the Community Connectors program, this was the most competitive round yet, with 197 completed applications requesting nearly $18 million in funding. Only $10 million in funding was allocated. 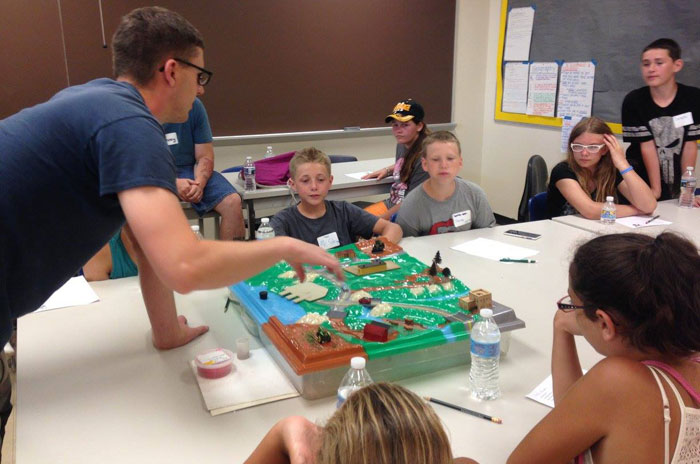 While the success of the Rural Scholars program relies heavily on the mentoring relationships, Pfrenger is quick to recognize the importance of support from local businesses and organizations.

“Our business partners and donors recognize the value of this program and support it wholeheartedly,” she said. “And so many other area businesses have helped by opening their doors to our scholars and allowing them to see the types of job opportunities available for them once they graduate from Kent State. They inspire and encourage our students.”

Photo B: Rural Scholars (from left) Melody Wright, Kaitlin Shingler, Javahla Cowdery and Jimothy Jancel look on as Jason Reynolds of the Columbiana County Soil and Water Conservation District shows them macroinvertebrates found in the water of Beaver Creek.