A reception for graduates, families and friends will be held from 5 to 6 p.m., followed by graduation ceremonies that begin at 6:30 p.m.

Diplomas will be presented to graduates from the summer 2017, fall 2017 and spring 2018 semesters on the East Liverpool and Salem campuses.

Conrad grew up in Salem and learned about service to others from his parents George Leonard and Helen Prutton Conrad. 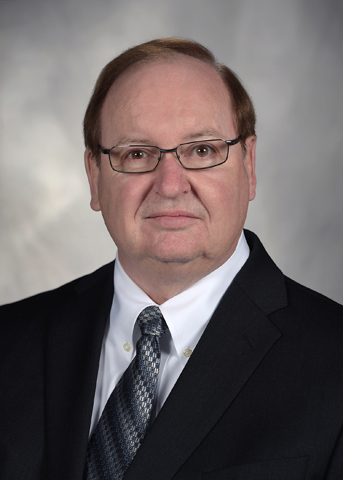 After high school, he entered service to his country as a United States Marine and used the GI Bill to attend college in 1973.  In 1974, Conrad earned two associate degrees from Kent State University at Salem, one in general studies and one in criminal justice.  He transferred to the Kent campus to earn a Bachelor of Arts degree in law enforcement administration in 1975; and a Masters of Arts in political science in 1976.

After completing his degrees, Conrad worked in law enforcement as a probation and parole officer, before joining the U.S. Department of State in 1980 as a Foreign Service officer, working for the Bureau of Diplomatic Security.

This entailed him being posted in six countries and traveling the world with his wife, Dr. Susan Conrad, whom he had met years earlier in Iran during his assignment as a Marine security guard at the American Embassy. She worked as a teacher and administrator at the different postings, and also created two U.S. Department of State schools in Africa, one in Chad and the other in Mozambique.

In 2004, Conrad received the Secretary's Career Achievement Award recognizing his dedicated service to the U.S. government, including service as a U.S. Marine security guard and as a special agent with the Department of State's Diplomatic Security Service at U.S. Embassies in El Salvador, Chad, Australia, Mozambique, Yemen and Mongolia, as well as with the Washington Field Office, Secretary's Detail, Physical Security Division, Dignitary Protection, and Domestic Facilities Protection.”

The Conrads both retired in 2012 and relocated from Virginia to Hudson, Ohio, to be near family. They are active supporters of Kent State University and patrons of the arts, including Kent Blossom Music Festival and the Piano Institute.