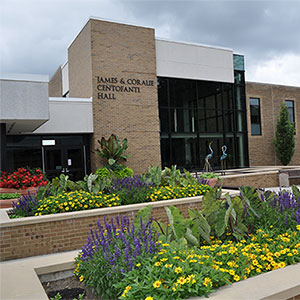 Part of the recent homecoming festivities on the Salem Campus included a time to observe the 10th anniversary of the opening of the James and Coralie Centofanti Hall.

Several faculty and staff members, students, alumni, community members gathered to reflect on how the James and Coralie Centofanti Hall has changed lives over the last 10 years.

Special guest Joe Centofanti, son of the late James and Coralie Centofanti, shared how his father came to the United States from Italy and, through hard work and wise planning, built a successful business in the area. The business created jobs, built structures that housed other businesses, provided for his family and made it possible for him to give back to the community. 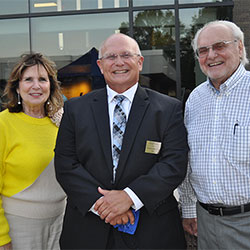 “My dad didn’t have a college degree, but he was a master at what he did,” Joe Centofanti shared. “He believed in education and encouraged others to go to school. He would be very proud to know that he helped make this addition to the campus possible.”

Also offering comments about the meaningfulness of Centofanti Hall to the Salem Campus and its students were:

The multi-million-dollar Health and Sciences Wing opened in September 2011 and features state-of-the-art facilities on the first floor, including dedicated spaces for nursing and radiology instruction, a conference room, bookstore, faculty offices, student lounge and centralized classrooms. 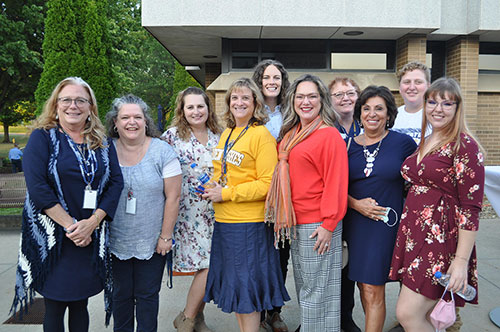 The initial renovation of the wing began in 2010 with plans to convert an underutilized gymnasium into an additional 16,000 square feet of learning space for the Salem Campus.

Contributions to help finance the kickoff of these renovations were received from Salem Community Hospital, the Salem Community Foundation, the Pearce Foundation and more than 50 private individuals and families, including the Centofanti’s.

The Centofanti Foundation’s donation was used to transform the 9,000 –square-foot shell into showcase of laboratories and additional classrooms for biology, chemistry and other science-related studies.

Shortly after work began on the second floor and with approval by the Kent State Board of Trustees, the wing was named the James and Coralie Centofanti Hall. 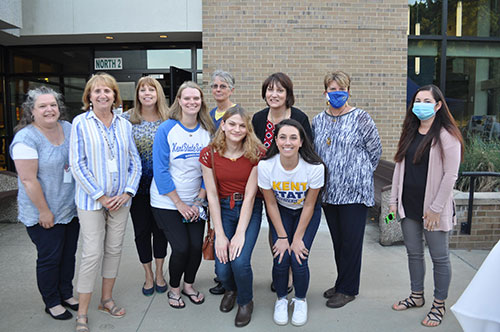 The second-floor renovations began in September 2014 and were completed in May 2015 at a cost of just over $2 million. Faculty and staff moved into the new spaces over the summer and students are now using the state-of-the-art labs and classrooms.

A ribbon-cutting ceremony was held on September 23, 2014, to mark the completion of the second floor of Centofanti Hall.

At that ceremony it was stated that “Jim and his wife, Coralie, believed in giving back, the power of philanthropy and the importance of learning. This gift will help prepare students to fill important professional roles in our community. Kent State Salem’s students demonstrate the work ethic that Jim believed was essential to success in any field.”

The total cost of converting the gymnasium space into the health and sciences wing was almost $9 million. The monies included equal amounts of local contributions, local campus funds and state funds.

Cutline A: The James and Coralie Centofanti Hall on the Kent State Salem Campus.

Cutline C: Nursing faculty (past and present), alum and students