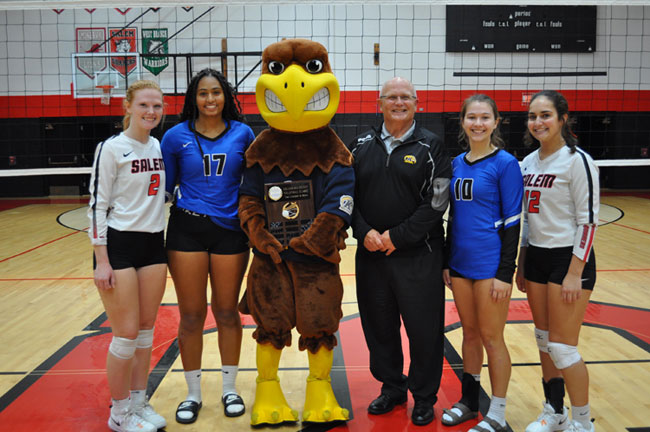 Flash helped entertain the players and fans, tossing t-shirts into the stands and interacting with all.

A highlight of the night was the presentation of four $500 scholarships that were each presented to seniors from the two schools. Receiving the scholarships were Cece Peachy and Emily Recktenwald from East Liverpool High School; and Kaylee Freeman and Taylor Troy from Salem High School. 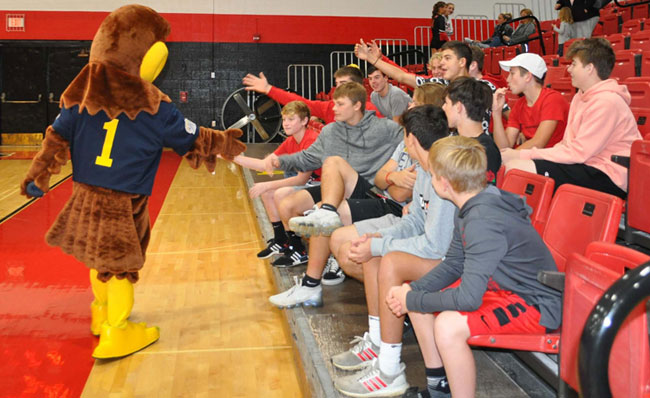 Winning the drawings for Bluetooth speakers were Jessica Mackey of East Liverpool and Abbie Davidson of Salem.