Receiving the Bedford St. Martin’s College Writing Essay Awards were Michelle Santini, for placing first in the Tier I level of competition, and Jonathon McCann, placing first in the Tier II level. Santini is a freshman, majoring in nursing, while McCann is a freshman pre-med major. Both were taught by James Winter, English lecturer on the Salem Campus.

The Kent State Salem students’ works were judged against submissions from students representing all of Kent State’s campuses.

The awardees in the photos are shown with Robert Trogdon, chairman of the Kent State Department of English. 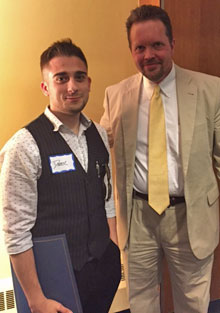 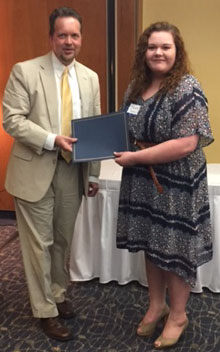 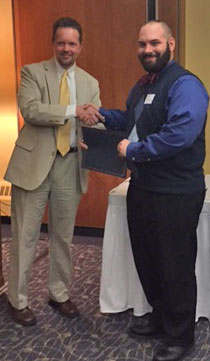