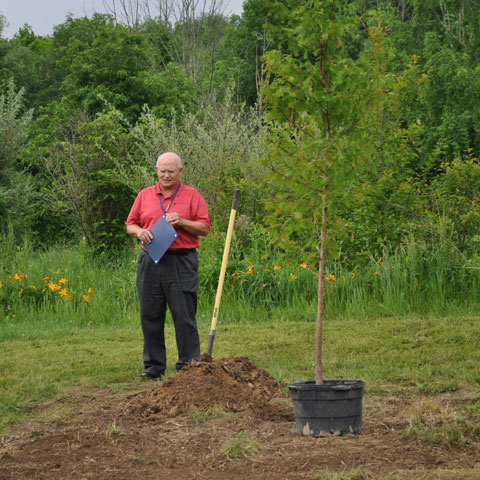 Step one foot onto the Kent State Salem Campus and evidence of Chris Carlson is everywhere.

The retired tenured professor of horticulture dedicated his life and harnessed his passion to create beautiful outdoor spaces on the Salem Campus over a career that spanned nearly 30 years. Carlson retired from teaching in 2021, but his love for the campus and the horticulture program never stopped. 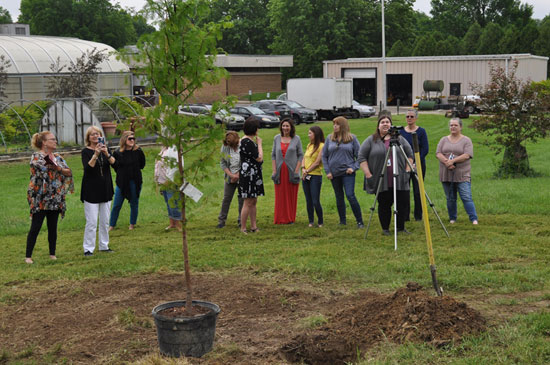 Unfortunately, since retiring, Carlson has battled amyotrophic lateral sclerosis (ALS), commonly known as Lou Gehrig’s disease and is living in Wisconsin with family members. He joined the gathering by phone and expressed his appreciation for the tree and for the relationships he made while working at Kent State Salem.

In his honor, faculty and staff members held an informal ceremony during which a tree was planted near one of the gardens he designed and created with his classes. Carlson selected a Dawn redwood as the species of tree to be planted.

Soon, a plaque will be placed near the tree that reads:

This tree is planted in honor of
Chris Carlson

Professor of Horticulture
Who planted seeds of knowledge,
Whose life was rooted on this campus and
Whose legacy will continue to grow for years.
June 2, 2022 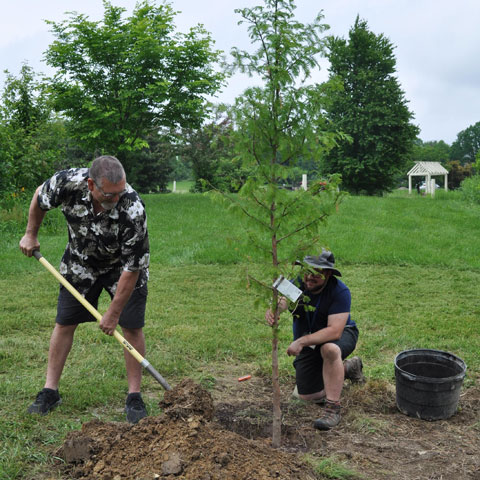 Dr. Louise Steele, assistant professor of biology on the Salem Campus, created a video that captures the sentiments of the ceremony and the beauty of the campus that Carlson helped grow.

Cutline A: Dean David Dees spoke about the legacy of Chris Carlson and his role in creating the horticulture program on the Salem Campus.