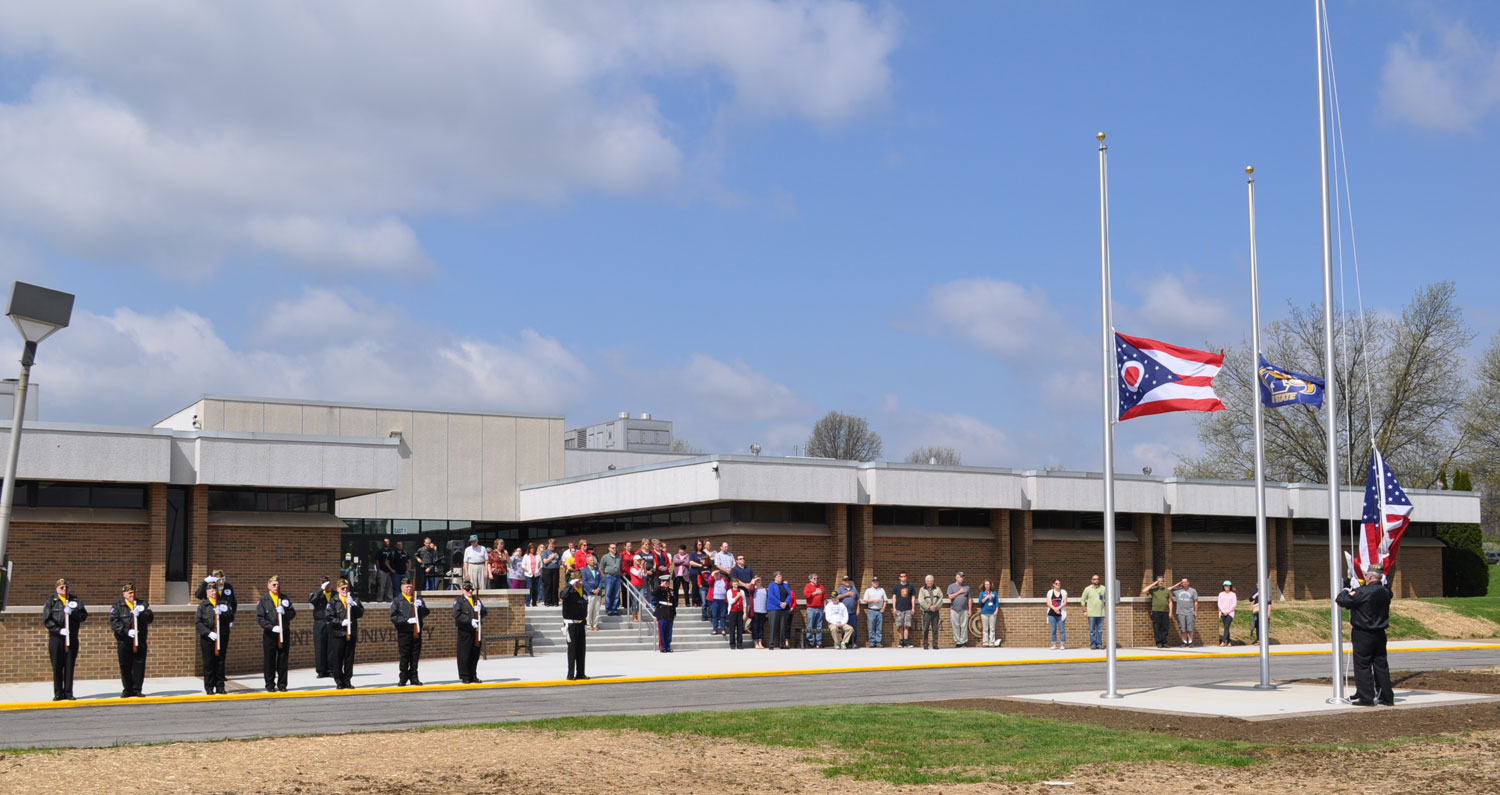 The Kent State Salem Campus paid tribute to community members, faculty, students and staff who are U.S. military veterans during a flag raising ceremony at the new front entrance to the building.

Under a beautiful blue sky and with a crisp breeze, members of the Salem AMVETS Post 45 honor guard raised the U.S. flag while Peggy Elliott, a member of the Communiversity Choir, sang the national anthem.

Over recent months, the front entrance was completely redesigned and renovated, which eliminated the previous flag pole. A trio of new flag poles was placed in the front lawn, allowing the U.S. flag, Ohio flag and the Kent State flag to be flown on individual poles with better illumination.

The day included a cookout for the students, faculty, staff and local veterans, during which each veteran received a small gift from Kent State.