Ohio's Got Talent competition winner Marina Strah of Westlake is now a top three finalist for the Ryan Seacrest Cover Contest for her YouTube cover of Taylor Swift's "Shake it Off." Supporters can vote for her at RyanSeacrest.com. The online contest will announce the winner Monday, October 20.

"Two days after Ohio's Got Talent, I come home from class to unwind and check my email, and I see an email from Ryan Seacrest. My first thought was that it was spam." Strah said. "But I open it, and it said I was selected by the Ryan Seacrest production team for the Ryan Seacrest cover contest for my cover of Taylor Swift's 'Shake it Off'".

Strah, a communication studies major at Kent State University, says talent scouts picked eight artists from YouTube they think best covered particular songs. Next, there were weeklong rounds of voting for each cover.

Strah admits she did not expect to make it this far in the competition. "I was not expecting to even make it to the top five because I have the smallest following on YouTube with about 1,500 subscribers; every other artist has thousands and thousands," Strah said about the contest that is trending at #2 on Ryan Seacrest's website.

"It's been crazy. I don't think I've fully grasped it yet, especially when I think about how fast everything has happened. First, I unexpectedly win Ohio's Got Talent, my first ever competition, then I am entered into a contest with Ryan Seacrest," Strah said. "Never in a million years did I think I would ever be associated with this person, let alone have my face all over his website. Now, I'm getting ready to start recording my first ever album. Just to know that I'm one step closer to actually achieving my dream feels really good."

Strah says her ambitions regarding a music career are recent even though she has been involved with music since about age 12 when she learned to play the drums. "This all started about 3 years ago, during my freshman year of college," Strah said. "I just picked up playing the guitar and singing went along with it. My entire family is so supportive and they always tell me, 'If you're going to go for it, go for it. Don't hold back.'"

Marina says the combination of talent and good communication skills will help turn her musical ambitions into a career after college. "Everything I'm learning in my communication studies and public relations courses I'm using on a daily basis," Marina said. "It's taught me how to communicate and interact with an audience. You're always on your toes in Communication Studies, which I love because it's a real-life experience. The skills I've been learning have directly translated into a music career, which is more than I could ever ask for."

"I've been extremely lucky to have talked to some of my biggest inspirations in music," Strah said. "They told me to never treat this as something that isn't tangible and not to be too hard on yourself or put limits on yourself before you even know what you're capable of." 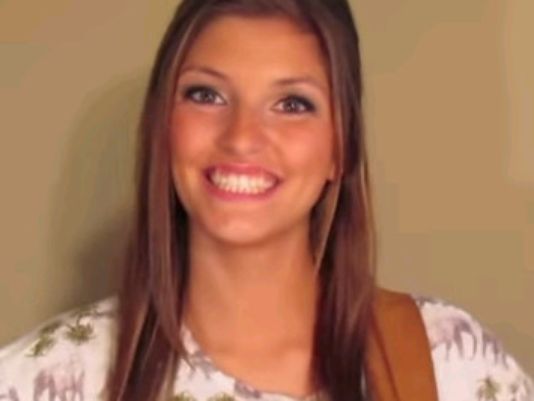