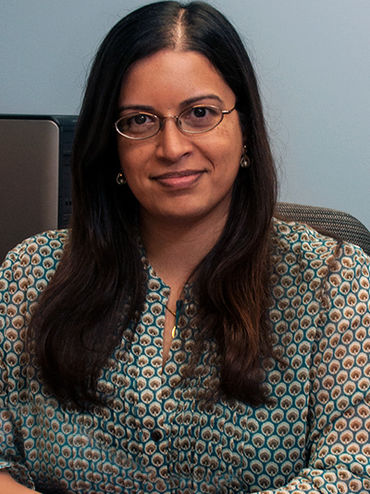 The book contains 17 critical essays by Indian, European, Indo-Scottish and Indo-American scholars that affirm heterogeneity and difference while celebrating diverse ways of looking at South Asian diasporic film and drama.

Sharma authored the chapter “Desi Films: Articulating Images of South Asian Identity in a Global Communication Environment.” The chapter discusses how movies created by and about South Asian immigrants reach large numbers of people and serve as a vehicle for cultural articulation and debate, reflecting the challenges of what it means to be Indian in a global context. Sharma discusses stereotypical portrayals of South Asians in Indian and Western media and identifies common themes in how hybrid identities are depicted in diasporic films.

“People often think of immigration in terms of a simply binary between home and host cultures, or in the case of South Asians, a choice between East and West,” Sharma said. “But that’s a false dichotomy. These films highlight the notion that immigrants and their children negotiate their identities individually and collectively in a much more nuanced and complex way.”

Sharma said this research is especially important in light of the contemporary tensions between nationalism and globalization. She explained that films about diaspora communities empower people in those communities to assert their own views, but they also promote empathy among viewers for people from different parts of the world.

“It’s important for people of diverse backgrounds to be able to tell their own stories,” Sharma said. “These movies provide important perspectives on the immigration experience that may help audiences understand the challenges people in marginalized groups often face.”