The School of Communication Studies at Kent State University will host its fall Global Issues Forum with the Pulitzer Center on Crisis Reporting at 6:30 p.m. Monday, Oct. 16 in Rm. 226/226A Taylor Hall. 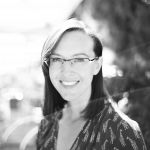 International reporter Malia Politzer will present, “Refugee Boom and Bust: A Global Gold Rush,” which describes how “CEOs, criminals and small-time vultures are making a killing off the refugee crisis.” This free forum will highlight Politzer's reporting for Huffington Post’s investigative magazine Highline on the political and economic impact of the refugee crisis in Niger, Italy, Germany and Turkey — from smuggling economies in Turkey, to the rise of transnational criminal networks in Africa and a spike of nationalist activity in Europe.

Politzer has covered Europe's economic recession, the refugee crisis, immigration, identity issues and religious tensions in both Europe and India. She has won multiple awards for her reporting, has published articles in the Wall Street Journal, The Economist, Vogue, Far Eastern Economic Review, Foreign Policy Magazine, Reason Magazine, and Migration Policy Institute’s monthly magazine The Source, and is a regular contributor to Devex.

Communication Studies Professor Paul Haridakis, Ph.D., will also speak as part of the session, detailing the history of immigration issues in the United States and discussing how those relate to current concerns here and abroad today.

"The School of Communication Studies’ ongoing Global Issues Forum brings Pulitzer Center reporters to campus who offer personal and professional perspectives on how a news story is covered," said Elizabeth Graham, Ph.D., director of the School of Communication Studies. "The ongoing forum is an integral part of the school’s curriculum which includes a global communication concentration that prepares students to think critically and communicate globally."

Kent State is part of the Pulitzer Center’s Campus Consortium network that includes 27 colleges and universities. The Campus Consortium initiative is a core component of the center’s effort to create awareness campaigns around global systemic issues. Previous forums have focused on the topics of fracking and women and children’s issues.

The School of Journalism and Mass Communication and the Gerald H. Read Center for International and Intercultural Education are event sponsors.

The lecture is free and open to the public. Parking is available in the Taylor Hall visitor's lot which off Midway Drive.

Photo credit to Emily Kassie and the Pulitzer Center on Crisis Reporting: Agadez’s elite business classes now include drug dealers, smugglers and pimps – the types of people who rape newly trafficked women to “break: them, beat migrants who haven’t paid their passage or bribe officials so this illicit work may continue.