Four Saudi Brothers Follow Each Other to Degrees at Kent State

Over the past 10 years, Thamer, Ismail, Yousef and Musaad Alqahtani have made Kent State their second home. 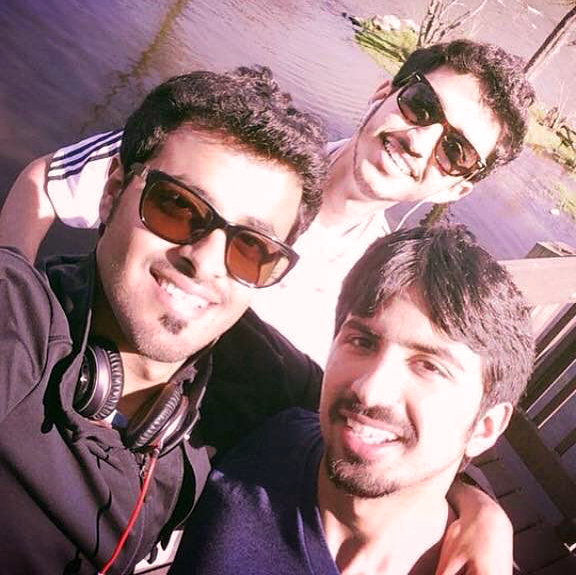 For the Alqahtani family from Riyadh, Saudi Arabia, Kent State has become more than a distant university – it has literally become a second home. Remarkably since 2005, four brothers from the family have traveled to Kent State to earn a degree. Living in the beautiful capital of Saudi Arabia, Riyadh, the Alqahtani family includes a total of 10 children, seven sons and three daughters. The family was raised extremely close and still lives together as a large family unit that includes the wives of a number of the brothers.

The first Alqahtani brother, Thamer, now 27, came to Kent State University in 2005 to earn a bachelor’s degree in Finance and a master’s degree of Management.  He had heard of the world-class reputation of Kent State University’s Business program and decided that the college was the correct choice for him. Right from the start, he discovered that Kent State was an enjoyable, safe and exciting place to be. He often spoke highly of the university in his communications to his family back home in Saudi Arabia. As a result of Thamer’s favorable opinion of Kent State, he was followed a few years later by his younger brother, Ismail, who eventually earned a Bachelor of Entrepreneurship with a minor in Human Resources Management. Encouraged by his brothers’ academic success as well as their frequent accounts of their experiences at college in the U.S., the third brother, Yousef, also decided to to earn his bachelor’s degree in Finance and master’s degree of Management at Kent State.  Now, Musaad, the youngest of the four brothers, is completing his senior year of studies and will soon earn his bachelor's degree in Aeronautical Studies, as well as a minor in Flight Technology.

Because family is so important to the Alqahatanis, Musaad felt honored to be attending the same college as his three older brothers. Musaad recently explained how much he loves and enjoys his time at home with his family, but acknowledges that he has built a new life while at Kent State. Coming from such a close-knit family, Musaad indicates how accomplished he felt learning to depend on himself for everything while being so far away from home. He discovered that he was capable of far more than he thought possible and had his opportunity here at Kent State to thank for his recent personal growth, independence and confidence. He is especially proud of learning a new language and immersing himself in a significantly different culture. Musaad sincerely hopes, though, that he is not the last of his family to attend Kent State University and that one of his remaining brothers or sisters will uphold the tradition. He hopes to talk to them about it when he sees them all again very soon.