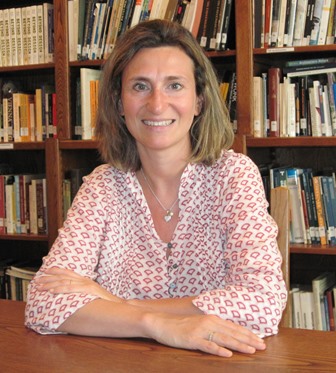 Since 2002, Professor Visentin has been an adjunct professor for  American study abroad programs, teaching courses on Archaeology and Classics. Since 2006, she has held a course on Pompeii, guiding students to Pompeii and Herculaneum. In 2014, Professor Visentin joined Kent State Florence as an adjunct professor teaching a course on “Roman Achievement” and taking students to Rome to study the Colosseum, the Forum, and the Patheon. Her main field of study is the historical and archaeological  transformation of the town from Roman times to the Medieval period. She has archaeological excavation experiences in Italy (i.e. Medieval Castles in Tuscany - 1995-1999, Benedictine monastery of San Vincenzo al Volturno, excavations directed by British school at Rome - 1995, Roman villa of Passo Lombardo in Rome - 1997) and abroad (Byzantine city of Halutza, excavations directed by University of Beer-Sheva, Israel - 2000).