Alex Hyde is an upcoming spring 2021 graduate of the Kent State Honors College. He is a biology major with a focus on pre-medicine and a medical anthropology minor. 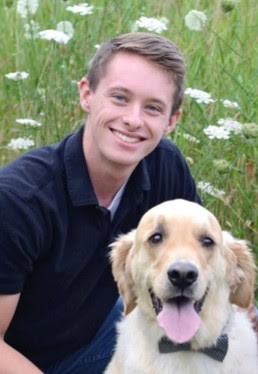 Hyde chose to apply to the Honors College because of the scholarships he was offered and to help build his resume to apply for medical school.

The early registration and wide range of classes available to him have been the most beneficial part of Hyde’s Honors College experience. “I have gotten to take a wider range of classes, really rounding out my education,” Hyde said.

Along with this, Hyde stated the best part of being a member of the Honors College has been the professional connections he has made. Through the connection with NEOMED, Hyde was able to secure a volunteer research position.

Hyde’s research was focused on primate grasping. He spent a lot of time looking at X-rays of animal hands during his time working on this. He presented this work to the American Association of Physical Anthropologists. He completed this research in the spring of 2019.

Hyde’s favorite course at Kent State was Organic Chemistry. He stated that although many people think it’s difficult, it made sense to him and he liked learning the process.

Dr. Alexander Seed was Hyde’s Organic Chemistry professor and he says that he is a professor who stuck out to him during his tenure at Kent State. Hyde said Seed made the class easy and he recommends him to anyone who is going to take the course. “He’s my favorite professor I have ever had,” Hyde said.

Following graduation, Hyde will begin medical school at NEOMED in July. His long term goal is to become a surgeon of some type. “When I first decided to pursue medicine, my first shadowing experience was with an orthopedic surgeon and that just blew my mind so I have been going down that path ever since,” Hyde said. Hyde completed shadowing at Western Reserve Hospital and University Hospitals Portage campus.

Hyde credits the Honors College with helping him get out there more and force him to be more outgoing through volunteer experiences. He also said he appreciated being able to take honors sections of courses which challenged him academically.

At Kent State, Hyde was part of the Kent State Ski Club and the Kent State Running Club. He also volunteered at University Hospitals Portage. He worked the front desk and the emergency room desk. He also transported patients. He stated this was one of his favorite experiences.

In his free time, Hyde likes to run, workout, play video games, read, and golf. Hyde also works as a runner for the Cleveland Indians. He said he loves his job and has a lot of fun doing it.

Hyde’s best advice to his fellow undergraduate students is to stay motivated and keep pushing hard through all of your classes until the very end.