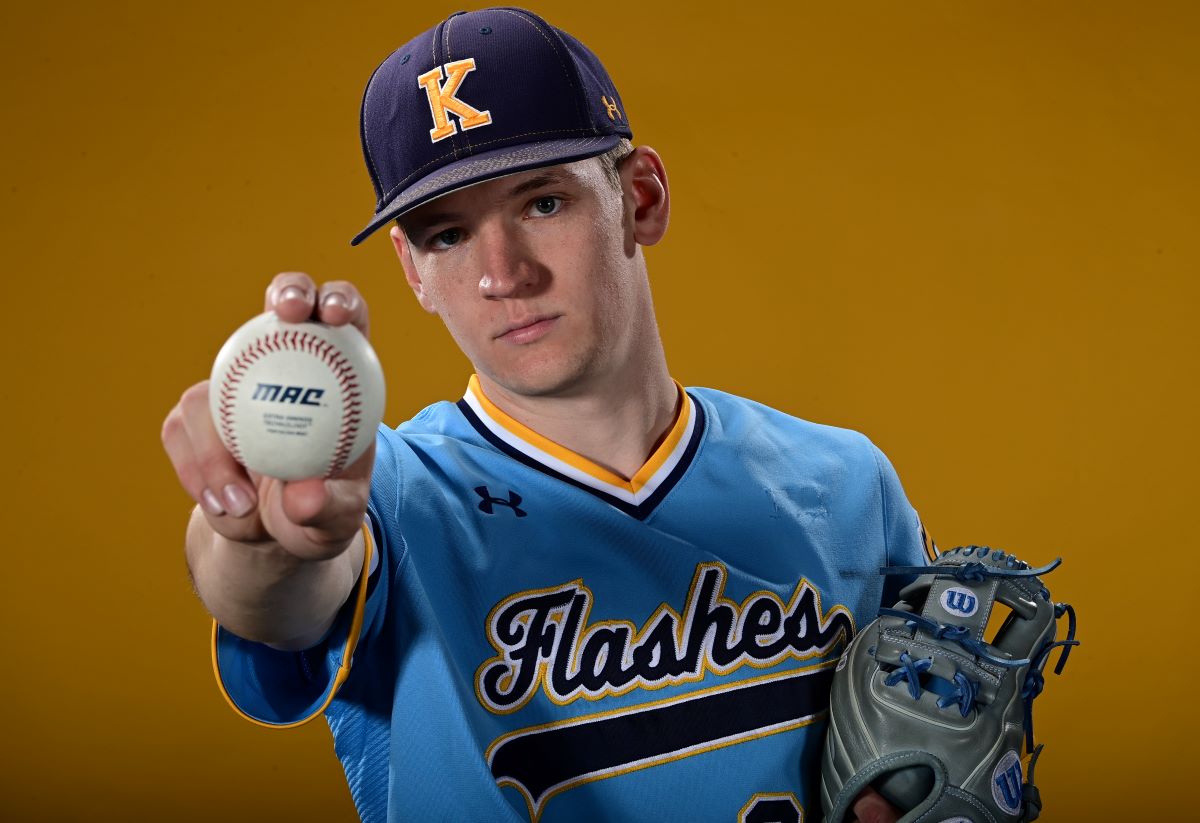 Pitching for Precision on the Mound and In the Lab

Richie Dell, a senior molecular biology major, has navigated the last three years as a Kent State University Honors College student as well as a pitcher for the Kent State Men’s Baseball team. With extra coursework from Honors-level classes and playing a Division I sport, he always has to be in tip-top shape - whether on the pitching mound or in the classroom. 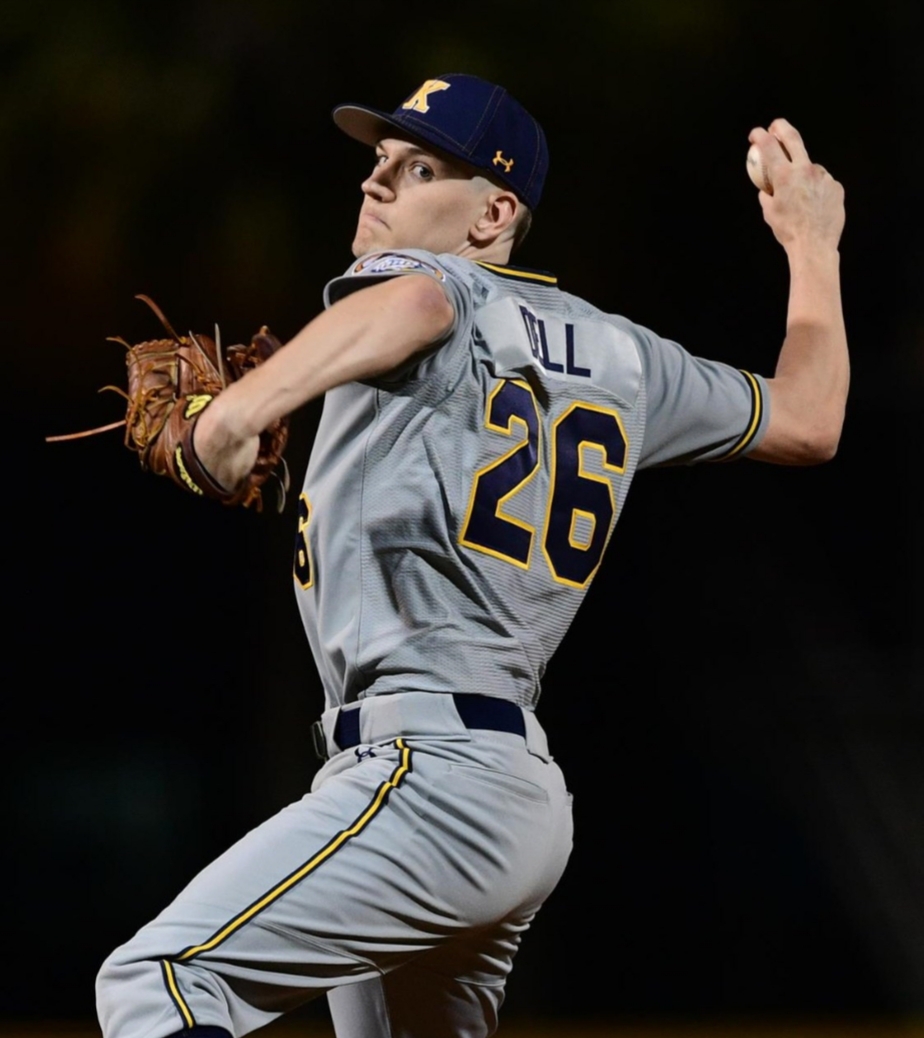 Completing schoolwork while playing a Division I collegiate sport can be difficult to manage. Dell says his key to success is getting into a groove. “I’m super routine-oriented. Our coaches preach that a lot. Every day is pretty much the same. Get up at the same time. The only thing that really changes is my class schedule… but having that routine is what gets you through it. You know what the next day looks like already.”

When spring comes around and the Kent State baseball season comes into full swing, Dell’s schedule looks a little different. He spends many hours on the road traveling for games, so planning his schoolwork around his baseball schedule becomes imperative. Typically, the team leaves midweek for away games and returns on Sunday or Monday. However, Dell still follows the same rules: “We’re missing a lot of school, so it’s all about routine and deadlines.” He explained that if he has assignments due the same day he pitches, he prioritizes getting those assignments finished beforehand.

Dell says that in a post-lockdown academic world, the rise of platforms like Zoom and Canvas has made school a lot easier, especially when traveling. When he was a freshman, classes were in person. If he missed class for baseball, he had to rely on a classmate for notes and updates. Since the beginning of the COVID-19 pandemic, professors have uploaded class material, making it easier to manage when he needs to miss class for a pitching appearance. Dell also says online classes are a bit more common, which are helpful instruction settings in the spring when he is on the road.

A native of Bridgeville, Pennsylvania, Dell liked Kent State for its location when he was deciding on a college choice. His parents watched him pitch throughout high school and wanted to be close enough so that they could continue to be involved in his baseball career. He was also drawn to Kent State’s impressive baseball program. “The coaching staff is amazing. Both [the pitching coach and the head coach] played in the major leagues, so you can’t get much better coaching than that,” he commented.

Dell already has a unique college experience as a student-athlete, but he also operates as an Honors College student. “It was a really cool opportunity that I really couldn’t say no to. I love the smaller classrooms… and the resources available being in the Honors College, and how it sets you up for your future.” His high school was small — with only about 20 to 30 students in a class. The small class sizes that the Honors College offers reflect his high school environment and make him more confident in his classes. With fewer students, classes are largely discussion-based, which Dell says is the best way for him to learn.

Playing baseball has taught Dell many lessons. While it has been the gateway to many successes, like winning the title of the MAC Pitcher of the Week in the spring 2022 season, he has also accumulated skills that go beyond the field. He remarked that staying disciplined is key: “Doing what you have to do and not always what you want to do… and keeping goals in line and realizing what the priority is in the moment.” As a team captain last season, Dell also says he has learned to communicate with a large group of people, which will be valuable as he heads into life after graduating from Kent State.

He plans to graduate in the summer of 2023. His goal is to play baseball professionally. If that does not come to fruition, he hopes to obtain a master’s degree in sports medicine and hold baseball as a core part of his life. In the meantime, Dell is going into his final year of the sport at the collegiate level. “It’s awesome. I love it. You have the team atmosphere that not a lot of people get to experience. Going through college and having 40 friends is nice. Having that competitive attitude throughout your day makes it more fun. It makes college a cool experience.”

PHOTO CAPTION 2: Honors College student Richie Dell throws a pitch during a game versus the University of Miami. Photo by David Dermer.