Mathew Blasio, an Honors College junior musical theatre major with a dance minor from Cleveland, Ohio,
completed an internship during the summer of 2019 with Woodstock 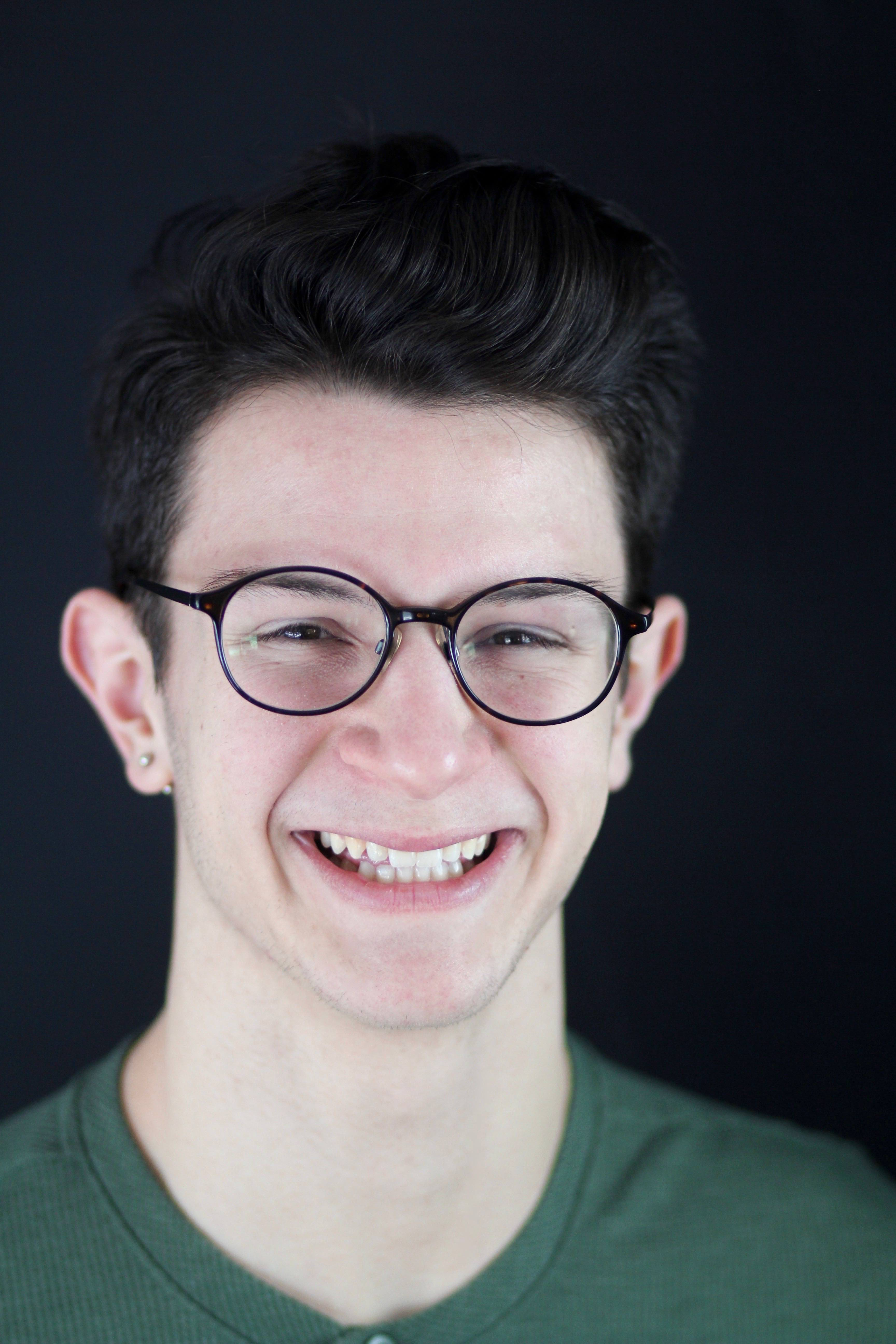 Playhouse in Woodstock, New York. During the summer, he acted in four productions: “Mamma Mia!,” “Newsies,” “Hair,” and a version of “Alice in Wonderland.” This kind of production schedule throughout the summer is referred to as “summer stock” in the theatre community, and it is commonly sought after by college students.

In order to get a position working in summer stock, Mathew traveled to New York City in January 2019 to attend the All in One (A1) Audition Conference. Rather than traveling all over the country to audition for many different companies, Mathew had a “unified audition” at the conference, which meant he could audition for the forty companies in attendance at once. Companies that were interested in Mathew asked him to do a callback audition focusing on specific songs and skills via video. After this second audition, he was offered a contract for the summer.

Mathew and his fellow cast and crew members worked from 9 AM to 10 PM from Tuesday to Sunday, with an hour of daily conditioning to start the morning, followed by twelve hours of rehearsal with two breaks for meals. As soon as one show was ready for the stage, which could take fewer than two weeks, rehearsals would begin for the next show, and sometimes the company would be working on up to three shows at once. After a show closed, actors would help the crew destroy the set. “We were almost always on crunch time,” Mathew says.

When asked how the Honors College assisted him in preparing for his internship, Mathew said that the Honors College partners with faculty in the School of Theatre and Dance to allow for more in-depth training and coursework, which have helped him feel more prepared, in addition to his general studies in his field. Mathew also says that Kent State’s professional summer theatre, Porthouse, was “a huge help” in his career journey. Mathew credits his past experience with Porthouse Theatre with teaching him how he deserves to be treated as an actor. “I owe a lot to Kent State and its support of the arts for my training and my future,” he says.

According to Mathew, the most valuable skill he learned from his internship was how to prepare for a show in a limited amount of time. He says that if he were casted in a currently touring Broadway show, he would have five to seven days to learn an entire track, and he would need to be able to perform it perfectly on stage the next week. This timeline may have scared him in the past, but now he has experience learning at a similar pace and he knows he is capable. Mathew is also grateful for the numerous connections he made in New York City as a result of his internship in addition to his contacts in other areas of the United States. This summer, Mathew will move to Santa Maria, California to work as the dance captain for the Pacific Conservatory of the Performing Arts’ production of “Something Rotten!”

When asked what advice he has for students who are seeking internships, Mathew says that his best piece of advice for an interview or audition is to remember that “the person on the other of the side of the table is rooting for you and wants you to be amazing.” Though the pressure to find internships can be stressful, Mathew also advises students to be easy on themselves and to remember that it’s okay to say “no” to opportunities that aren’t right for them. He adds that students will find their most fulfilling experiences when they express their true self in their cover letter and interviews. “Dare to be yourself. Dare to be different,” he says.