The annual Robert G. McGruder Distinguished Lecture and Awards Program recognizes the accomplishments of media professionals who encourage diversity. It is one of Kent State University's most successful events celebrating diversity.

Robert G. “Bob” McGruder was a trail-blazing Kent State journalist who listed a number of “firsts” on his resume: first black editor of the Daily Kent Stater and first black reporter at The Plain Dealer both in 1963; first black president of the Associated Press Managing Editors group in 1995; and first black executive editor at the Detroit Free Press in 1996. He died in April 2002 at the age of 60, but his legacy continues.

In addition to a scholarship in his name at Kent State, the School of Media and Journalism awards the Robert G. McGruder Distinguished Lecture and Award program. The event is co-sponsored each spring by Kent State’s School of Media and Journalism and the Division of Diversity, Equity and Inclusion. The award and lecture series serves as a reminder of the commitment Robert G. McGruder had for diversity. By honoring today’s media leaders who display the same fervent commitment, the award and lecture series also seeks to be an inspiration to students and media professionals. The school takes as guidelines for the award these words from McGruder:

“Please know that I stand for diversity … I represent the African-Americans, Latinos, Arab-Americans, Asians, Native Americans, gays and lesbians, women and all the others we must see represented in our business offices, newsrooms and our newspapers.” 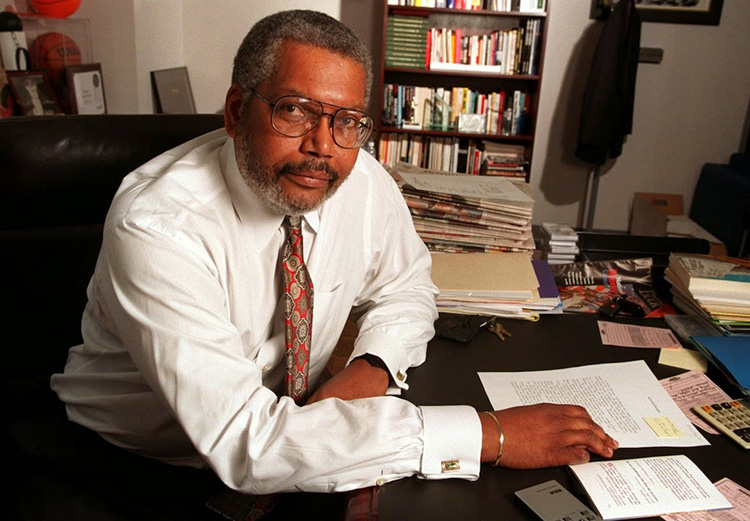