The event will begin with a welcome reception from 6:30-7 p.m. Guest speaker presentations will focus on the question “What advice do you wish you had been given at the start of your career?” Following the presentations, attendees will engage in breakout sessions that will allow them time to interact with the speakers and ask questions.  The event will end with an informal networking reception.

While the evening is geared toward women in the community who are college or high school students, the event is open to all and free to attend.  Providing a mentoring opportunity to area women is part of Northeast Ohio Protégé Project’s mission of furthering the education and advancement of women in the Northeast Ohio region.  The project strives to assist women who desire transformation through providing personal, academic, and professional guidance and encouragement through mentoring and support.

Those wishing to attend the event are asked to RSVP before Tuesday, April 3.  There is no charge for the event, but online reservations are appreciated.  For more information, visit the organization’s Facebook page.

Register for the Event 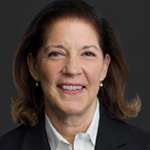 Mary Jane Trapp
Principal Attorney, Thrasher Dinsmore & Dolan
Former Judge, Ohio 11th District Court of Appeals
Mary Jane Trapp served a six-year term as an appellate judge in Ohio's 11th District from 2007-2013, during which time she served as a visiting judge on the Supreme Court of Ohio and in four sister districts by assignment of the Chief Justice, before returning to private practice.  A past president of the Ohio State Bar Association, She has authored more than 500 opinions and heard more than 1150 appeals, most notably the opinion upholding the constitutionality of the new form of government in Cuyahoga County. Trapp served on nine Supreme Court of Ohio commissions, committees, and task forces to develop policy for the bench and bar and served six years on the Supreme Court Rules Advisory Committee and its appellate rules subcommittee, as well as three years as the designee of the Ohio Courts of Appeals Judges Association on the Supreme Court of Ohio Commission on the Rules of Practice and Procedure. She served as chair of the Appellate Rules Subcommittee in 2011 and also served on Ohio Judicial Conference and College committees, including continuing serviced on the Ohio Jury Instructions Board of Editors. Trapp earned her Juris Doctorate from the Case Western Reserve University School of Law and is a past recipient of the Ohio Women’s Bar Association Founder’s Award, Lake County Democratic Women’s Club Woman of the Year, Ohio Legal Assistance Foundation Presidential Award for Pro Bono Service, Ohio State Bar Association Nettie Cronise Lutes Award, United Way Services of Geauga County Women's Leadership Council Award, and the McGregor Foundation Inspire Award, among others. 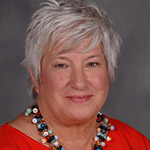 Susan J. Stocker, Ph.D.
Dean and Cheif Administrative Officer, Kent State University at Ashtabula
Appointed in 2001, Dr. Susan Stocker is the Dean and Chief Administrative Officer of Kent State University at Ashtabula. She holds the rank of Associate Professor at Kent State University and is the longest standing dean in the Kent State system. In addition to her duties on the Ashtabula Campus, Stocker recently served as the interim dean and chief administrative officer of Kent State University at Geauga, located in Burton, Ohio, and Kent State's Twinsburg Academic Center.  Prior to that she served as the interim dean of the Regional College since 2015 and was College of Nursing's interim dean during the 2013 academic year. During her career as a registered nurse and educator, Stocker has served in a number of leadership capacities. She served as the President of the Ohio Nurses Association from 1997-2001 and recently concluded her tenure on the Ashtabula County Medical Center Board of Trustees. Also actively engaged in the community, Stocker is the only woman to have served as the President of the Growth Partnership for Ashtabula County. Acknowledged as the 2016 Distinguished Alumni Award in recognition of her contributions to the field of nursing and nursing education,Stocker is the recipient of numerous honors: she was inducted into the Madison High School Alumni Hall of Fame in 2007, was honored as the Roger T. Beitler Distinguished Former Student award for the Ashtabula Campus of Kent State, received the President's Award from Growth Partnership for Ashtabula County, and was the first faculty member on the Ashtabula campus to receive the prestigious Kent State University Alumni Association Distinguished Teaching Award. 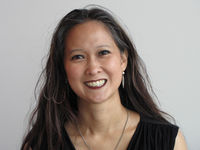 Mahli Mechenbier, J.D.
Associate Lecturer, Kent State University at Geauga
Mahli Mechenbier, an Associate Lecturer in the Department of English at Kent State University at Geauga, teaches Technical Writing, Business & Professional Writing, Introduction to LGBT Literature, Great Books to 1700, and Introduction to College Writing.  Mehenbier is a certified Master Reviewer and a certified Face to Face Facilitator for Quality Matters. "Prof. M" graduated with a Master of Arts in English Literature from John Carroll University and a Juris Doctor from The University of Akron.  She sits on the MLA executive committee of the Discussion Group on Part-Time Faculty Members and serves on the Modern Language Association Liaison Committee for the Association for Business Communication.  She is also a member of NCTE's Committee for Effective Practices for Online Writing Instruction and is an editor for the OWI’s Open Resource. Mahli was the recipient of the College of Arts & Sciences 43rd annual Distinguished Teacher Award in 2012. Her research interests include asynchronous online tone and communication methods; how academic administrations manage and budget distance learning; the unionization of professors; and employment conditions of contingent faculty members. She enjoys teaching the professional aspects of writing and stresses the importance of word choice and accurate language delivery in her classes.  Prof. Mechenbier has been teaching at Kent State University since 2003. Mahli was adopted from South Vietnam through Operation Babylift after an American missionary nun found her next to a road outside of Saigon.  She has two cats (Pandora and Freyja) and one hamster (Alejandro). 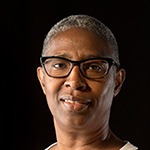 Dr. Rhonda Matthews is an Associate Professor of Political Science and Women's Studies in the Department of History, Politics, Languages & Culture at Edinboro University. Matthews has been with the university since 2002 and served as the Director of the Dr. Robert C. Weber Honors Program for three years. Prior to her work at EU, she taught at several other institutions and worked in the fields of diversity affairs and residence life. Matthews is dedicated to the advocacy and empowerment of women and children as a result of her previous work as a Sexual Assault Survivor Counselor. Using tenets of intersectional analysis, her primary areas of academic interest include gender and women's studies, sociological theory, popular culture and stratification. She is a long-time fan of science fiction, superheroes and comic books and is married to a badass man who together are rearing one badass daughter. The quote most emblematic of her and her philosophy of work, learning and social life is from the poet and feminist theorist, Audre Lorde. “Women are powerful and dangerous.” 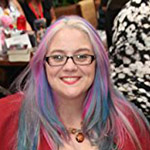 Virginia Nelson
Author
USA Today Bestselling author Virginia Nelson graduated with a Bachelor of Arts in English and an Associate of Science degree from Kent State University. She is currently pursuing a Master of Fine Arts in Writing Popular Fiction from Seton Hill University. Nelson has written more than fifty books- including Amazon, NookTop100, Kobo, iBooks, Bookstrand and ARe best-sellers- and edited nearly a hundred for various publishers. 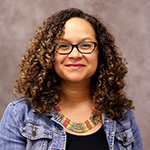 Amanda Dolan, M.Ed.
Director of Enrollment Management and Student Services, Kent State University at Ashtabula
Amanda Dolan is the Director of Enrollment Management and Student Services at Kent State University at Ashtabula and is a Doctoral Candidate in the Evaluation and Measurement program at Kent State. A staff member with the University for almost 10 years, Dolan is a graduate of Kent State earning her Master’s degree in Mental Health Counseling in 2008. She is also a graduate of Baldwin-Wallace College’s conservatory of music and studied at the prestigious Stella Adler Studio of Acting. Dolan is a proud mother or two and she and her husband live in Colebrook, Ohio, where she also serves as a member of the Grand Valley Board of Education.

Camille Licate, Founder and Director of Kids For Positive Change LLC, was born in Ashtabula, Ohio. From an early age, she had a great affinity for animals, children, writing and entertainment. She graduated from Mercyhurst University, in Erie, PA, earning a degree in Dance and minor in Anthropology.  She also studied with Mike Dooley, from TUT.com, and is a certified Infinite Possibilities Trainer. Licatte lived in NYC, where she studied and performed with The Martha Graham Dance Company and worked as a pottery analyst for The American Museum of Natural History.  She made the coastal leap to Los Angeles, CA, where she worked as a professional actress, writer and speaker. She’s booked 20 + television commercials, appeared in comedic sketches on NBC’s Jay Leno Show and was the lead in the film “Greystone,” which premiered at the New York Film Festival and London Film Festival. Licate authored and self-published the book, Small Shoes, which led to the launch of her motivational speaking career. An animal advocate, Licate worked for Orangutan Foundation International and traveled to Camp Leakey, in Borneo, Indonesia, to film and study the endangered orangutan.  She volunteered, for 10 years, with the California Wildlife Center and is currently the Co-Director of Education for Wild Bird Fund Education Center, in New York City. Licate is the recipient of a Martha Holden Jennings Foundation, Grants-to-Educators, which she used to launch a Flagship Kids for Positive Change Extended Program, for 4th graders at Superior Intermediate, in Ashtabula, Ohio. Camille is currently facilitating a Kids for Positive Change Year-Long Series, with all 4th and 5th grade students, at Superior and Erie Intermediate, in Ashtabula, Ohio, with the support of an Open Grant from Martha Holden Jennings Foundation, mini grants from Jane Goodall’s Roots & Shoots and a grant from the Robert S. Morrison Foundation.