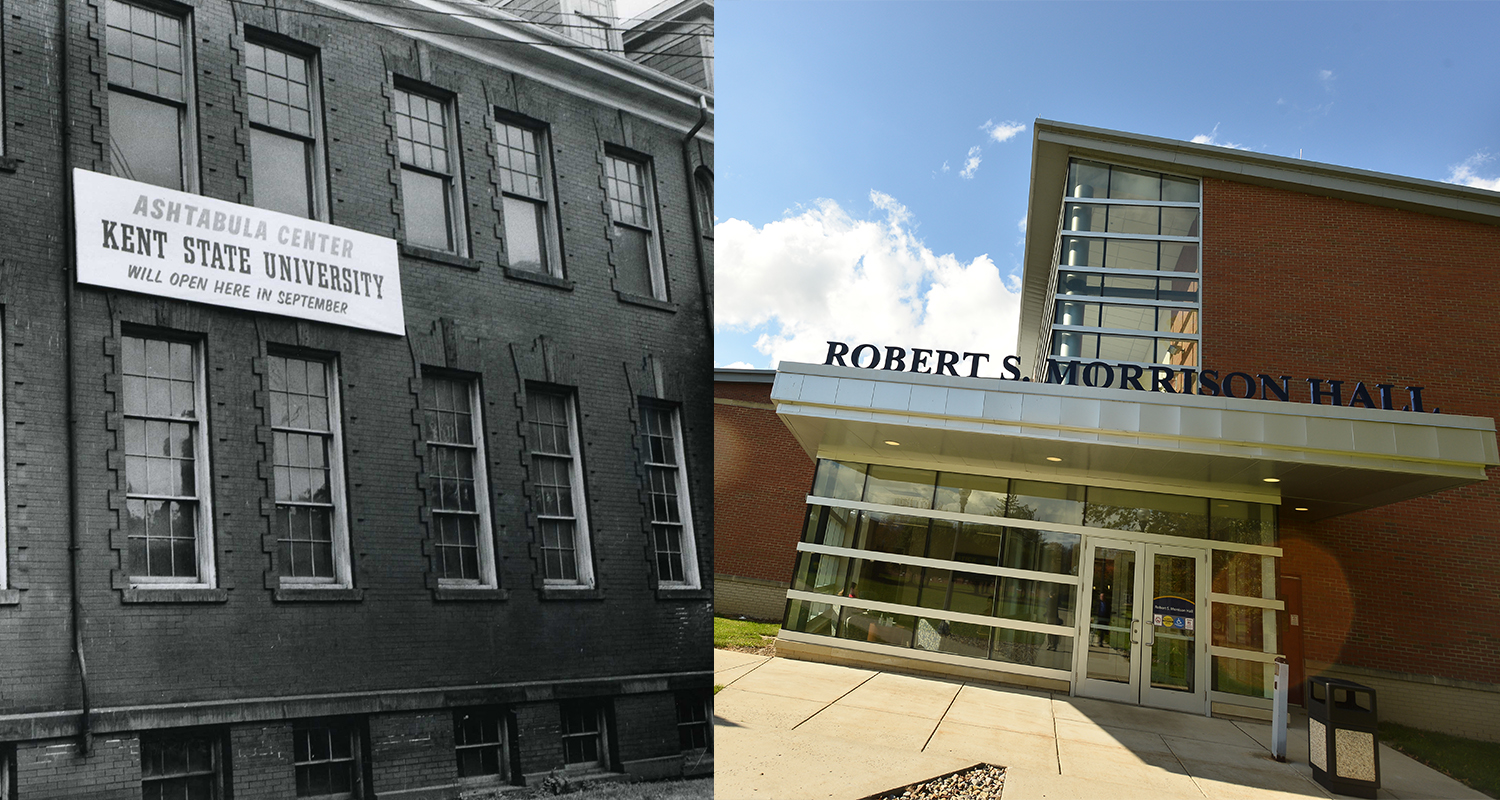 In 1957, a group of concerned citizens from Ashtabula County came together to discuss how to ensure economic vitality within their community.  Those community leaders decided it was important to establish an accredited university program in the county. Thanks to their efforts, Kent State University at Ashtabula was established in 1958 as the Ashtabula Center of Kent State University, employing three full-time faculty members, offering 79 courses, and housing 253 students in an unused junior high school building in the center of the city.  The campus’ first dean was Dr. Roger T. Beitler who served until 1963.

The school quickly began to outgrow the Park Avenue Junior High building. In 1963, 81 acres of land overlooking Lake Erie was donated by local entrepreneur Oliver C. Topky, and Dean Paul A. Reichert started his service to the campus.  Built at a cost of $1 million, the campus’ groundbreaking took place in 1965 with the construction of Main Hall, and classes began there in the fall of 1967.  The Library building and the Technology (now Bookstore) building were added in 1972.

Nearly 50 years from those opening days, the campus held a groundbreaking ceremony for the state-of-the-art Robert S. Morrison Health & Science Building on July 17, 2007, ushering in the newest technology and learning resources for the campus’ allied health degree programs.  In 2014, several student services offices in Main Hall were consolidated into a Student Services Suite that houses Admissions, Academic Advising, and Financial Aid and provides one-stop assistance for students.  As part of that project, a student lounge was also added, and the Commons was updated with new furniture and décor.  The campus’ master plan continues to guide updates and improvements to best serve students and the local community.

Since its founding, thousands of students have graduated from the Kent State Ashtabula campus, and tens of thousands of community members have enjoyed free concerts, guest lectures, and have taken non-credit courses for personal enrichment.  The campus continues to touch community life as many of the area’s organizations and boards have assembled in one of our meeting rooms, and degree programs, such as hospitality management and the wine degrees, have impacted the county’s economy.