As they prepare for careers as directors, writers and cinematographers in an industry that’s dominated by men, female filmmakers at Kent State University empower and support one another through the Female Filmmaker's Initiative (FFI).

Assistant Professor Dana White, an award-winning independent filmmaker, created the student group because throughout her career, she has seen the importance of creating female-driven content and leadership opportunities in film. White teaches digital media production (DMP) in Kent State’s School of Media and Journalism.

“As someone who has spent my whole life in the (film) profession, I’ve observed that women don’t always help each other,” she said. “I don’t think that’s the right way to do it. I think women have to band together. That’s how change happens.”

Statistics show that there’s a long way to go toward gender equality in film and television:

Yet the cohort of 10 female digital media production students who make up FFI are beginning to make their mark in the industry through producing the short film, “I Am,” which will premiere April 30, 2021 at 6 p.m. The streaming link is available on the organization's website. 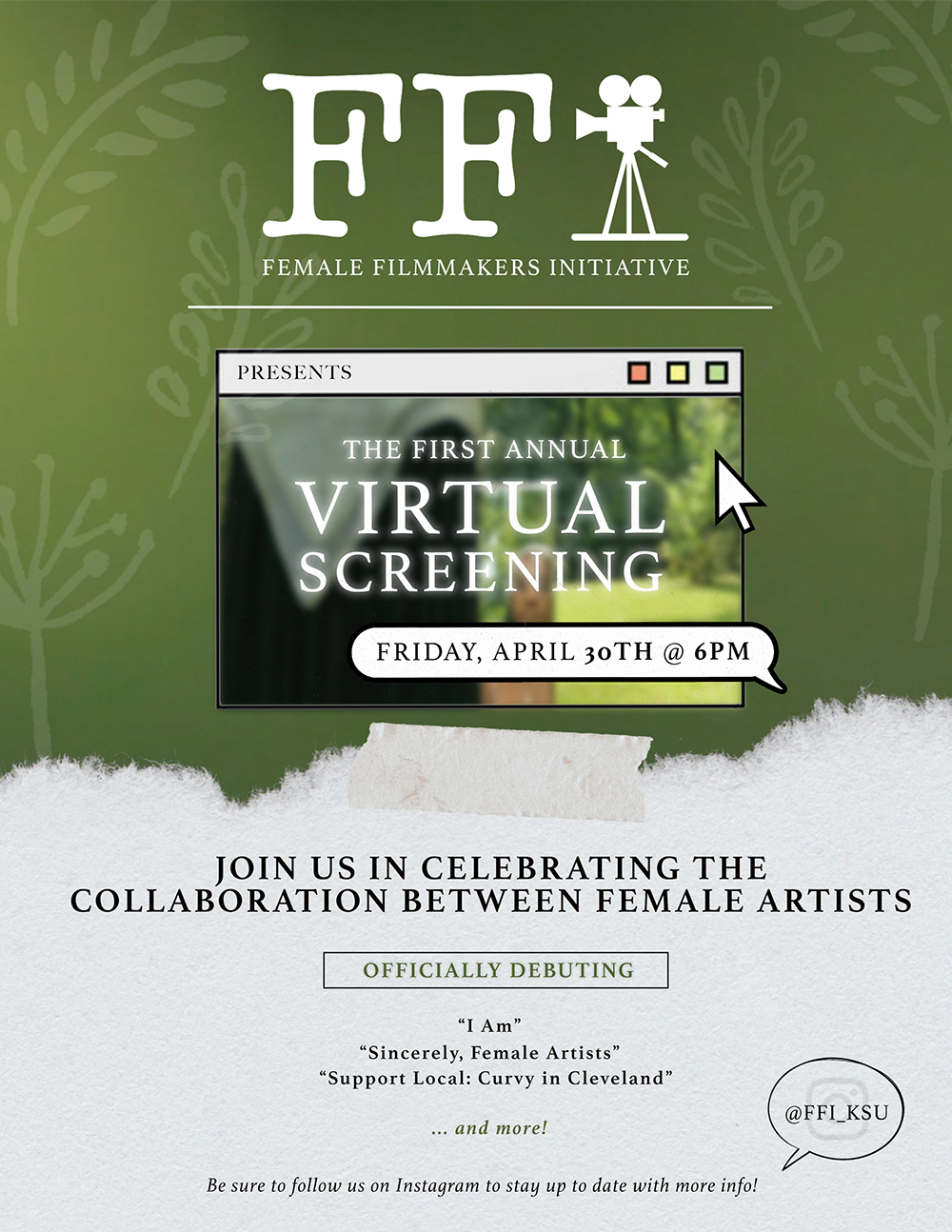 “I Am” is the ideal film for this moment and for this group, as it covers body positivity — something women of all ages struggle with. And for many, the struggles have been compounded amid the COVID-19 pandemic.

“It was kind of the perfect film to produce,” says DMP senior Ailene Joven, the film’s director of photography. “With COVID, a lot of us feel trapped in our thoughts, looking in the mirror every day. ... It’s important for us to stick together in hard times.”

“I Am” is a mini documentary, with an entirely female cast, crew and creative team. It’s centered on founding FFI member and Kent State alumna Tierra Tramble, ‘20. In the film, Tramble talks about her self-discovery and her body in a positive and poetic way.

Filming took place in September, amid many pandemic precautions, and Joven says, “it was challenging to create documentary as good as we wanted it to be during these times.”

Yet they persevered and created something they are excited to show off to the filmmaking and greater community — in Kent, Northeast Ohio and beyond. "I Am" has been accepted to the Montreal Independent Film Festival. FFI was awarded a grant from the University Research Council to submit “I Am” to film festivals, and they hope this will help their work will gain even more exposure this summer and fall.

“It’s a subject that’s just so important. I’m so proud of them for taking it on,” White says. “One of the things it says to me about young women, one of the things that makes them all uniquely special, is that they’re such giving people and giving artists. They chose something to do good in the world. They have a sense of trying to contribute to the world in a positive way.

“That’s what the Female Filmmaker's Initiative is about. It’s not just about giving opportunities to one another and other women; it’s about lifting women up in particular ways.”

Senior Juliana Butchko, who served as producer of “I Am” says she has felt uplifted as a female filmmaker through her involvement with FFI.

“At the start, I wasn’t really sure what my passions were, but Miss Dana saw a light in me and my talents, and I thought that was amazing,” she says.  “At the beginning, I was very unsure about myself, and I can see that I have grown. This organization has really put a foot in the door for all of us. It’s such an important thing right now because it’s a male dominated field.”

“I Am” will premiere in a film festival style virtual event, along with two other documentary projects FFI has taken on — one about female artists and the other about Black female business owners. A selection of female digital media production students’ senior projects will also be showcased.