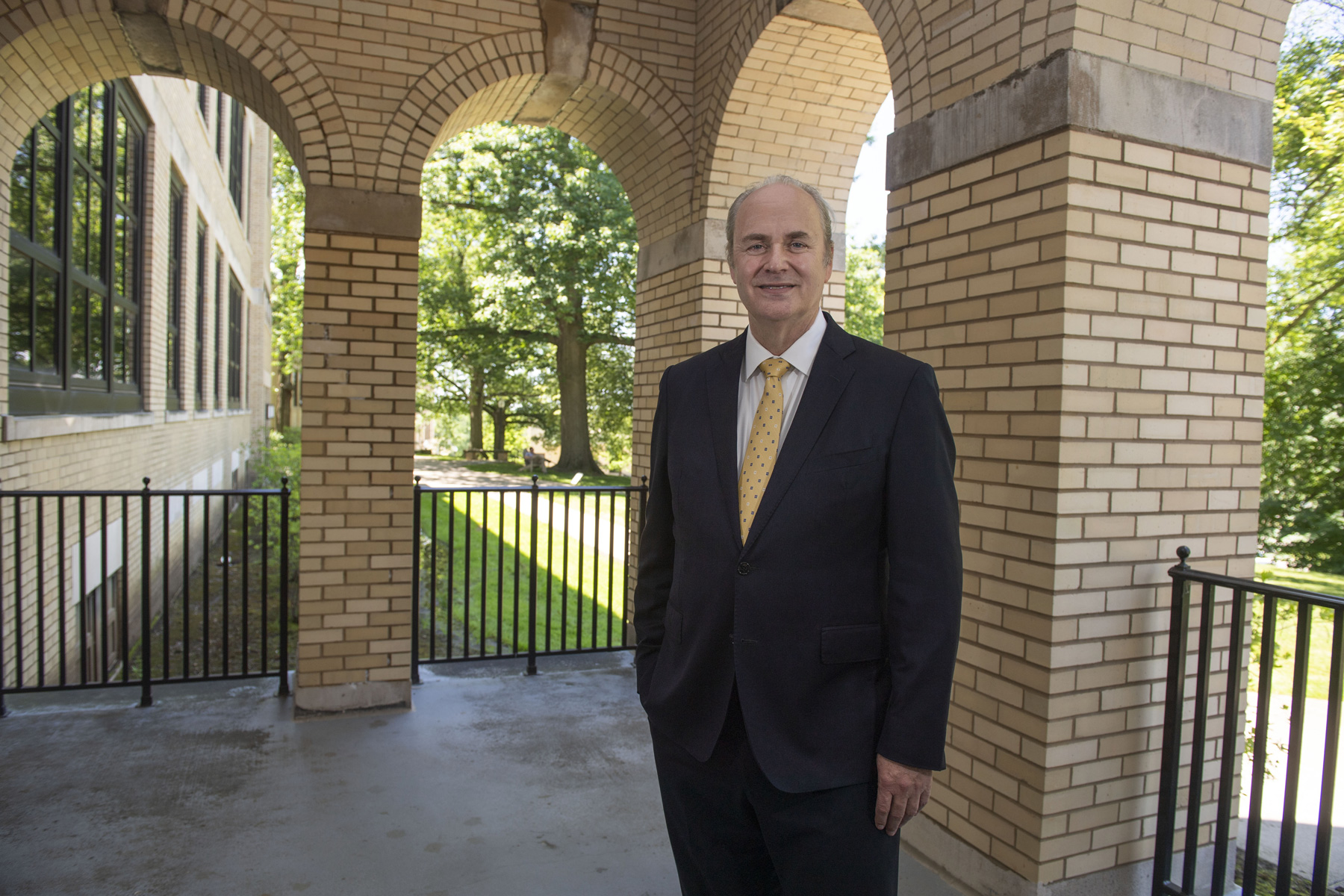 As Todd Diacon, Ph.D., steps into his new role as Kent State University’s 13th president, his schedule for his first day includes an early workout at the Warren Student Recreation and Wellness Center, a breakfast with community leaders at the Kent State University Hotel and Conference Center and a luncheon on campus with student leaders.

During the breakfast, President Diacon praised the city and business leaders of Kent for their authenticity in supporting the Kent State community, specifically in their support of parents and students. He also made mention of the city's caring approach to helping international students to acclimate and transition to college life in Ohio.

At the time of his hiring in April, the Kent State Board of Trustees praised President Diacon’s deep understanding of the university’s strengths and potential.

“We all agree that he has the leadership ability to accelerate our momentum in reaching our highest aspirations,” Board Chair Ralph Della Ratta said. “Dr. Diacon is committed to advancing Kent State’s position as a top-tier public research university and our intense focus on strengthening student success, research and academic excellence.”

President Diacon has been instrumental in developing creative ways to boost the university’s international reach and reputation, including establishing the American Academy at the Pontifical Catholic University of Paraná (PUCPR), a major university in Brazil.

President Diacon has 30 years of higher education leadership experience. As executive vice president and provost, he was the second highest-ranking administrator behind the president. He joined Kent State in April 2012 and has been responsible for all academic functions of the university, leading the administration, faculty, and staff within more than 20 academic units, including colleges, schools, departments and Regional Campuses of an eight-campus system that enrolls more than 38,000 students.

President Diacon’s commitment to the recruitment of diverse faculty significantly increased the number of faculty hires from underrepresented groups and contributed to Kent State earning the distinction as the No. 1 university nationwide in Forbes’ list of America’s Best Employers for Diversity 2019.

President Diacon has contributed significantly to elevating Kent State’s academic excellence. During his time as provost, Kent State has enrolled five of its largest freshman classes, increased the number of undergraduate degrees awarded and raised the academic profile of the freshman class. His innovative approaches to student success resulted in a dramatic rise in graduation rates and in achieving record retention rates.

Before coming to Kent State, President Diacon served as deputy chancellor at the University of Massachusetts Amherst. His duties included supervising the university’s strategic plan, leading special projects, co-directing university relations with state government, coordinating town-gown initiatives and directing the UMass Community College Connection to encourage community college students to enroll at UMass. In addition to his role of deputy chancellor at UMass, he was a professor of history.

Prior to UMass, President Diacon worked at the University of Tennessee from 1989 to 2010, joining first as an assistant professor of history. During his career there, he held various positions, including director of the Latin American studies program, head of the history department, NCAA faculty athletics representative, professor of history with tenure, vice provost for academic operations and executive director for academic assessment and program support.

As an academic, President Diacon specializes in agrarian history and the history of central state power in Brazil. He has authored publications on student success and on the administration of higher education, and he has written several journal articles and two books. His book “Stringing Together a Nation” won the 2005 Warren Dean Prize for the most significant book on Brazilian history.