Kent State University at East Liverpool recognized the academic achievements of several students during its annual Wall of Fame and Honors Banquet, as well as the support from community members. 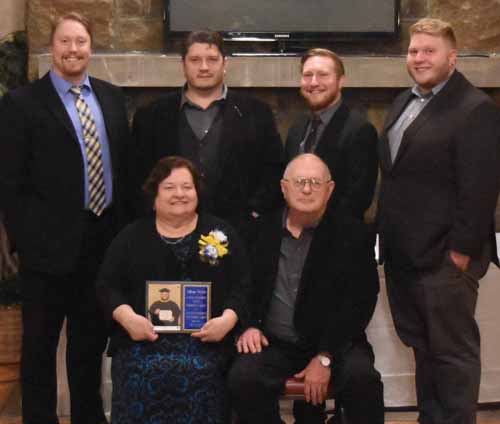 The late Adam Steel received the Friend of the Campus Award, recognizing his achievements and service to Kent State University, which began while he was in high school and continued as an undergraduate student, grad student and through his role as manager of circulation services at the Kent State library.

Photo B: The family of Brett Hartenbach